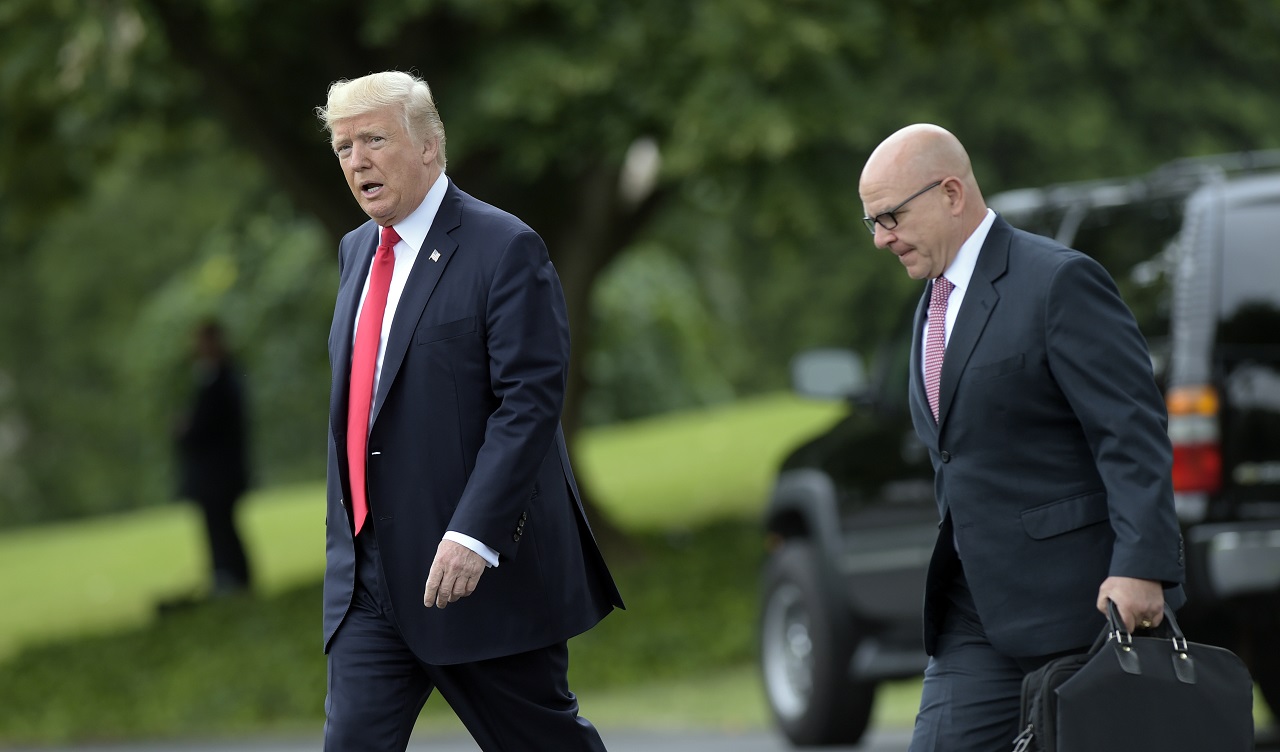 President Donald Trump walks with National Security Adviser H.R. McMaster from the Oval Office to Marine One on the South Lawn of the White House in Washington, Friday, June 16, 2017, for a short trip to Andrews Air Force Base, Md., then onto Miami.

President Donald Trump confirmed Friday he was under investigation and appeared to take aim at a senior Justice Department official, in a tweet that seemed to encapsulate his frustration with the ongoing focus on Russia's involvement in the 2016 election.

In another tweet earlier Friday, Trump writes, "After 7 months of investigations & committee hearings about my 'collusion with the Russians,' nobody has been able to show any proof. Sad!"

The Trump tweets come after the top lawyer for his transition team warned organization officials to preserve all records and other materials related to the Russia probe. An official of Trump's transition confirmed the laywer's internal order sent Thursday.

The transition official spoke on condition of anonymity because the person was not authorized to discuss post-election decisions publicly.

Trump's tweet that he's being investigated "by the man who told me to fire the FBI Director" may refer to Deputy Attorney General Rod Rosenstein. Rosenstein in a memo to Trump raised concerns over FBI Director James Comey. Trump cited the memo in firing Comey.

And it was Rosenstein who appointed Robert Mueller as special counsel to investigate Russian involvement in the 2016 presidential election and possible collusion with the Trump campaign.

The White House has directed questions to outside legal counsel, which has not responded.

Trump is under increasing pressure on the Russia probe.

The transition order came the same day that Vice President Mike Pence's confirmed that he had hired a private lawyer to represent his interests in the expanding probe. Pence headed the Trump transition until inauguration day.

The transition official said the organization has also separately asked the General Services Administration to preserve records from the Trump transition that were transferred to its facilities after Trump's inauguration. The transition, a nonprofit structurally separate from the Trump campaign, continues to operate with a small staff.

The memo sent Thursday asks for records related to foreign travel, contacts with Russian "officials, agents or nationals" and background investigations into the top Trump associates now targeted by Mueller's probe. The memo asks for preservation of electronic communications and data, telephone logs, audio recordings, videos, calendars and other items.

Friday's tweets are the latest in a week of angry social media responses by the president over a report by The Washington Post that Mueller was looking into whether Trump obstructed justice.

"Why is that Hillary Clintons family and Dems dealings with Russia are not looked at, but my non-dealings are?" he asked at one point.

"They made up a phony collusion with the Russians story, found zero proof, so now they go for obstruction of justice on the phony story. Nice," Trump wrote in his first tweet. "You are witnessing the single greatest WITCH HUNT in American political history - led by some very bad and conflicted people! #MAGA."