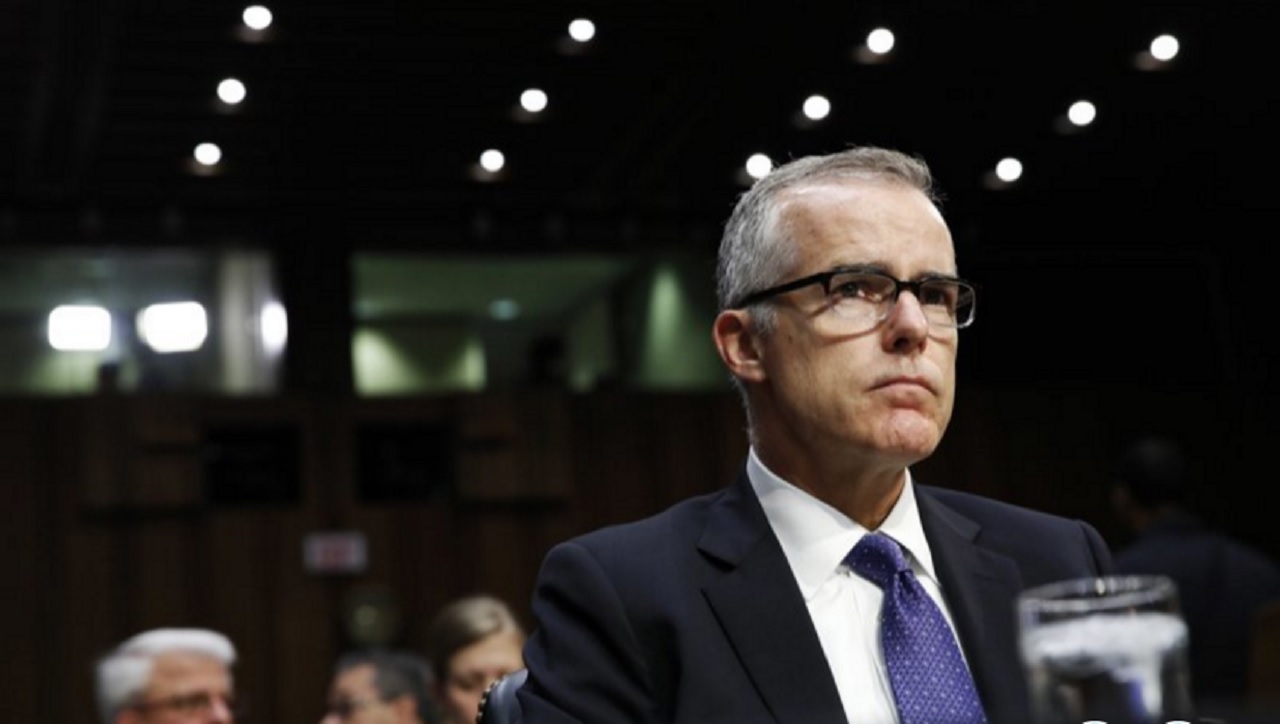 President Donald Trump again questioned the impartiality of the deputy director of the FBI, Andrew McCabe, who is planning to retire from the bureau in the months ahead after being buffeted by attacks over alleged anti-Trump bias in the agency.

In a tweet Saturday, the president wrote: "How can FBI Deputy Director Andrew McCabe, the man in charge, along with leakin' James Comey, of the Phony Hillary Clinton investigation (including her 33,000 illegally deleted emails) be given $700,000 for wife's campaign by Clinton Puppets during investigation?"

McCabe spent hours behind closed doors on Capitol Hill this week being grilled by lawmakers on two separate committees as part of a new investigation of the FBI and its 2016 inquiry into Clinton's email practices when she was secretary of state. His role supervising the email investigation has come under renewed scrutiny.

McCabe's wife, Jill, received $700,000 in donations from Virginia Gov. Terry McAuliffe's political action committee and the Virginia Democratic Party for a state Senate race in 2015. The money was donated before McCabe was promoted to deputy director and assumed a supervisory role in the Clinton email investigation. McAuliffe is a longtime supporter of Clinton and her husband, former President Bill Clinton.

McCabe became acting FBI director last May after Trump fired Comey, who was overseeing the bureau's investigation into Russian interference in the 2016 presidential election. Trump maintains there was no collusion between his campaign and the Russian government, and has blasted the investigation as a "witch hunt."

From his South Florida home, where he is spending the holidays, Trump also tweeted that McCabe "is racing the clock to retire with full benefits. 90 days to go?!!!"

McCabe plans to retire in about 90 days, when he becomes fully eligible for pension benefits, The Washington Post reported Saturday, citing people familiar with the situation. Trump and his Republican allies have made it clear that they want McCabe out of the FBI. But McCabe is a civil service employee who cannot be fired without clear evidence of wrongdoing.

McCabe was among the candidates Trump interviewed for the FBI director's job after he dismissed Comey. He also has been a focus of Trump's ire for some time.

Trump originally tweeted about McCabe's wife's campaign in July, inaccurately describing the campaign donation as coming from Clinton: "Problem is that the acting head of the FBI & the person in charge of the Hillary investigation, Andrew McCabe, got $700,000 from H for wife!"

In a second tweet that month, the president asked "why didn't A.G. Sessions replace Acting FBI Director Andrew McCabe, a Comey friend who was in charge of Clinton investigation," referring to Attorney General Jeff Sessions.

The FBI declined to comment on reports about retirement by McCabe, who was summoned to Capitol Hill this week and grilled for hours by two congressional committees.

Republicans charge that an anti-Trump bias exists in the bureau's ranks, citing the campaign donations to McCabe's wife and, more recently, the release of hundreds of text messages between FBI counterintelligence agent Peter Strzok and FBI lawyer Lisa Page. Strzok and Page used words like "idiot" and "loathsome human" to describe Trump during the campaign.

Strzok was removed the team of special counsel Robert Mueller, who is leading the Russia investigation, over the summer after the text messages surfaced.

Democrats accuse the GOP of diversionary tactics and say their criticism could embolden Trump to take steps to fire Mueller.

Trump suggests he was trying to keep FBI director honest