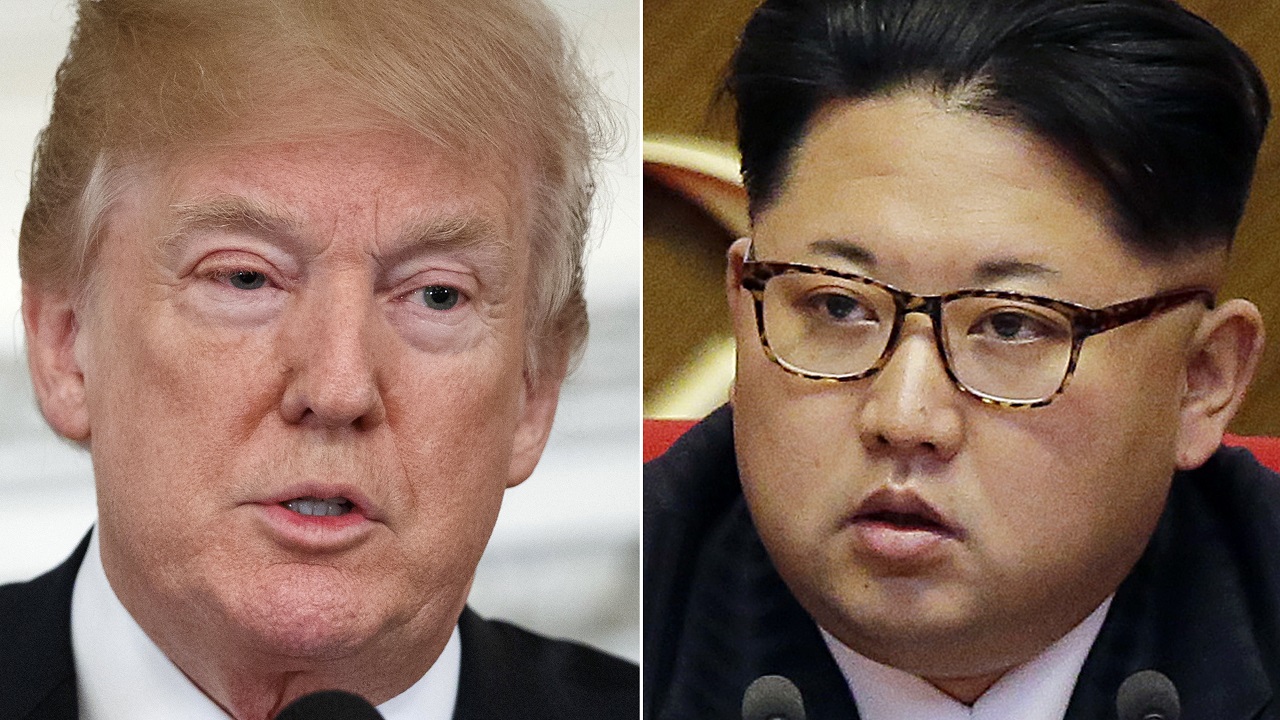 Late last week, the shock announcement that US President Donald Trump will meet North Korean leader Kim Jong-un by the end of May made headlines around the world. The talks – if they go ahead – would be unprecedented. No sitting US president has ever met a North Korean leader. So why talks now? Here’s Loop’s quick guide:

Late on Thursday, South Korea’s National Security Director Chung Eui-Yong told reporters at the White House that Trump and Kim would meet. The director had just returned from a meeting in Pyongyang with Kim. There, he said, Kim had promised to refrain from further nuclear or missile tests and expressed eagerness to meet Trump as soon as possible. Trump then agreed to meet Kim by the end of May, he said.

How unexpected is this?

Very. The US and North Korea have no diplomatic ties and leaders of the two nations have never met. Under Kim Jong-un, ties with the US have gone from bad to worse, leading to open fears of conflict.

Relations have been deteriorating since 2007 when years of talks aimed at ending North Korea’s nuclear programme broke down. North Korea has continued to work on weapons development and, since Trump took office, has significantly increased its pace of testing. It says it now has the capability to hit the continental US with a nuclear-armed missile (though experts are not sure yet whether this is true). Last year Washington and Pyongyang traded unusually strong threats – North Korea threatened to strike the US territory of Guam while Trump promised to respond with “fire and fury”.

Do we know when and where the meeting will happen?

No. There is no date and no location as yet. It is seen as very unlikely that Kim would go to Washington or Trump to Pyongyang, so most expect a neutral location to be used. Suggestions include the truce village of Panmunjom in the demilitarized zone that divides the two Koreas or a ship in international waters. One caveat – Kim is not known to have travelled outside North Korea since he took office in 2011. North Korea has also not yet formally responded to the announcement of talks last week.

What are we expecting?

It’s not clear. Most presidential summits take place after months of behind-the-scenes talks and with agendas and/or breakthroughs largely agreed in advance. That doesn’t seem to be the case here - this South Korean-brokered meeting has come somewhat out of the blue. The US position remains that it wants North Korea to abandon its nuclear weapons programme in exchange for aid and diplomatic incentives.

What does North Korea want?

Again, we don’t know. It could be that Trump’s policy of talking tough, combined with years of economic sanctions, has yielded dividends and Kim will put abandoning his nuclear programme on the table. But, say experts, it could also be that North Korea wants a propaganda “win” in terms of face-to-face talks between Kim and Trump, and wants the US to accept it as a legitimate nuclear-armed state.

So are the talks a positive move?

Experts are on the fence so far. Some commentators say that if the two leaders can develop a rapport, a meeting could help reduce tensions, making conflict less likely and laying building blocks for future detailed negotiations. But others warn that if the talks go badly, the situation could become worse than before.

Some say that to deal successfully with North Korea and deliver a clear message, Trump needs to show a greater grasp of detail and a more even temperament than he’s demonstrated to date. Others say the US and North Korea may have entirely different expectations of the meeting. And with many details to work through, there’s a lot of work to be done before the meeting becomes a certainty.

On Saturday, Trump gave his opinion of what might happen at the talks, saying:  “I may leave fast or we may sit down and make the greatest deal for the world.”

Who are North Korea's "robotic' cheerleaders?