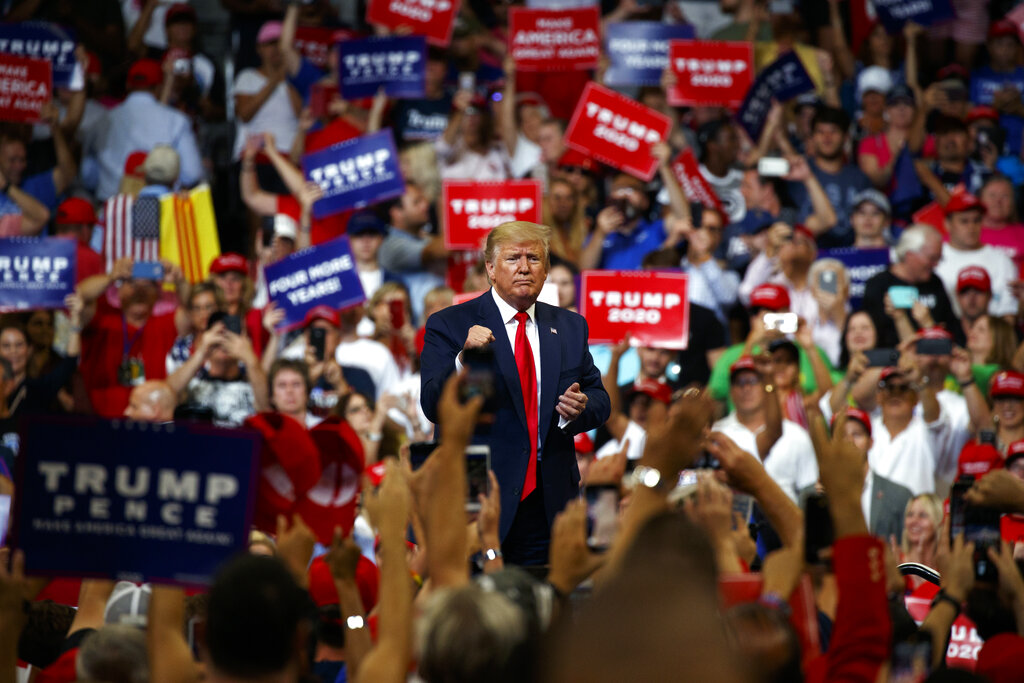 Trump jabbed at the press and poked the political establishment he ran against in 2016 as he kicked off his re-election campaign with a grievance-filled rally focused more on settling scores than laying out his agenda for a possible second term. (AP Photo)

US President Donald Trump raised $24.8 million in the less than 24 hours after kicking off his re-election campaign.

The staggering sum was announced in a tweet on Wednesday morning by Republican Party Chairwoman Ronna McDaniel. It dwarfs what the top Democratic contenders in the 2020 White House primary raised over the course of the first three months of this year.

Trump already reported $48.7 million cash on hand at the end of March, spread across three committees tied to his campaign. The Republican National Committee had an additional $34.7 million during the same period.

On Tuesday, the president jabbed at the press and poked the political establishment he ran against in 2016 as he kicked off his re-election campaign with a grievance-filled rally focused more on settling scores than laying out his agenda for a possible second term. 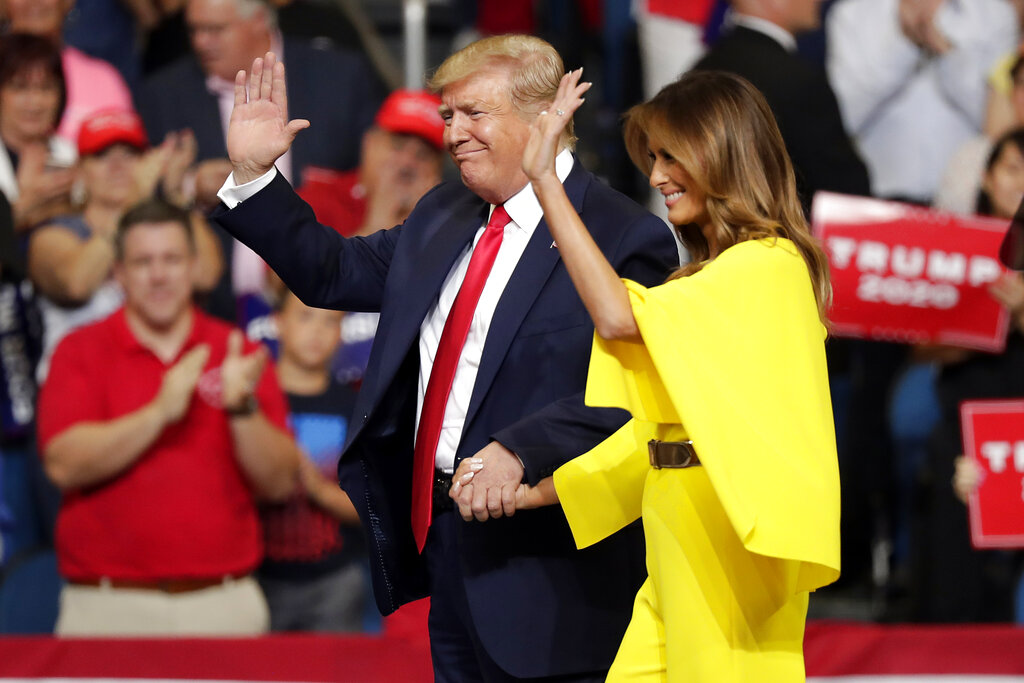 Addressing a crowd of thousands at Orlando's Amway Center, Trump complained he was "under assault from the very first day" of his presidency by a "fake news media" and an "illegal witch hunt" that had tried to keep him and his supporters down.

He painted a disturbing picture of what life would look like if he loses in 2020, accusing his critics of "un-American conduct" and saying Democrats "want to destroy you and they want to destroy our country as we know it."

"A vote for any Democrat in 2020 is a vote for the rise of radical socialism and the destruction of the American dream," he said. Trump made only passing mention of any of the Democrats running to replace him even as he tossed out "radical" and "unhinged" to describe the rival party. 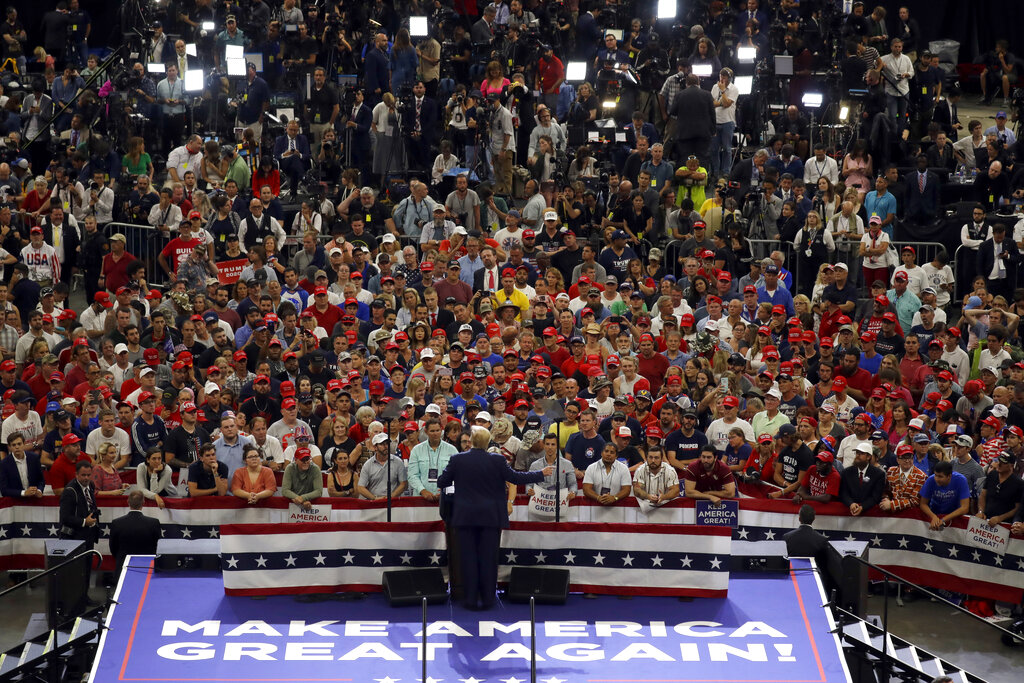 In his speech, Trump spent considerably more time focused on former Democratic rival Hillary Clinton than on his current 2020 challengers, even though she is not on the ballot.

He also spoke fondly of his 2016 race, calling it "a defining moment in American history." He said that in the years since, he had upended Washington, staring down "a corrupt and broken political establishment" and restoring a government "of, for and by the people."

He never has really stopped running. He filed for reelection on Jan. 20, 2017, the day of his inauguration, and held his first 2020 rally in February, 2017, in nearby Melbourne. He has continued holding his signature "Make America Great Again" rallies in the months since.

Trump asked the crowd whether he should stick with "Make America Great Again" or upgrade his slogan. His new one — "Keep America Great" — was greeted with boisterous cheers.