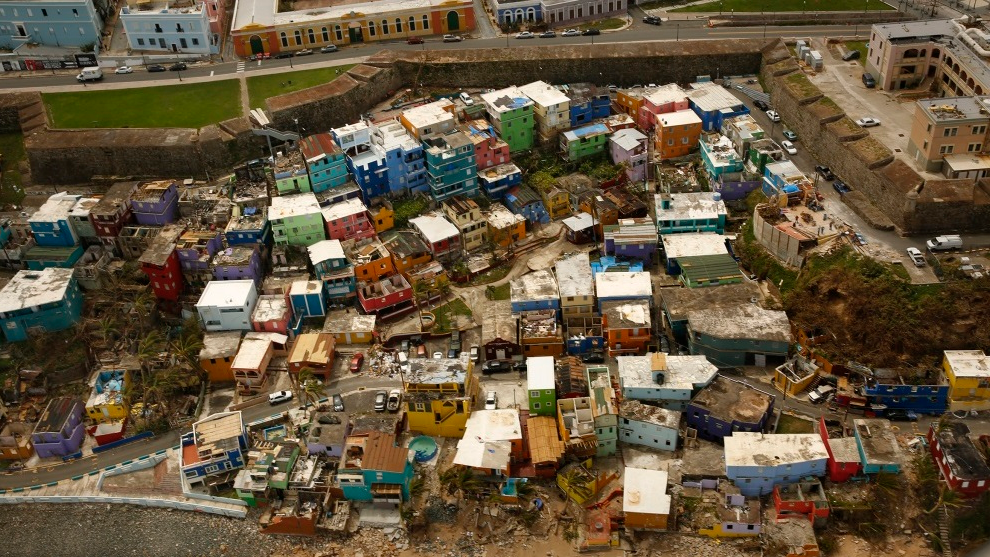 President Donald Trump on Thursday rejected the official conclusion that nearly 3,000 people died in Puerto Rico from last year's Hurricane Maria, arguing without evidence that the number was wrong and calling it a plot by Democrats to make him "look as bad as possible."

As Hurricane Florence approached the Carolinas, the president picked a fresh fight over the administration's response to the Category 4 storm that smashed into the U.S. territory last September. He visited the island in early October to assess the situation.

"3000 people did not die in the two hurricanes that hit Puerto Rico. When I left the Island, AFTER the storm had hit, they had anywhere from 6 to 18 deaths. As time went by it did not go up by much. Then, a long time later, they started to report really large numbers, like 3000... " Trump tweeted Thursday. 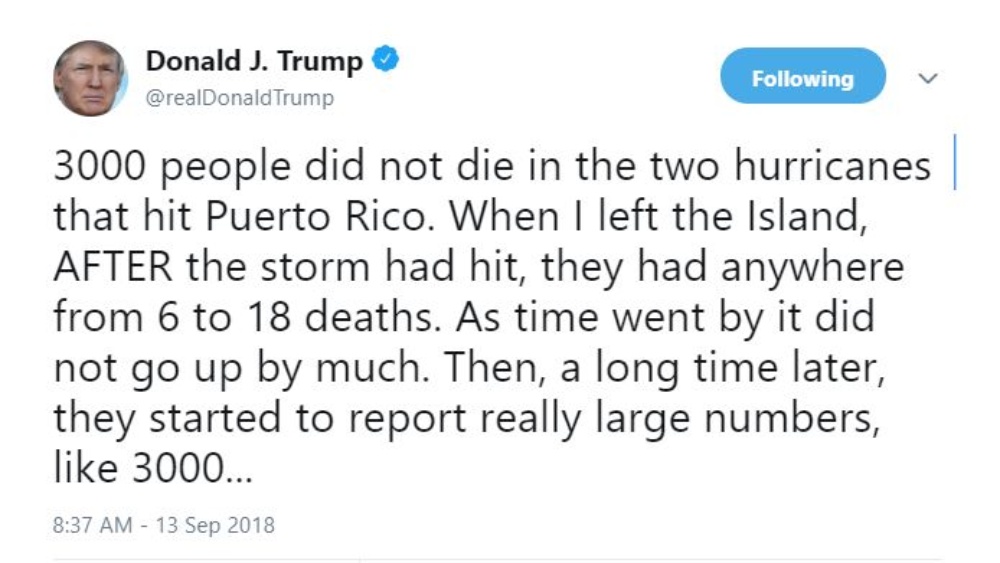 Trump then implied that some of the deaths were attributed to the storm but may have been actually old age.

“....This was done by the Democrats in order to make me look as bad as possible when I was successfully raising Billions of Dollars to help rebuild Puerto Rico. If a person died for any reason, like old age, just add them onto the list. Bad politics. I love Puerto Rico!”

Puerto Rico's governor last month raised Maria's official death toll from 64 to 2,975 after an independent study found that the number of people who succumbed in the sweltering aftermath had been severely undercounted.

Trump says 3,000 Puerto Ricans ‘did not die’ in Hurricane Maria

Previous reports from the Puerto Rican government said the number was closer to 1,400.

The estimate of nearly 3,000 dead in the six months after Maria devastated the island and knocked out the entire electrical grid was made by researchers with the Milken Institute School of Public Health at George Washington University. The study said the original estimates were so low because doctors on the island had not been trained to properly classify deaths after a natural disaster.

The elderly and impoverished were hardest hit by the storm. Puerto Rico is still struggling to recover. Blackouts remain common. Nearly 60,000 homes are covered by only makeshift roofs not capable of withstanding a Category 1 hurricane. Also, 13 percent of municipalities lack stable phone or internet service.

Trump this week defended his administration's efforts in Puerto Rico against widespread criticism. He called it an "incredible, unsung success" and renewed his verbal spat with the Democratic mayor of San Juan, Carmen Yulín Cruz.

Puerto Rico's governor, Ricardo Rossello, seized on Trump's use of the word "successful" and said in a statement: "No relationship between a colony and the federal government can ever be called 'successful' because Puerto Ricans lack certain inalienable rights enjoyed by our fellow Americans in the states." 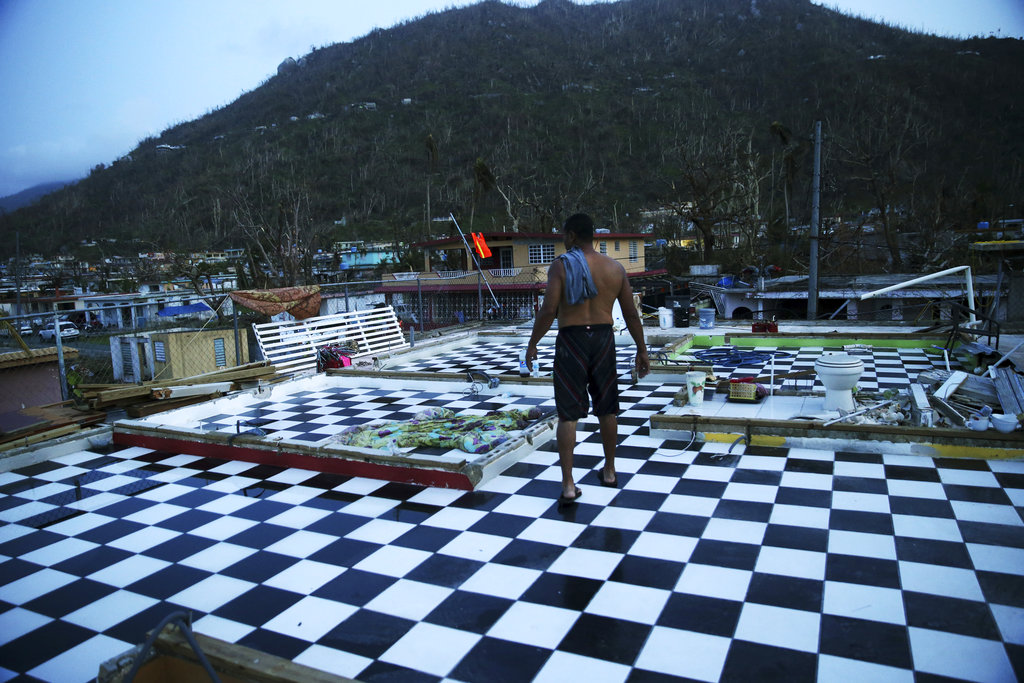 (FILE - In this Sept. 26, 2017 file photo, Nestor Serrano walks on the upstairs floor of his home, where the walls were blown off, in the aftermath of Hurricane Maria, in Yabucoa, Puerto Rico. President Donald Trump's assertion on Wednesday, Sept. 12, 2018, that the federal government's response to Hurricane Maria was "an incredible, unsung success" is falling flat in Puerto Rico, where islanders are still struggling to recover a year later. For many, Trump's boast is hard to square with their daily reality: Blackouts remain common, and nearly 60,000 homes have only a makeshift roof. (AP Photo/Gerald Herbert, File)

Puerto Rico has been a U.S. territory since 1898. Its inhabitants are U.S. citizens, though they are barred from voting in presidential elections and have only one congressional representative with limited voting powers.

Rossello said Maria was "the worst natural disaster in our modern history" and that work remained before the island could move on to other stages of recovery. He also said he was waiting for Trump to respond to a petition to help Puerto Rico complete work on emergency housing restoration programs and debris removal.

Trump, who has struggled to express public empathy at times of national crises, sparked outrage during his post-Maria visit when he feuded with San Juan mayor and passed out paper towels to victims like he was shooting baskets.

After that visit, Trump said Puerto Ricans were fortunate that Maria was not a catastrophe on the scale of Hurricane Katrina, which hit the U.S. Gulf Coast. All told, about 1,800 people died in that 2005 storm.

Puerto Rico moving on as one-year anniversary of Hurricane approaches