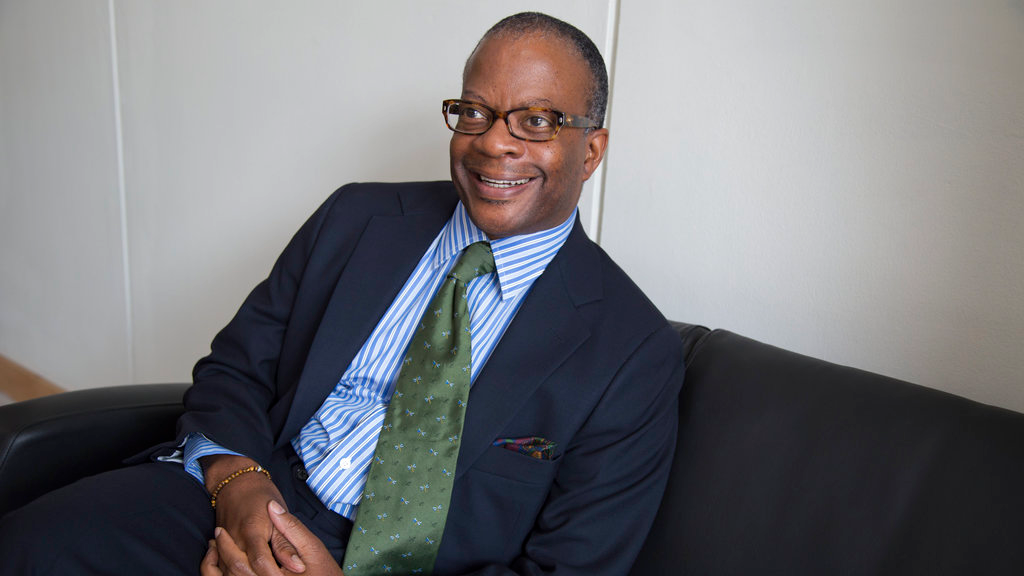 In this June 17, 2015 photo, U.S. Ambassador to Guatemala Todd D. Robinson poses for photos during an interview in Guatemala City.

The Trump administration will send to Venezuela as its top diplomatic envoy a former ambassador with a reputation for candidness and controversy at a time when relations between the countries are rapidly deteriorating.

The decision to send Todd D. Robinson to Venezuela was confirmed by the office of Rep. Ileana Ros-Lehtinen, a Florida Republican.

In his long diplomatic career, Robinson specialized in Latin America, with stints in Colombia, Bolivia, El Salvador and the Dominican Republic. As ambassador to Guatemala for three years until September he earned a reputation for speaking out and several times had to face calls for his expulsion. He was a vocal supporter of a United Nations anti-corruption commission that accused Guatemalan President Jimmy Morales of breaking campaign finance laws. He regularly criticized Guatemalan lawmakers, once even calling them "idiots" for hiring an American lobbying firm to improve relations between the two countries.

"There are four idiots in congress. I have worked closely with many of the lawmakers, but there are some for whom I have no respect neither as lawmakers nor as authorities," Robinson said, according to an audio recording that emerged and was published online by Prensa Libre.

Robinson will arrive to Venezuela at a critical time for U.S. relations with the socialist-run country. The Trump administration has sanctioned dozens of top officials, including President Nicolas Maduro, for violating human rights and taking the country on the path of what the State Department has labeled a "dictatorship." In August, the U.S. also imposed tough financial sanctions on the country that ban Americans from lending money or exchanging bonds with the government and state-owned oil company PDVSA.

Venezuela and the U.S. haven't exchanged ambassadors since 2010, so Robinson, while preserving his ambassadorial rank, will take up the position of chief of mission in the U.S.' hilltop embassy in Caracas. He will replace Lee McClenny, who was nominated to serve as U.S. Ambassador to Paraguay.

Patrick Duddy, the last U.S. Ambassador to be expelled from Venezuela, in 2008, said Robinson's experience and deep knowledge of the region will serve him well at a time of growing concern in Washington about a social crisis marked by triple-digit inflation and widespread shortages.

"His appointment sends a signal that the Trump administration is taking the crisis in Venezuela very seriously," said Duddy, who now teaches at Duke University.

The State Department did not respond to a request for comment on Friday and there has been no reaction yet from Maduro's administration.

He also served as a deputy head of the State Department's anti-narcotics policy office, working alongside another outspoken diplomat, the recently retired William Brownfield, who drew controversy as ambassador in Venezuela more than a decade ago when he tried to donate baseball bats and gloves in slums.

Duddy said that while any U.S. envoy to Caracas these days necessarily has his bags half-packed, his advice to Robinson or anyone else stepping into his job would be to make sure that anything the Venezuelans do take offense to be a matter of substance not style.

"Many of us in Congress are really excited about Todd going to Caracas," said Eddy Acevedo, a foreign policy aide to Ros-Lehtinen. "Todd has been a strong advocate on behalf of human rights, countering drug trafficking, and standing up against corruption so these principles will help him in Venezuela to advance U.S. national security interests."