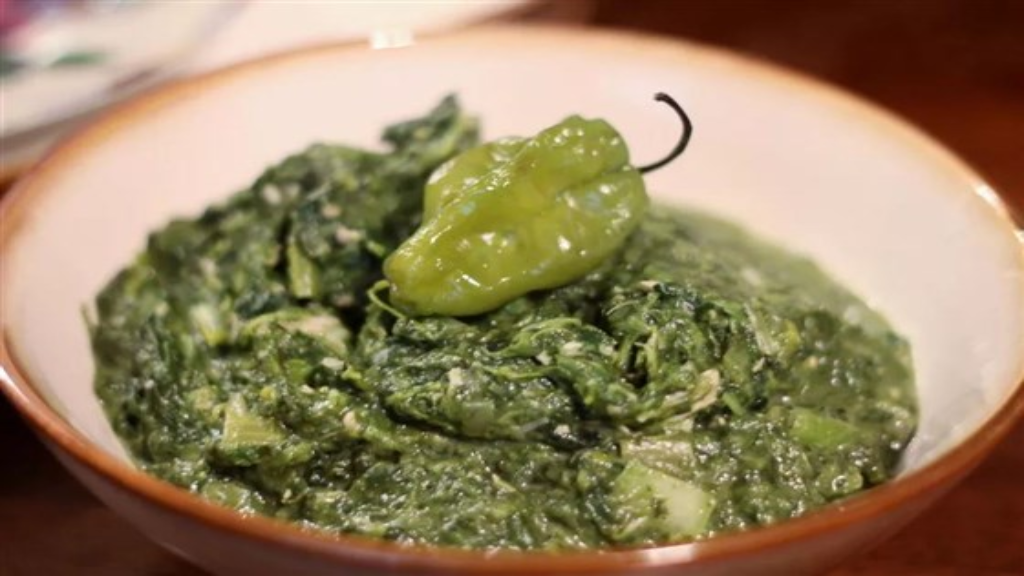 Image via The Spruce Eats.

Does your Christmas meal include the Caribbean staple callaloo? NBC Better thinks it should.

Featured in its 6 holiday recipes to borrow from cultures around the world New-York-based dietitian Maya Feller, a first generation Afro-Caribbean American, suggested that traditional greens served at Christmas be switched out for the popular Caribbean dish made with dasheen bush leaves and ochro.

Referring to the Trini version which incorporates creamy coconut milk in its recipe, she noted that callaloo is usually served with corn meal coo coo, a thick and creamy spiced version of polenta.

The dietitian said it is one of the most popular dishes to be served at any Caribbean gathering.

Feller, who recalled traditional foods prepared by her grandmother around Christmas, said what she loved most about food from Trinidad and Tobago is the melting pot of flavours, with dishes marked by the use of spice while "playing with temperature and texture" in each of the meals.

She recalled memories of her grandmother making pastelles, a corn-based dough filled with minced meat and olives, and another staple, pelau, which is a one-pot rice dish with pigeon peas, veggies and chicken derived from Trinidad and Tobago's Indian descendants.

Callaloo, widely known across the region, is West African in origin.

Mainly served as a side dish, for Trinidadians, Bajans, and Grenadians callaloo is often part of a Sunday lunch and accompanies rice, macaroni pie, and any kind of meat.

But, callaloo may be a little different in taste and texture as the ingredients vary from territory to territory.

In Guyana it is made several different ways without ochro.

Over in Jamaica, callaloo is often combined with saltfish, seasoned with tomatoes, onion, scotch bonnet peppers and margarine or cooking oil and steamed.

How do you make your callaloo?

How to avoid food allergy traps at holiday gatherings