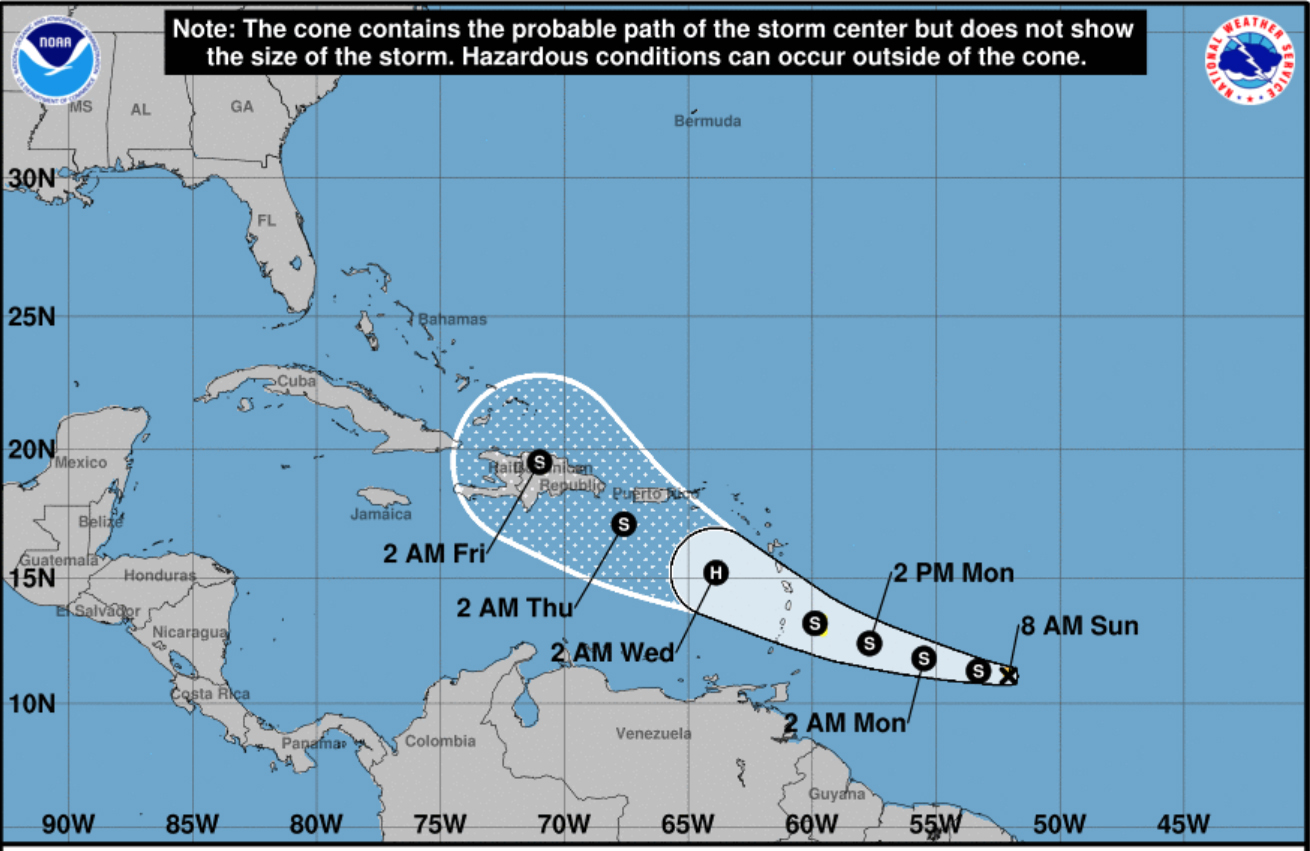 As of 2 pm on Sunday August 25, a Tropical Storm Warning is in effect for Barbados.

A Tropical Storm Warning means that tropical storm conditions are imminent within the warning area, generally within 36 hours.

Sustained surface winds between 40 to 52mph (64 to 84km/h) with higher gusts are expected to spread across Barbados Monday afternoon and persist into early Tuesday morning. In addition, pockets of moderate to heavy showers, periods of rain and scattered thunderstorms are expected.

Rainfall accumulations of at least 2 to 4 inches (50 to 100 mm) are possible with isolated higher amounts. As a result, some flash-flooding is likely in low-lying areas thus, residents are urged to be on the alert and take all necessary precautions. Large easterly to south-easterly swells of 2.5 to 3.5m (8 to 12ft) are also forecast to accompany the system. Low-lying coastlines around the island will be particularly vulnerable at times of high tide. Large waves and dangerous rip-tides can be expected.

These will create unsafe conditions for small-craft operators and fishermen. Sea-bathers and other users of the sea are also advised to stay out of the water. Thus, a High-Surf Advisory and Small-Craft Warning will be in effect from 12 noon Monday 26th August 2019 until 6:00 a.m. Tuesday, 27th August 2019. A small-craft Warning means in this case that mean wind-speeds of 25 to 33 knots (47 to 62 km/h) and/or seas equal to or greater than 3m (10ft) will be affecting the marine area. A High-Surf Advisory is issued when breaking wave action poses a threat to life and property within the surf zone. The next advisory will be at 5:00 p.m.