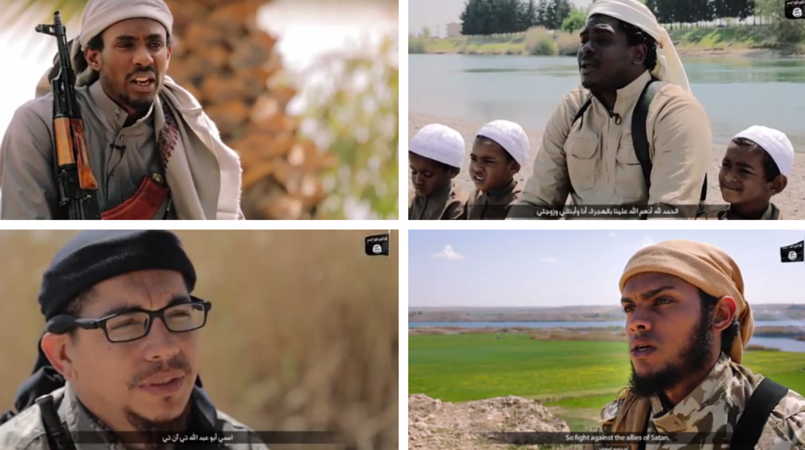 An article published Tuesday by journalist Frances Robles says the T&T government is “scrambling” to shut down a stream of T&T nationals to Syria to join terrorist group, the Islamic State.

“Law enforcement officials in Trinidad and Tobago…are scrambling to close a pipeline that has sent a steady stream of young Muslims to Syria, where they have taken up arms for the Islamic State, also known as ISIS or ISIL.”

The story adds that US officials are concerned about the likelihood of these militants returning to the country and their proximity to the US.

“American officials worry about having a breeding ground for extremists so close to the United States, fearing that Trinidadian fighters could return from the Middle East and attack American diplomatic and oil installations in Trinidad, or even take a three-and-a-half-hour flight to Miami.”

The article refers to the country’s history of religious extremism, including the 1990 attempted coup headed by Jamaat-al-Muslimeen leader, Imam Yasin Abu Bakr, and an attempted attack by Trinidadian Kareem Ibrahim at JFK Airport.

“Trinidadians do very well with ISIL…they are high up in the ranks, they are very respected and they are English-speaking. ISIL have used them for propaganda to spread their message through the Caribbean,” Estrada was quoted as saying.

The story also quotes president of the Islamic Missionaries Guild Imtiaz Mohammed who confirms that entire families have made the move over to the Islamic State.

The story also cited a video published in 2016 in which Trinidadians spoke of their relocation to Syria within the Islamic State.

The article also cites the country’s lack of proper legislation against joining terrorist groups, although Attorney General Faris Al Rawi recently announced that plans to change this are in the works, including criminalising travel to known terrorist regions.

Trinidadian Imam Nazim Mohammed also acknowledged in the story that two of his children and five of his grandchildren have relocated to Syria.

Previously Trinidad and Tobago was targeted as a producer of terrorist fighters by MSNBC contributor Malcolm Nance.