Two accidents in one roundabout after police issue another appeal 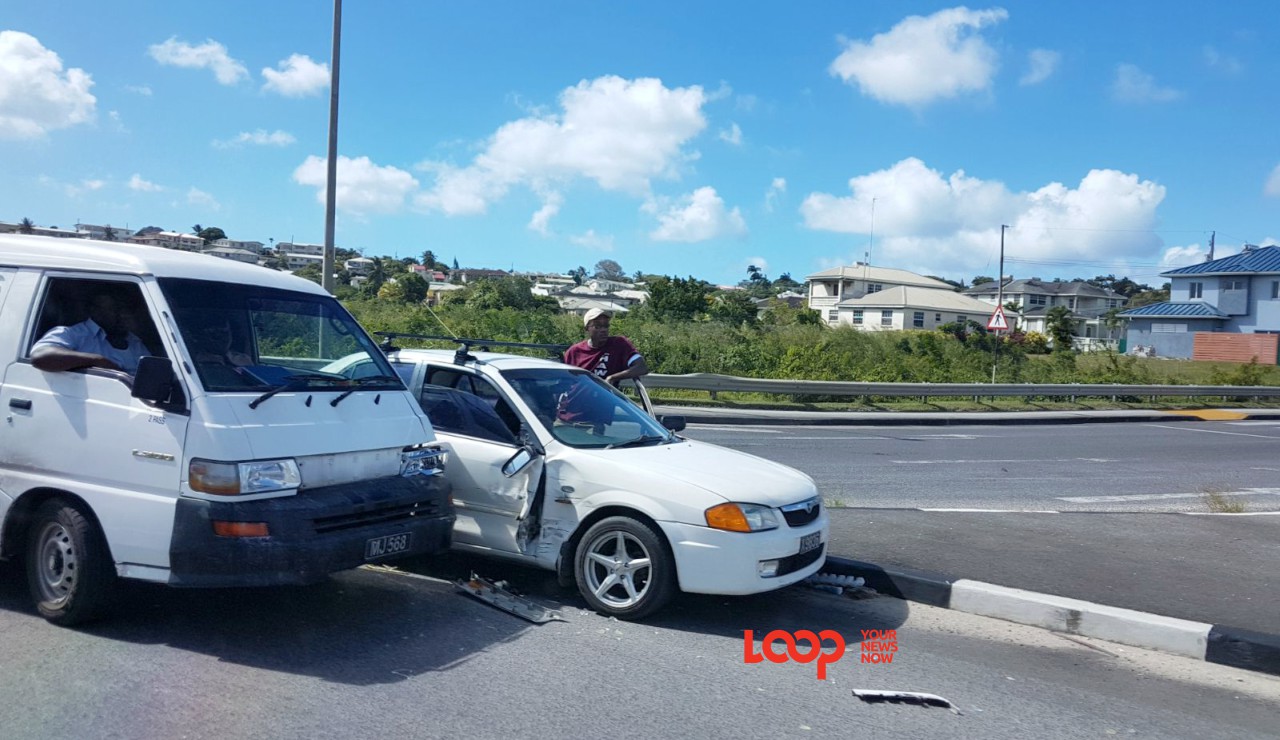 Police were on the scene of one rear-end collision and less than 50 yards away another accident happened moments later, both in the D’Arcy Scott roundabout, this afternoon.

The drivers involved in the second accident patiently waited for the police and insurance personnel to respond to their incident, while the authorities spoke to the drivers and passengers in the first accident.

The accidents happened sometime after 2:00 pm in the Warrens area, metres apart and minutes apart.

The first accident was a minor rear-end collision between a motor van and car by the entrance to the roundabout from the ABC Highway artery and the authorities were attending to it when another two-vehicle collision involving a car and motor van happened just before the exit to Simpson Motors from the D’Arcy Scott roundabout.

These two accidents came hours after this morning’s appeal from the Royal Barbados Police Force.

"There are still a lot of accidents at roundabouts, especially at the D'Arcy Scott Roundabout in Warrens… One of the main problems is people making late decisions and causing rear-end collisions.

"Added to this, persons are driving distracted - by cellphones especially."

Alleyne called for drivers to break bad driving habits and pay attention while behind the wheel of their vehicles on our roads.

Barbados Traffic Report - Still too many accidents at roundabouts