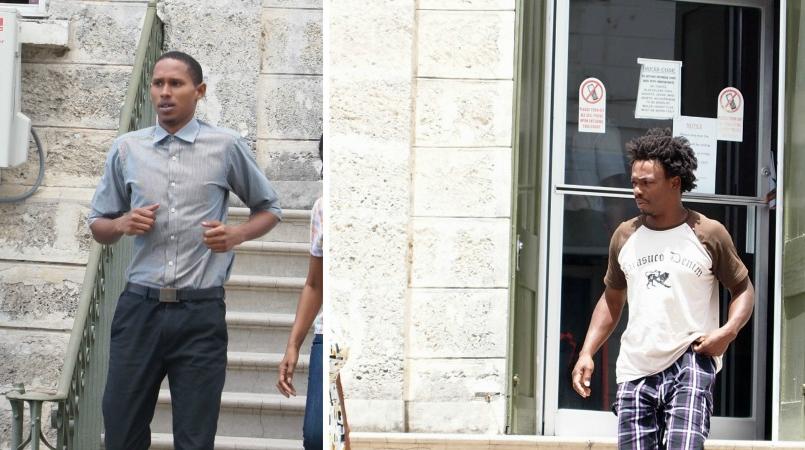 Magistrate Douglas Frederick granted bail to two men who appeared in the District A Magistrate Court charged with theft on Thursday.

Darrem Anthony Bolden of Enterprise B Upper Carter’s Gap, Christ Church was charged with stealing $5,241.51 belonging to Mojo Caribbean Limited between January 9 and 29, 2017.

The 26-year-old waiter pleaded not guilty to the charge and was granted $3,000 bail with one surety.

In an unrelated case, David Sylvester Small also pleaded not guilty to a theft charge where it was alleged he stole $460.00 and one wallet valued at $4.00 on April 6, 2017.

Although the 42-year-old labourer from Thompson Land, Fitts Village, St. James had antecedents there was no objection to bail by the prosecution and he was granted bail for $3,000 with one surety.