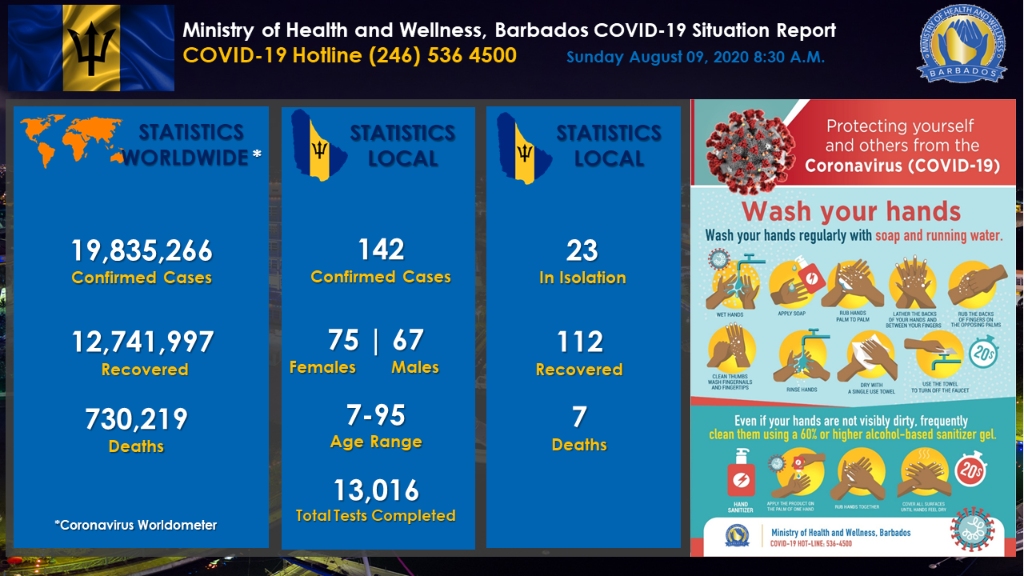 According to the Government Information Service, four people have gone into isolation after testing positive for COVID-19 yesterday (August 8), and four will leave the facility today after recovering.

The total number of confirmed cases now stands at 142, while the numbers in isolation remain at 23.

The four new cases all arrived on the island yesterday – two Barbadian men on a JetBlue flight and two in transit passengers on a Virgin Atlantic flight.

The number of persons who have recovered from the viral illness has increased to 112, while deaths remain at seven.

The Best-dos Santos Public Health Laboratory conducted 231 tests yesterday, bringing the total number of tests performed by the laboratory to 13,016.