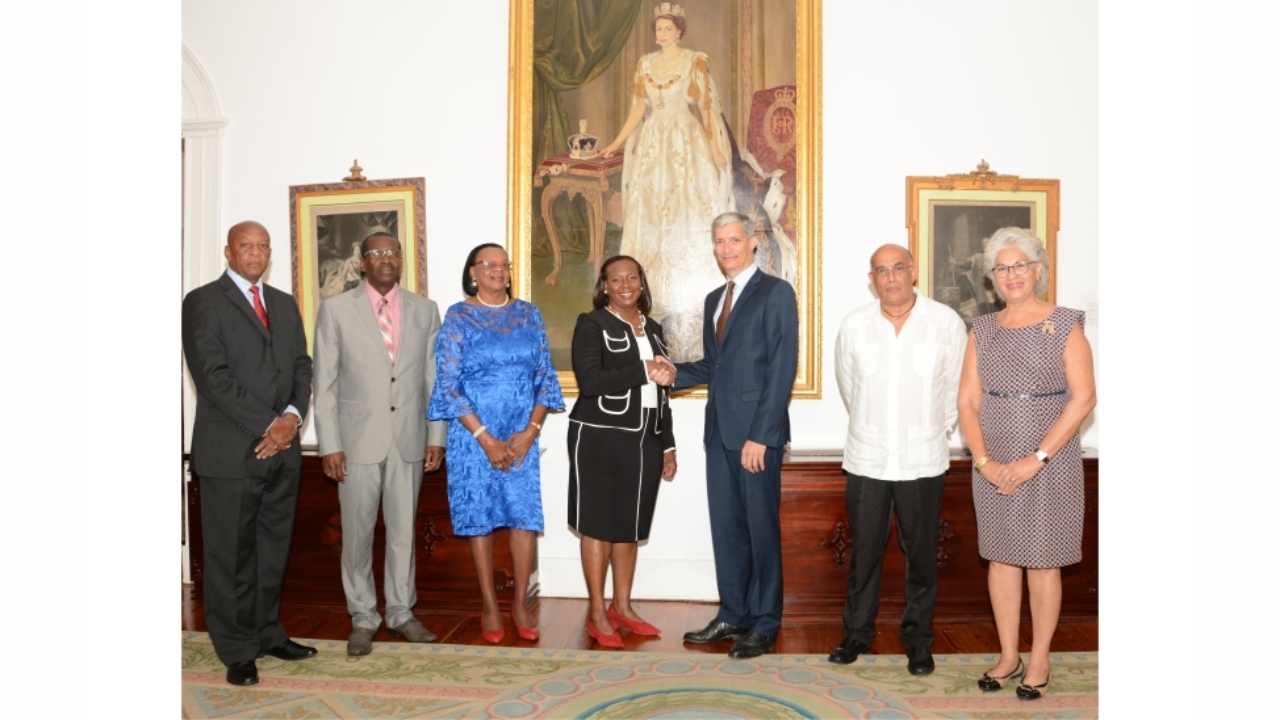 Senators Kay McConney and Rawdon Adams, shake hands following their swearing-in at Government House today. They are supported by family and friends. (B.Hinds/BGIS)

The two remaining Senators appointed by Government, Kay McConney and Rawdon Adams, took the Oath of Office this morning before Governor General, Dame Sandra Mason, during a brief ceremony at Government House.

Senator McConney, who has also been appointed Minister of Innovation, Science and Smart Technology, is a former diplomat who served as Barbados’ Consul General in Toronto.

Senator Rawdon Adams, the son of late Prime Minister, Tom Adams, is a finance professional of over 20 years’ experience.

The proceedings were witnessed by Cabinet Secretary, Cecile Humphrey, other officials and relatives of the two new Senators.