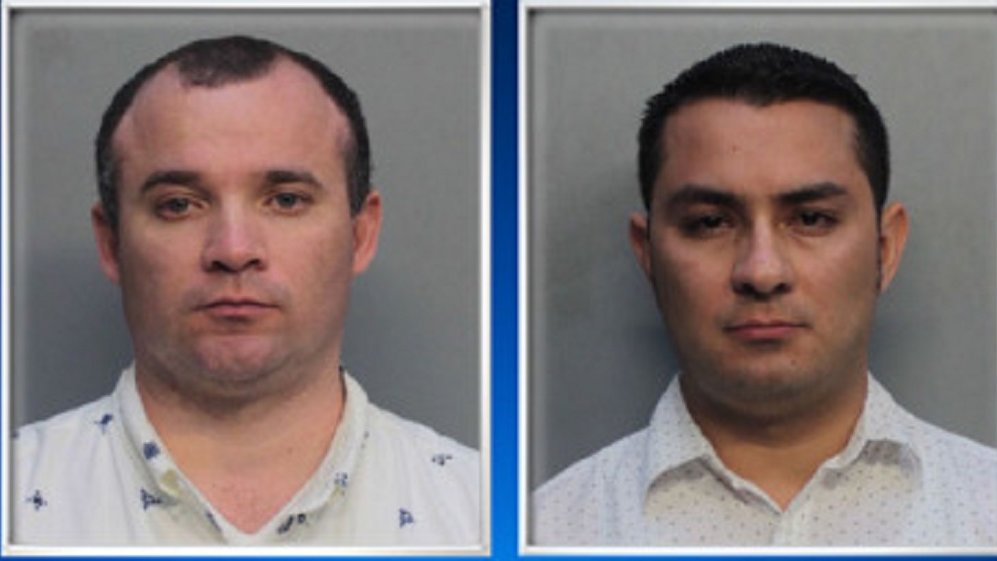 Photo L-R: Diego Berrio and Edwin Giraldo Cortez were arrested for lewd and lascivious behaviour after they were caught performing a sexual act in a car parked on a Miami street earlier this week.

Two priests were detained by Florida authorities after they were allegedly caught performing a sex act in a car along a busy Miami street in the middle of the afternoon.

According to a report by CBS Miami, the two priests, who are both from Chicago, were seen in a car, which did not have tinted windows, engaging in sexual activity.

39-year-old Diego Berrio and 30-year-old Edwin GiraldoCortez were detained by Miami Beach Police after they received a 911 call about a lewd and lascivious incident taking place along the 1300 block of Ocean Drive.

Officers said the two were performing sex acts on each other “in full view of the public passing by on Ocean Drive and the sidewalk” around 3:30 in the afternoon.

“Yesterday, we received a call indicating that two men were performing a sex act inside of a car. This is in broad daylight, 13th Street and Ocean Drive. There are no tints on the window,” explained Miami Beach Police spokesman Ernesto Rodriguez.

When police arrived, it was still going on.

Both men were placed under arrest without incident.

Rodriguez said however that their professions are irrelevant.

“Their profession is irrelevant, in fact, our trouble with this is that this is broad daylight, for anyone to see, including children.  There’s a time and a place for everything and this certainly was not the time and place,” said Rodriguez.

Revelations of US cardinal sex abuse will force Pope's hand