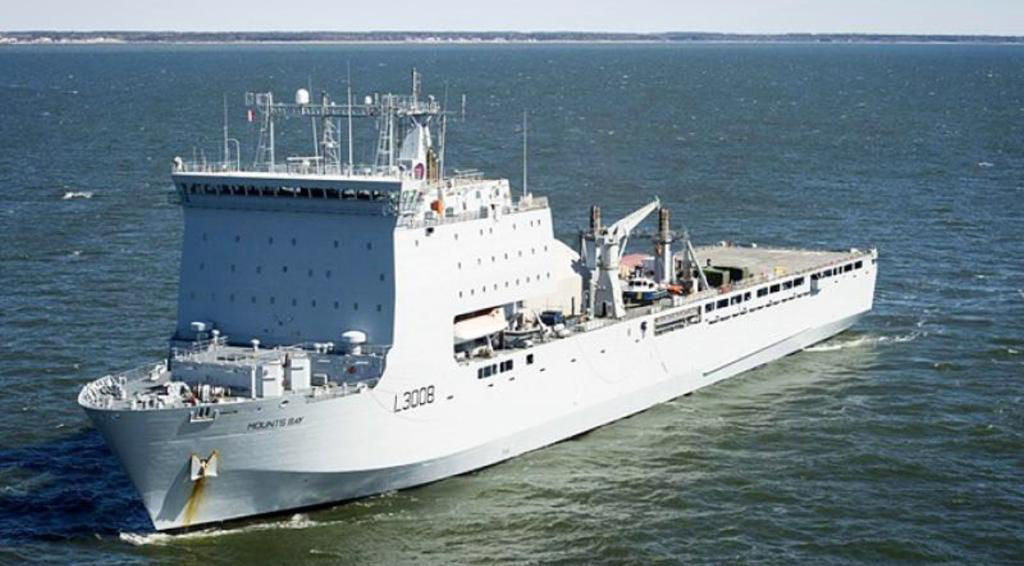 RFA Mounts is on its way to the The Bahamas.

Help is on the way to The Bahamas from the United Kingdom (UK).

Posting a photo of the naval ship pictured above, the caption read:

The UK Naval Ship, RFA Mounts, is speeding towards the Bahamas to provide support to those affected by Hurricane Dorian. It is expected to reach the island today.

'RFA Mounts is equipt with special personnel, supply stores and transport, as well as a Wildcat helicopter.

'The UK stands ready to assist the Bahamas in this time of need.'

With over 60 comments in just seven hours and over 420 likes, many people are just saying a big 'thank you' to the UK for coming to the aid so quickly.

Hurricane Dorian reached Category 5 status and after demolishing majority of the structures in Abaco, The Bahamas, the system with winds of approximately 185mph recorded, moved across Grand Bahama at less than one mile per hour.

'The storm is slowly moving westward at a rate of less than 1 mph.'

Hurricane Dorian is the second strongest hurricane in history currently. Dorian had estimated sustained surface winds of 185 mph and gusts reaching 220 mph at Elbow Cay, Abacos, in the northern Bahamas. According to research, the strength of this weather system was second only to that of Hurricane Allen in 1980, with its 190 mph winds.

The only question people were asking the British on Instagram was "Which country in The Bahamas will get help first?"

Evacuations in Bahamas as Category 4 Dorian bears down