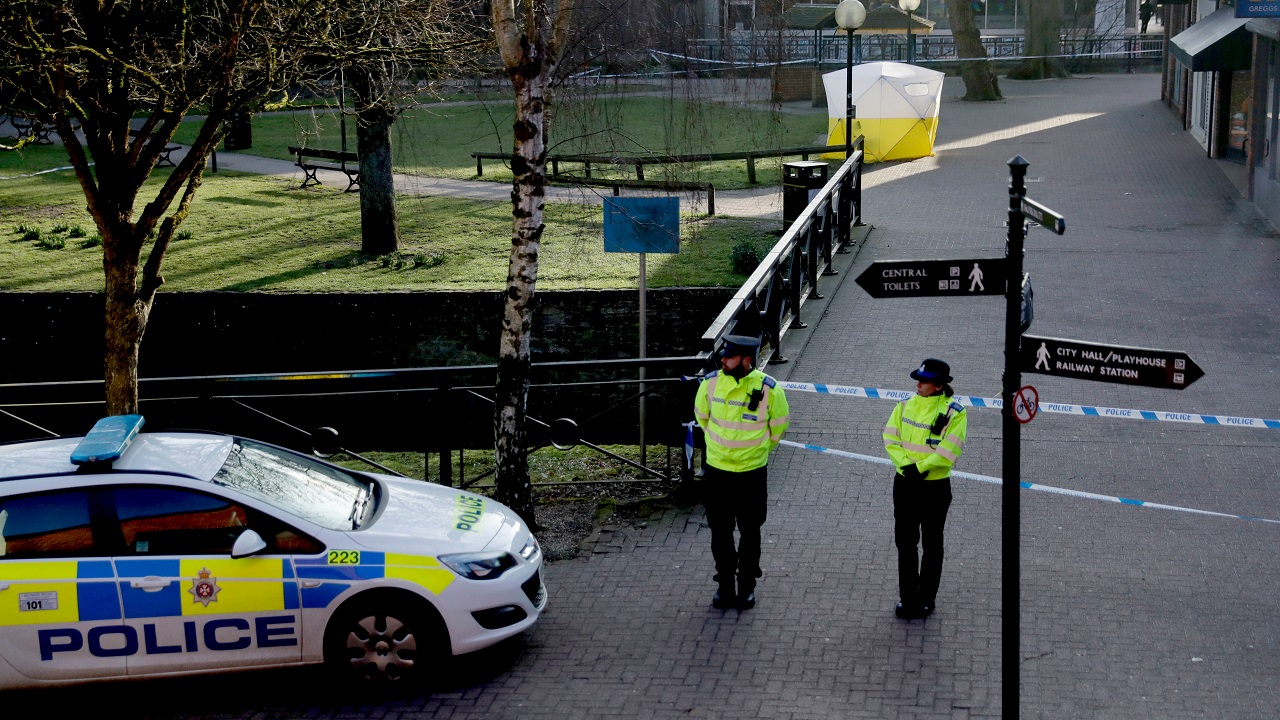 (Image: AP: Police at one of the sites where nerve agent was found in Salisbury on 7 March 2018)

The nerve agent used on former Russian spy Sergei Skripal and his daughter Yulia was delivered in liquid form, British officials said on Tuesday, as they revealed it will take months to clean up the toxic trail the poison left around the city of Salisbury.

The UK Environment Department said nine sites need "specialist cleaning", including a restaurant visited by the Skripals on 4 March, the day they were found unconscious on a park bench in the city in southwest England.

About 190 specially trained troops are assisting environmental, health and defence officials with the clean-up, it said.

"Work to clean each site will involve a process of testing, removal of items which may have been contaminated, chemical cleaning and retesting," the agency said in a statement, adding the effort will take "a number of months".

British officials say the Skripals were poisoned with a military-grade nerve agent that was smeared on a door handle at Sergei Skripal's house.

Father and daughter were hospitalised for weeks in critical condition. Yulia Skripal was released last week from Salisbury District Hospital, where her father continues to be treated.

British officials say the Russian government was behind the attack using a Soviet-developed type of nerve agent known as Novichok. The international chemical weapons watchdog, the OPCW, has confirmed that a Novichok agent "of high purity" was used, although it has not identified where it was made.

Russia denies involvement in the attack and has accused Britain of failing to share its evidence.

The poisoning has sparked a Cold War-style diplomatic crisis between Russia and the West, including the expulsion of hundreds of diplomats from the two sides.