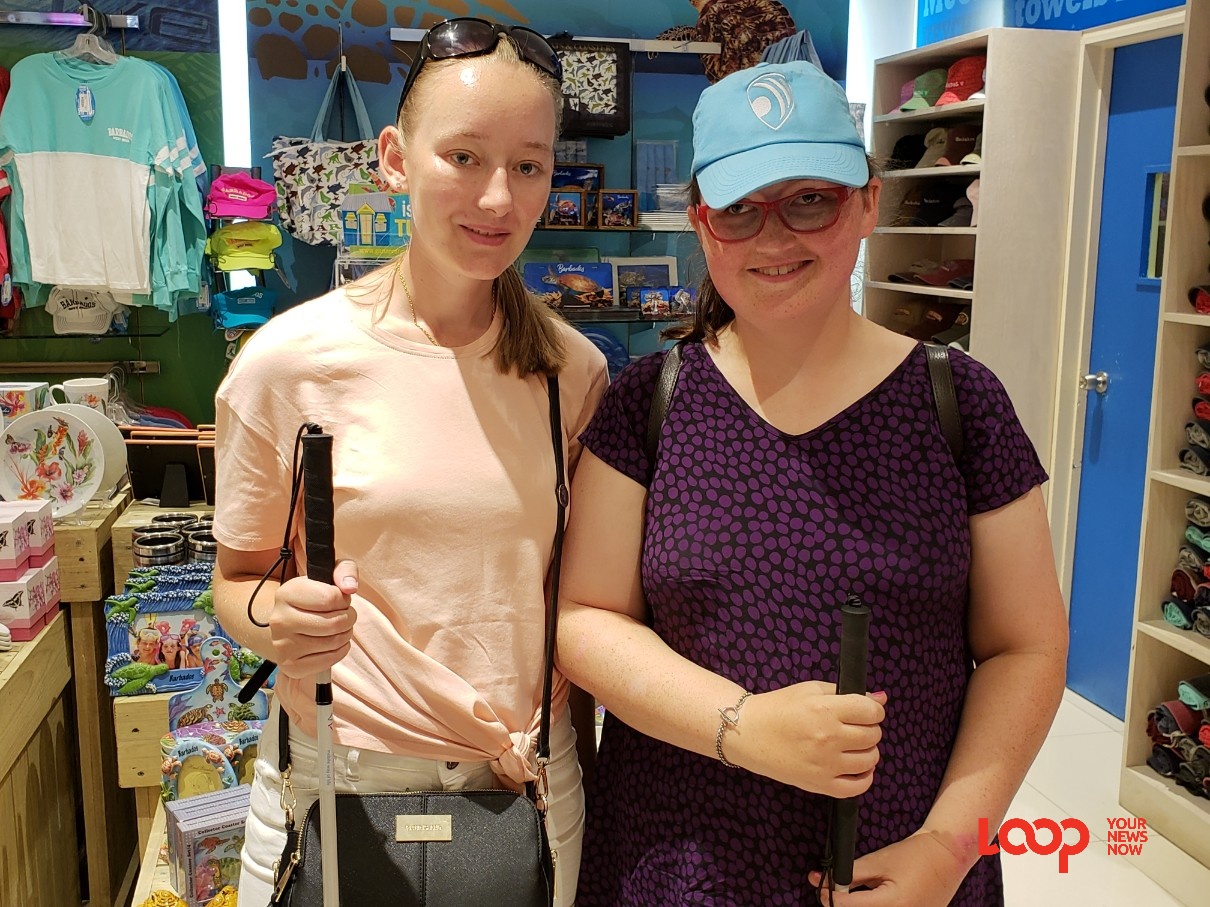 International voices have been added to the plea of locals for Barbados to become more accessible, considerate and inclusive of persons who are blind or visually impaired.

Loop caught up with members of the UK Women’s Visually Impaired Cricket Team in Bridgetown as they shopped for souvenirs.

Leanne said, “[Getting around] It’s pretty easy, but it’s difficult sometimes with some obstacles in the way, but we get around quite fine.”

When asked what poses threats along the streets of Barbados, she added:

“Definitely need more sidewalks and maybe like a bit wider, because some are really thin and we usually hold on to someone else. And then you got the lamp posts and stuff and they’re quite big so we usually like walk in to them. And some of the cars as well are parked right on there [on the sidewalks], so we have to walk in the middle of the road.”

Related article :'Blind cricket is not just a game'

Members of the Barbados Council for the Disabled have been calling for persons to cease and desist from parking on sidewalks for years to no end.

The 43 persons including 18 visually impaired persons from London, England were staying near Dover Beach in St. Lawrence Gap.

Shopping with her was Minerva, who shared that for her navigating in Barbados is a challenge especially because she not only has to consider herself, she has to think of the person she’s assisting as well.

“I’m normally someone that actually guides someone, so it is a bit awkward to try to know where you’re going but also to be looking out for someone else on the small sidewalks.”

In terms of what they are accustomed to, they noted that some lights locally make a beeping sound at the start but it cuts out and they don’t know if they’re caught in the middle of the road or not.

Speaking about back home in the United Kingdom, she said, “We have a sound or there is usually a button you can press, and under that, there is a cone that turns around so you can tell when to cross, how much time is left and when not to cross.” She said something like that would really help in Barbados.

Guide dogs for the blind get Minister’s nod

Pledge to make Barbados all inclusive