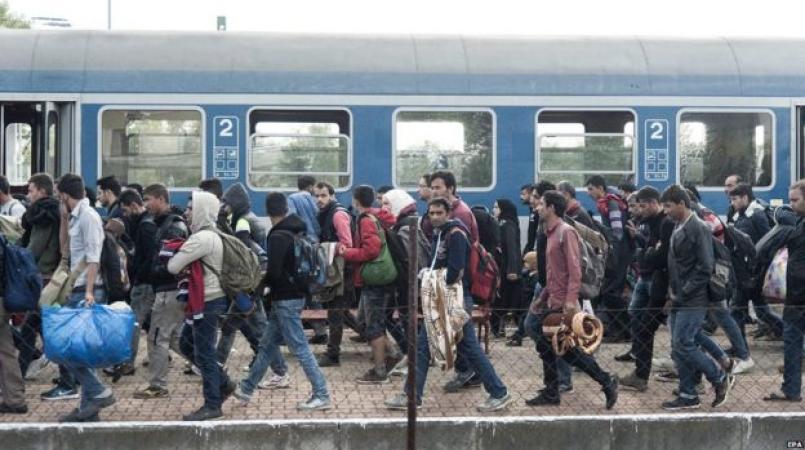 The world must do more to help millions of refugees across sub-Saharan Africa, which hosts more than a quarter of the world's refugees, the United Nations said Tuesday.

U.N. refugee chief Filippo Grandi spoke to reporters while visiting what until recently was the world's largest refugee camp, Dadaab, in Kenya.

"You know, it is very difficult to fund programs in Africa. I am not ashamed to say it," Grandi said, adding that he fights "all the time" for more aid. Some of the world's poorest countries, including Uganda and Ethiopia, host hundreds of thousands of refugees from South Sudan and elsewhere.

Kenya's government wants Dadaab, which hosts over 230,000 inhabitants, shut down, but the U.N. is urging patience and says all repatriations must be voluntary. A Kenyan court ruled in February that the government must not close Dadaab to refugees.

The U.N. says more than 32,000 Somalis have returned home this year from camps in Kenya under a voluntary repatriation program. Human rights groups have raised concerns about refugees being pressured to leave, either by Kenyan authorities or by the cut in rations by 30 percent in October.

While touring Dadaab, Grandi spoke to about 20 families of Somali refugees who are set to return home. The U.N. refugee agency says about 19,000 refugees in Dadaab are "in the pipeline" to return to Somalia.

Kenya was the last leg of a trip during which Grandi also visited Djibouti and Somalia. He said he met some former refugees who have happily settled in Somalia and others who face challenges and need help. Returning home is a "difficult, brave choice" as Somalia remains fragile, he said on Twitter.

Some parts of Somalia are witnessing drought conditions, and the al-Qaida-linked al-Shabab frequently carries out deadly attacks, especially in the capital, Mogadishu. A truck bombing in October killed 512 people.

"We will need to be strong and continue to help Somalia be strong, so that also conditions will be in place better for people to come back," Grandi said. "At the moment, in many areas there is a lot of insecurity, there is drought, there is other difficulties, lack of infrastructure."

Many refugees he spoke to said they would not return home if the situation does not improve, he said.

The first settlement in Dadaab was established in 1991, when refugees fleeing conflict in Somalia started to cross the border into Kenya, according to the U.N. refugee agency.

Trump shuts door on refugees, but will the US be safer?