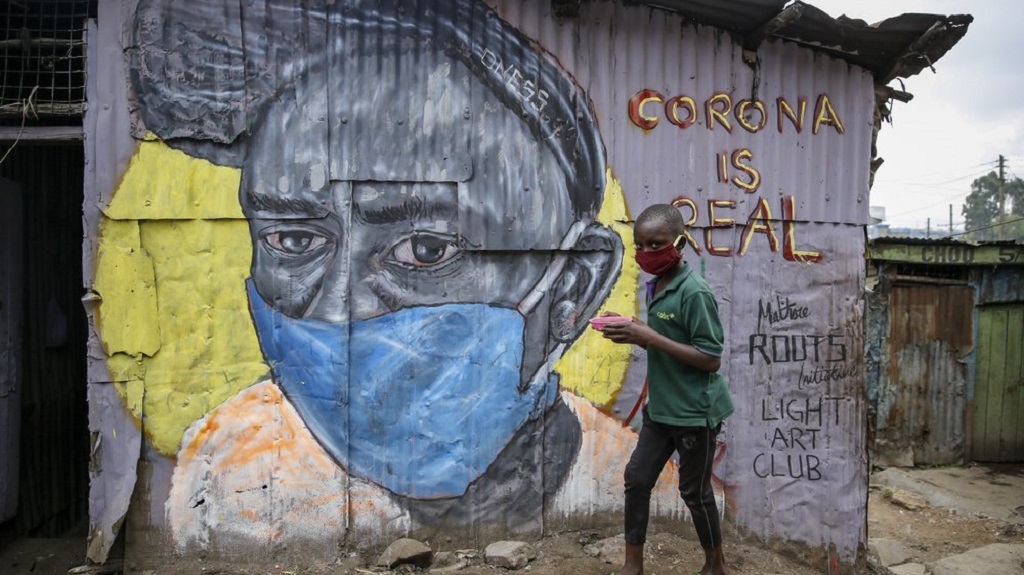 The UN General Assembly has demanded global action to quickly scale up the development of and access to medicines, vaccines and equipment to battle the COVID-19 pandemic.

This as the World Health Organization (WHO) warned Tuesday that rushing to ease COVID-19 lockdowns could lead to a resurgence of the outbreak.

The UN resolution asks Secretary-General Antonio Guterres to work with the WHO and make recommendations to ensure that all people have equitable and timely access to testing, medical supplies, drugs and future vaccines, especially in developing countries.

African officials have been outspoken about the need for medical supplies across the 54-nation continent, where health systems have historically been underfunded and will be overwhelmed by the virus.

Even under a best-case scenario, Africa will need $44 billion for testing, personal protective equipment and treatment of coronavirus, according to a report last week by the UN Economic Commission for Africa. The worst-case scenario estimates that $446 billion would be needed.

Africa has more than 23,000 infections across the continent, including more than 1,100 deaths. Authorities this week are starting to roll out a dramatic increase in testing, with the goal of testing 1 million people over the next four weeks.

Dr Takeshi Kasai, the WHO regional director for the Western Pacific, noted that any easing of restrictions must be gradual.

"This is not the time to be lax. Instead, we need to ready ourselves for a new way of living for the foreseeable future," he said.

Kasai said governments must remain vigilant to stop the spread of the virus and the lifting of lockdowns and other social distancing measures must strike the right balance between keeping people healthy and allowing economies to function.

Several European countries, including Denmark, Austria, Spain and Germany, have begun a gradual easing of restrictions, allowing some people back to work, including hairdressers, dentists and construction workers.

Scattered protests have erupted across the United States, the hardest-hit nation in the pandemic, with people demanding a return to work in a country that has already seen 22 million people lose their jobs.

But in an indication that it will be a long time before life returns to normal, German officials announced Tuesday they were calling off the world-famous Oktoberfest beer festival in Munich, which typically draws about 6 million visitors each year.

"We agreed that the risk is simply too high," Bavarian governor Markus Soeder said after meeting with Munich's mayor. "You can neither keep your distance nor work with facial protection" at Oktoberfest.

Scores of summer concerts and festivals have been cancelled due to virus lockdowns, but Oktoberfest was supposed to run from September 19 to October 4.

Germany has taken the first steps toward loosening its shutdown, allowing small shops to start opening this week, but it remains unclear when bars and restaurants will reopen.

In one of the worst-hit countries, Italian Premier Giuseppe Conte on Tuesday confirmed businesses can start reopening on May 4, but doused any hopes of a total loosening of the country's strict lockdown.

"Many citizens are tired of the efforts that have been made so far and would like a significant loosening of these measures, or even their total abolition,'' Conte said on Facebook, adding "a decision of that kind would be irresponsible.''

In the US, some states announced aggressive reopening plans on Monday, despite deep concerns from health officials.

Boeing and at least one other American heavy equipment manufacturer resumed production, while Australia said Tuesday that doctors could resume non-urgent surgeries next week.

The moves come amid soaring unemployment that the International Monetary Fund says could lead to the developed world's worst economic depression since the 1930s.

Asian shares followed Wall Street lower on Tuesday after US oil futures plunged below zero because of a worldwide glut as factories, automobiles and airplanes sit idle.

The cost to have a barrel of US crude delivered in May plummeted to negative $37.63  as traders run out of places to store it. It was at roughly $60 at the start of the year.

Businesses that start operating again in the US are likely to engender goodwill with President Donald Trump as his administration is doling out billions in relief to companies.

Trump has been agitating to restart the economy, singling out Democratic-led states and egging on protesters complaining that the shutdowns are destroying their livelihoods and trampling their rights.

In several states — most of them Republican-led — governors said they had seen signs that the coronavirus curve was flattening, making it possible to start reopening businesses and public spaces.

But governors from many other US states said they lacked the testing supplies they need and warned they could get hit by a second wave of infections, as people with no symptoms can still spread the disease.

"Who in this great state actually believes that they care more about jet skiing than saving the lives of the elderly or the vulnerable?" Democratic Michigan Governor Gretchen Whitmer asked, referring to restrictions in her state. "This action isn't about our individual right to gather. It's about our parents' right to live."

Boeing said it was putting about 27,000 people back to work this week building passenger jets at its Seattle-area plants, with virus-slowing precautions in place, including face masks and staggered shifts. Boeing's shutdown went into effect March 25 after workers tested positive for the virus and an inspector for the company died. Washington was the first state to see a spike in COVID-19 cases and enacted strict shutdown orders that helped tamp down the virus.

Worldwide, the virus has infected nearly 2.5 million people and caused more than 170,000 deaths, according to a Johns Hopkins University count. The US is the hardest-hit country, with nearly 788,000 infections and more than 42,000 deaths.

The true toll of the pandemic is believed to be much higher, in part because of limited testing, difficulties in counting the dead and attempts by some governments to hide the extent of their outbreaks.

New York state, the epicenter of the US outbreak, has seen some encouraging signs of late, with coronavirus hospitalizations leveling off. Monday's death toll, at 478, was the lowest in three weeks, down from a daily peak of nearly 800.

But Dr Anthony Fauci, the US government's top infectious-disease expert, warned on ABC: "Unless we get the virus under control, the real recovery economically is not going to happen."

When to ease lockdowns? Nations offer wide mix of solutions

US government says progress being made on COVID-19 vaccines