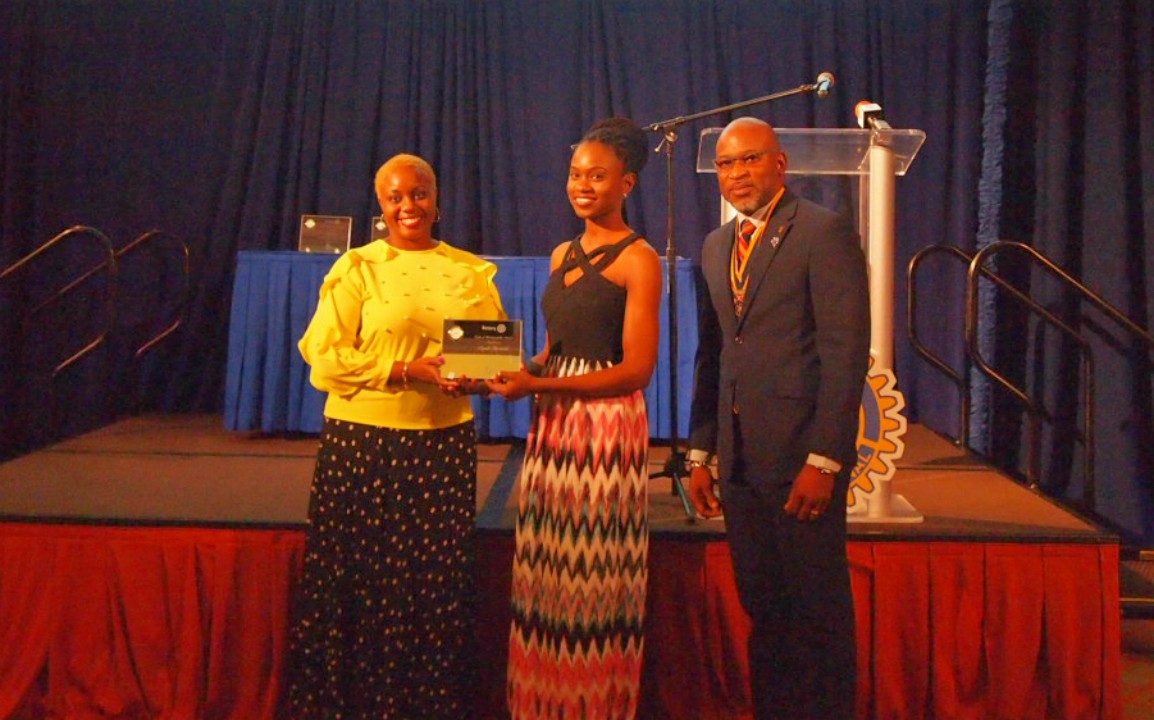 The Founder of pro-life charity organization - Unborn Justice, Kamille Martindale will not be dissuaded or bullied to quit in the face of public criticism.

An article, which published in the local media saw Unborn Justice thrust into the spotlight with a wave of negative criticism coming from the public, but founder, Kamille Martindale has said she will continue in the fight to help expectant mothers follow through with their pregnancies.

Unborn Justice is a local pro-life charity with a focus on assisting pregnant women who may have doubts or challenges with carrying the pregnancy to term. In September of this year, the work of the charity was attacked after a Nation article carried statements saying Martindale has advised women not to abort their babies.

Martindale spoke to Loop News on the sidelines of an award ceremony hosted by the Rotary Club of Barbados where she and three other young people were presented with the Workmanship Award.

She said the charity has been in existence for three years and following the restructuring of the program back in April they have been able to assist 15 women so far for this year along with their young ones. This number doubles that of the first two years of the charity.

Martindale explained after a woman is referred, usually by a doctor or family member, they are welcomed into the charity and start the program which is divided into three categories: pregnancy, parenting and self-development. The first cycle equips the mother with the information to have a healthy pregnancy, while the parenting cycle, which involves both the mother and the father, teaches parenting techniques. The self-development cycles assist the mother in gaining tools to secure employment as well as birth control education.

In total, the charity has three directors along with 40 volunteers who work with the women and the babies. Martindale said the charity has grown significantly since they restructured the program and although public interest continues to grow in Unborn Justice they are not yet able to accommodate large numbers.

“At this point in time, we cannot handle too many because our office is small. We only moved in this year and we have already outgrown it. So in terms of space that is why we had to divide the group into two. So maybe we can increase it and have several smaller groups cause we wouldn’t be able to facilitate maybe 30 women in our office at one time.”

Martindale also said Unborn Justice makes sure to incorporate expectant fathers into the program as well.

Anti-abortion activists, counter-protesters rally around US