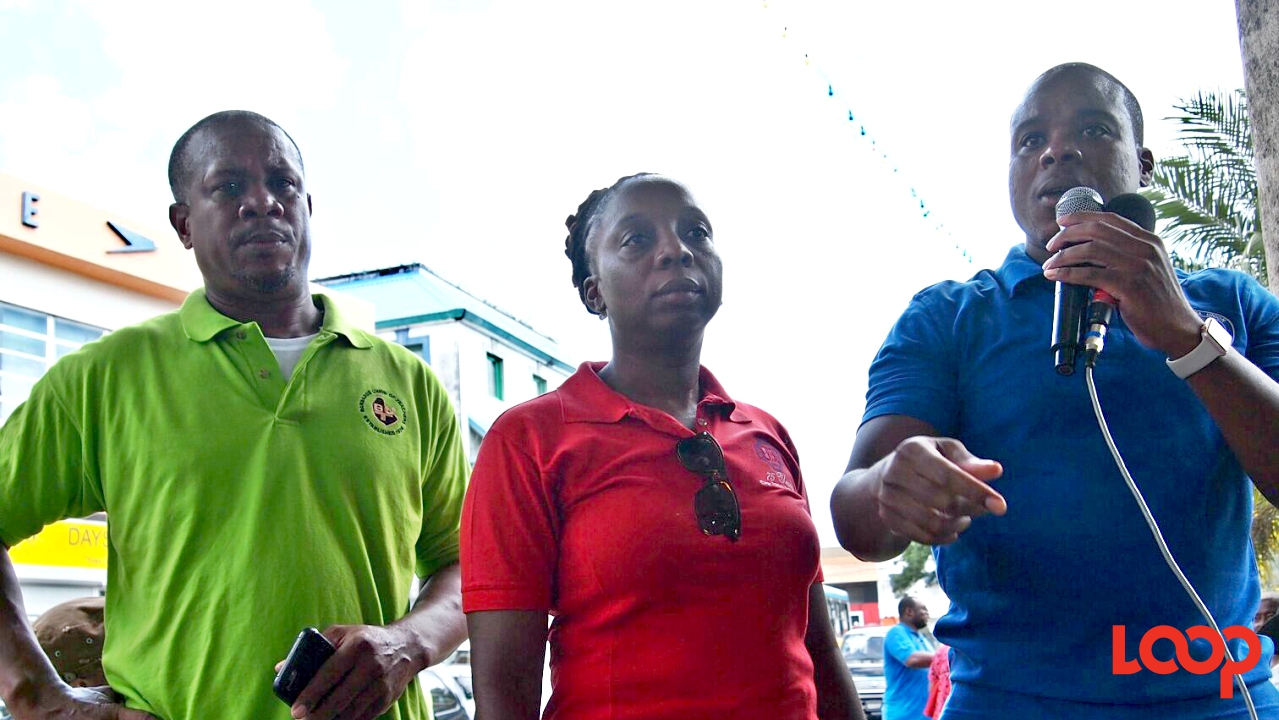 The leaders of the country’s largest trade unions have given the Government of Barbados 48 hours to respond to their request to reduce the National Social Responsibility Levy (NSRL).

This deadline was announced as union leaders addressed the crowd in Independence Square that had supported their ‘Walk 4 Relief’ this morning.

The unions are asking Government to adjust the NSRL to no more than five per cent. The levy on imported and locally manufactured and produced goods was increased from 2 percent to 10 percent on July 1.

Representatives of the Barbados Workers Union (BWU, the National Union of Public Workers (NUPW), the Barbados Union of Teachers (BUT) and the Barbados Secondary Teachers Union (BSTU) walked to Parliament with the intention of delivering letters to the Prime Minister, the Opposition Leader and Independent Members of Parliament, Owen Arthur and Maria Agard.

The House of Assembly was in session this morning, as debate began on the National Insurance and Social Security (Amendment) Bill.

Union leaders were only able to meet with Opposition Leader, Mia Mottley, face-to-face. She was not in the House of Assembly during the morning session, instead meeting briefly with the union leaders in her offices at Parliament.

The Independent MPs were not at Parliament today and Prime Minister Freundel Stuart, who was in the House when the union leaders arrived, reportedly sent a message via a police officer that he would only meet with one union leader.

NUPW President Akanni McDowall told the Independence Square crowd, “We said no way! We are standing together! We will not break ranks! Nobody can divide this trade union movement! We are together!” 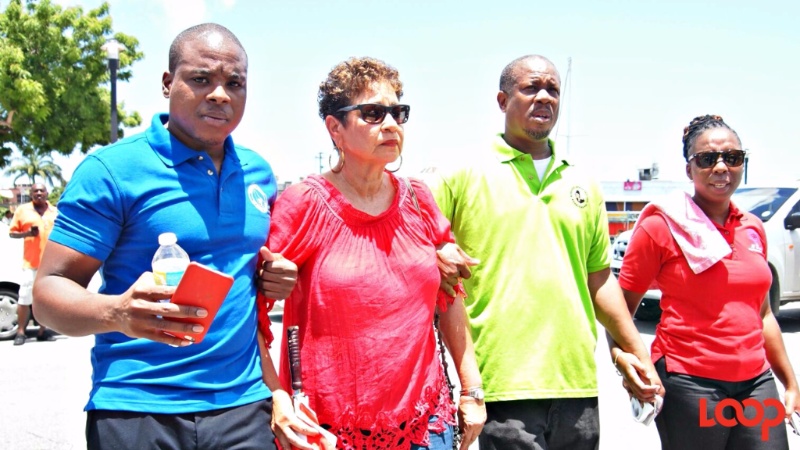 Noting that he was not happy about the PM's treatment of them, McDowall asked, “When will this disrespect end? What do we have to do to end this disrespect?” as some vocal crowd members shouted in response, “Up de ting!”

“If they don’t respond favourably, what will we do? We will up de ting!” he said.

He urged those present at the rally to ensure their colleagues are on board when they decide to take “real industrial action”.

BWU General Secretary Toni Moore added that if the people of Barbados are ready to shut down this country, the trade unions are ready to stand in solidarity with them.

However, she warned people to be sure they know what they are getting themselves into.

“We are shouting up de ting to industrial action and if the workers of Barbados are so minded then we will lead it.”

She emphasised that this is the message those in Independence Square need to take back to their colleagues.

She urged people not to be swayed by those who might discourage them from the sacrifice of a shutdown.

“We unionists understand that if we going up de ting today, tomorrow, or five days from now for a month ‘til we get what we want, then we are prepared for the sacrifice because what awaits us is more than what we have today.

“When we call you back to a meeting, we want you saying we have NCC on board, we got NHC on board, Cave Shepherd there too, Customs won’t be left out, CBC – shut down, all de place lock down! We gine up de ting!” she said, as the crowd chanted, “Up de ting!”

BUT President Pedro Shepherd also added that the teachers are prepared to join the effort. “We have about 4,000 teachers in Barbados and you know when we shut the schools, thousands of children will be home and the whole island in trouble. So teachers are ready!”