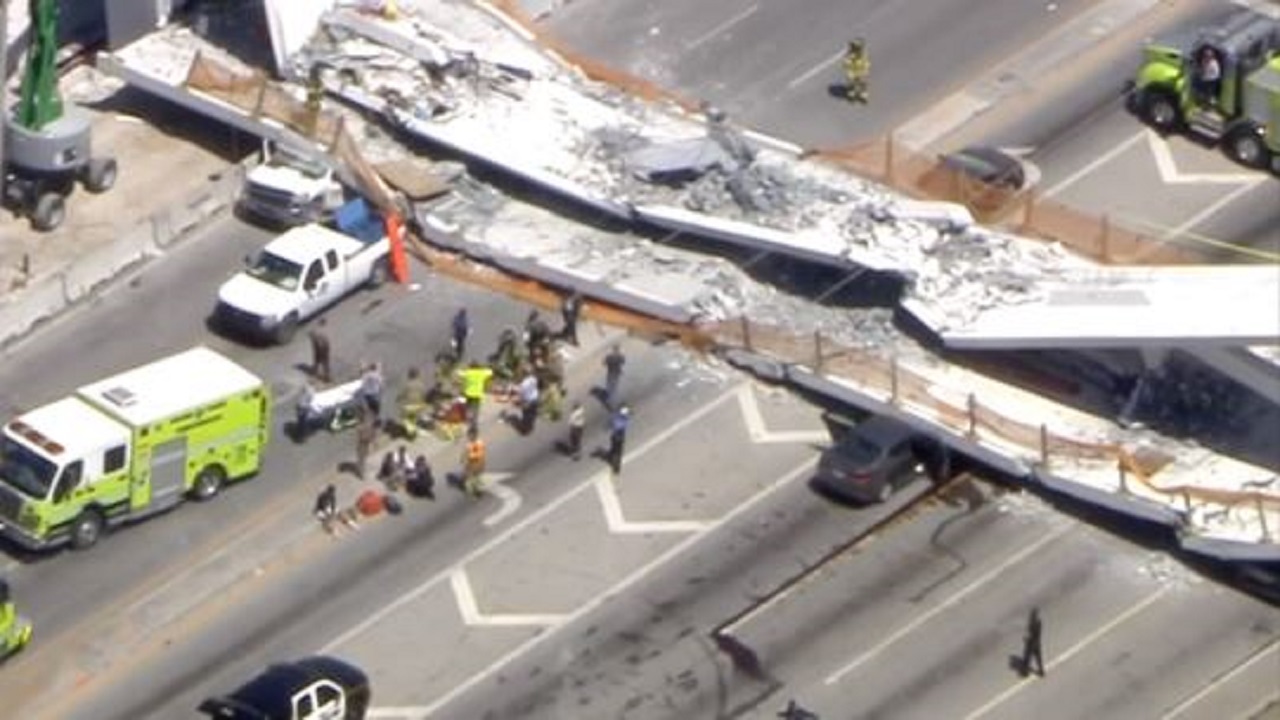 A brand-new pedestrian bridge collapsed onto a highway at a Miami-area college on Thursday, crushing at least five vehicles.

Several people were seen being loaded into ambulances and US media, citing the Florida Highway Patrol, say there have been an unspecified number of fatalities.

The $14.2 million bridge crossed over a busy seven-lane road that divided the Florida International University campus from the city of Sweetwater.

The 950-ton span was installed on Saturday. The main part of the 174-foot span was assembled by the side of the road while support towers were built at either end.

Firetrucks, police and other emergency vehicles were at the scene.

Florida Governor Rick Scott tweeted that he was on his way to the scene. "I will be in constant communication with law enforcement throughout the day," he said.

US sanctions 19 Russians for election meddling