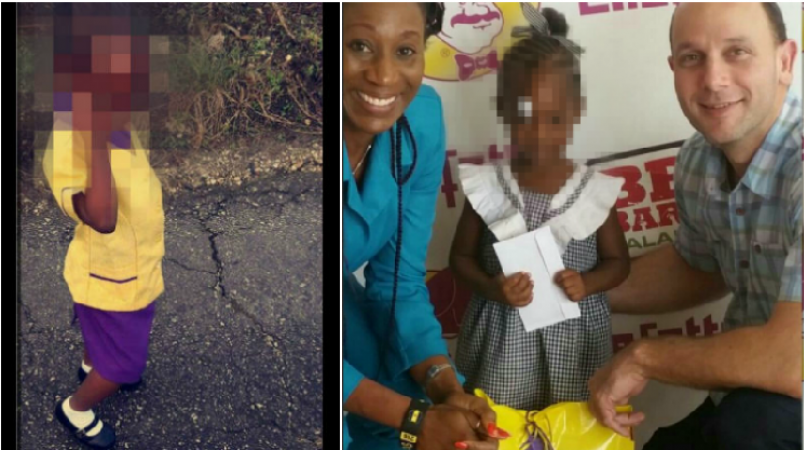 Known for her business acumen and fashion flair, Toni Thorne of The Toni Thorne Show and Thorne Publishing today took to task those members of the public who saw it fit to belittle a young child on social media.

A photo of the nursery-aged girl, dressed in a purple and yellow outfit, was posted on social media earlier this week and later began to be circulated even further after an unidentified person added a mocking caption that read, "Who’s she parents? Sent to school career day in a Chefette uniform. What a goal to set… I DYING"

“When I saw it I was really disgusted. I think I saw it on Twitter 'cause people were sharing this photo. I don’t know who is the person who put that caption on the photo, but I was real disgusted because I feel like 'Where do we stop?'

“We have become a generation and a society that just indulges in a lot of negativity - whether it is going on gossip websites every single day to get posts to read, to share or to flog a man when he’s down. This is where we get to that we're bashing children? And posting a child’s image on social media?”

And the media personality and entrepreneur further posed the question of “What is wrong with honest work?”

Thorne lamented, “We’re glorifying a lot of glamorous lifestyles and how are these people living these lifestyles?”

After seeing the post, she sprang into action and used her own social media platform to encourage and show support for the cyber-bullies' young victim.

She wrote:"Dream on sweetie and do not let any of these dreamkillers tell you who or what you want to be! People got some damn nerve posting and ridiculing a child. @ilovechefette can we get some free ice cream vouchers for this little angel? Also, anyone who knows her please DM me! I would buy the ice cream myself if need be."

She later revealed that Chefette Restaurants, which does a lot of philanthropy behind the scenes and anonymously, had accepted her request to turn this negative experience into a positive one for the little girl.

“Very happy to announce that after calling Chefette this morning Little Miss Chefette and three of her friends of her choice will be recipients of Chefette Care packages, a chance to meet Chefette management and free Ice Cream. Take that haters!”

Meanwhile, the father of 'Little Miss Chefette' told Loop News that the 'Chefette' outfit was provided by his daughter's nursery when it hosted its Career Day earlier this week.

He said his daughter was happy to be given that outfit:

“As a child at that age, she sees Chefette and knows it to play in, eat roti and so on; it impresses her. She was fussy, but everybody turned it into another matter but she was pleased with it…  She was happy with her uniform.”

The Career Day was on Monday and he admitted that prior to today they were not receiving negative comments, only compliments.

Learning of the news that Chefette had responded to Toni's post, he added:

“I just want to say thanks to Toni and Chefette for taking the time to take notice of my daughter and our little problem on social media and turning a negative into a positive for her.”

Ryan Haloute and Chefette Restaurants delivered on their promise yesterday.

“She visited our Fontabelle Office yesterday and I wanted to say ‘hi’ and encourage her to dream big and aim even higher.”

Toni Thorne who had noticed Little Miss Chefette on social media was pleased after seeing the photos from the presentation as well. Today she said:

“I feel good, some people said it wasn’t that serious, for me it was just about turning negative situations into positives. It’s just to encourage other people to get on the train to brighten someone else’s day.

“Imagine if everybody who saw something negative, no matter how small it may be and turned into a positive, imagine the world that we would be living in.”

Prizes were given to Little Miss Chefette and some were also given to the principal of the pre-school who said that will give them out at their graduation ceremony.

Made My Day: Cheryl grateful for cheerful roadside assistance