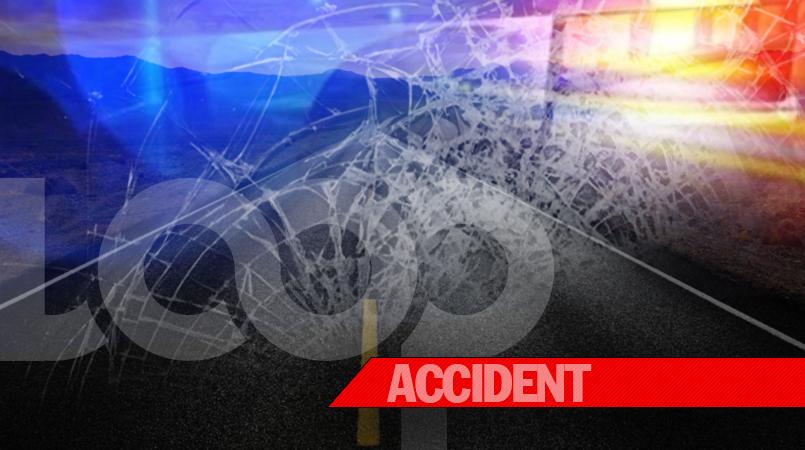 Four persons were injured in an accident which left a St Michael road blocked yesterday.

The Royal Barbados Police Force provided an update on the "accident with injuries which occurred about 6:50 pm on Saturday, December 15th along Two Mile Hill, St. Michael".

Acting Public Relations Officer with the Force, Sergeant Michael Blackman, added that those persons had to be taken to the Queen Elizabeth Hospital (QEH):

"Four persons reported slight injuries and were transported to the QEH by ambulance...

"The occupants of the car complained of foot and back injuries, while the motor car received extensive damage."

He explained that the crash occurred when the driver was approaching a pool of water:

"Information revealed that a motor car registration number SA 2312 was travelling along Two Mile Hill in the direction of Bridgetown.

"On reaching a section of the road which carried a pool of water the driver accelerated rather than braking, causing him to lose control of the car and colliding with a wall."

Traffic Alert: Siblings struck in one of two serious accidents