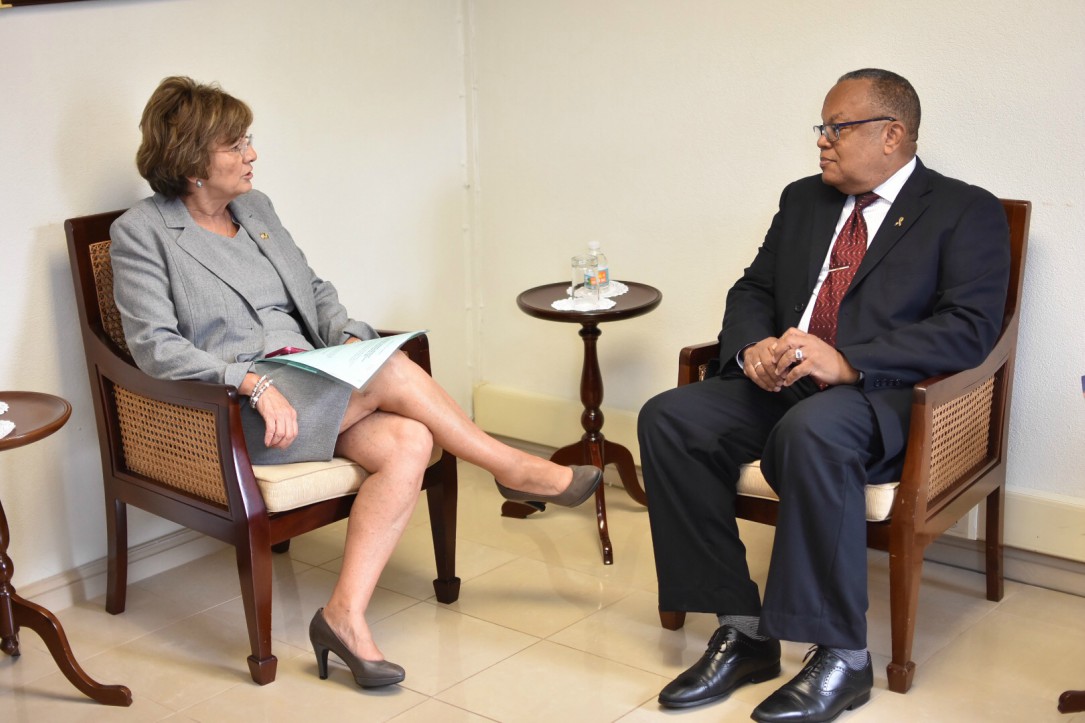 US Ambassador to Barbados, the Eastern Caribbean and the OECS Linda Taglialatela at a meet with Barbadian Foreign Minister Jerome Walcott (FILE)

The US Ambassador to Barbados, the Eastern Caribbean and the OECS, Linda Taglialatela is not shying away from commenting on the death of George Floyd.

On Instagram, in light of the subsequent protests which have erupted in all 50 states and in Canada, United Kingdom, Europe, Germany and other countries including some in the Caribbean, she wrote:

"The responses to the tragic death of George Floyd by Americans and people worldwide, in the Caribbean, express pain, anger, and frustration towards racial injustice in the United States."

And she said that the US does not have any excuse for allowing such incidents to occur and repeat themselves constantly.

"Although our nation was founded on the principles of life, liberty, and the pursuit of happiness, racism too is part of our history and has yielded painful results.

"We must do better.

"Our democracy will rise to this challenge. We will hold those responsible accountable and support free speech and peaceful assembly. The struggle to attain and uphold justice continues. It is embodied by the peaceful demonstrators across our nation and has the steadfast support of all of us at the US Embassy, black and white, American and Caribbean."

In Barbados, a protest was to be held on the grounds of the US Embassy in Wildey on June 6. Ahead of the demonstration, the Embassy issued an alert on its official website to notify its citizens. It made Americans aware of the protest action and cautioned them to be on their guard because peaceful protests have the potential to turn violent.

Report: 3 other officers to be charged in George Floyd's death