US, China leave next steps for trade talks unclear 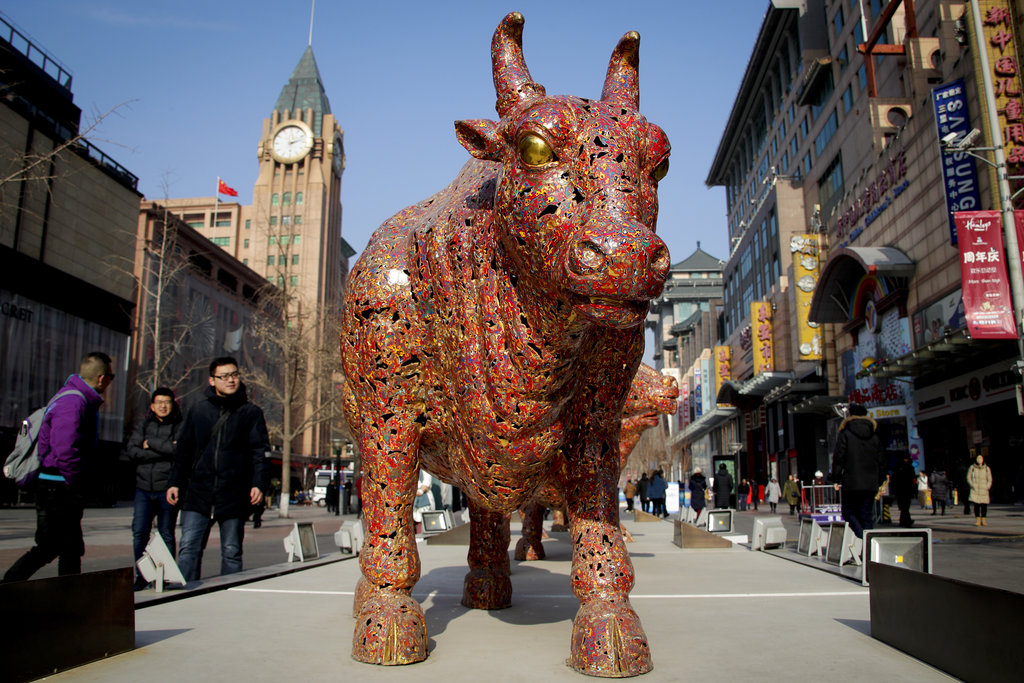 The United States and China gave no indication of their next step after wrapping up talks aimed at resolving a tariff fight that threatens to chill global growth.

The two sides will "maintain close contact," China's Ministry of Commerce said Thursday. But they announced no agreements or date for meeting again during the 90-day truce declared on Dec. 1 by Presidents Donald Trump and Xi Jinping in their fight over Beijing's technology ambitions.

That uncertainty dampened Asian investor sentiment. Stock markets in Germany, France, Japan and China fell back after rising Wednesday following Trump's comment on Twitter that the talks were "going well!"

Negotiators focused on China's pledge to buy a "substantial amount" of agricultural, energy, manufactured goods and other products and services, the U.S. Trade Representative said.

However, a USTR statement emphasized American insistence on "structural changes" in Chinese technology policy, market access, protection of foreign patents and copyrights and cyber theft of trade secrets. It gave no sign of progress in those areas.

It also said the negotiations dealt with the need for "ongoing verification and effective enforcement." That reflects American frustration that the Chinese have failed to live up to past commitments.

A Ministry of Commerce spokesman, Gao Feng, said the talks "enhanced mutual understanding and laid the foundation for addressing each other's concerns."

Trump hiked tariffs on $250 billion of Chinese goods over complaints Beijing steals or pressures companies to hand over technology.

Washington also wants changes in an array of areas including the ruling Communist Party's initiatives for government-led creation of global competitors in robotics, artificial intelligence and other industries.

American leaders worry those plans might erode U.S. industrial leadership. Chinese leaders see them as a path to prosperity and global influence and are reluctant to abandon them.

The two sides might be moving toward a "narrow agreement," but "U.S. trade hawks" want to "limit the scope of that agreement and keep the pressure up on Beijing," Eurasia Group analysts Michael Hirson, Jeffrey Wright and Paul Triolo said in a report.

"The risk of talks breaking down remains significant," they wrote.

Beijing has tried to mollify Washington and other trading partners by promising to buy more of their goods and open its industries wider to foreign competitors.

Trump has complained repeatedly about the U.S. trade deficit with China, which last year likely exceeded the 2017 gap of $336 billion.

Economists say the 90-day window is too short to resolve all the conflicts between the biggest and second-biggest global economies.

"We can confidently say that enough progress was made that the discussions will continue at a higher level," said Craig Allen, president of the U.S.-China Business Council. "That is very positive."

Chinese exports to the U.S. have held up despite tariff increases, partly due to exporters rushing to fill orders before more increases hit. Forecasters expect American orders to slump this year.

China has imposed penalties on $110 billion of American goods, slowing customs clearance for U.S. companies and suspending issuing licenses in finance and other businesses.

U.S. companies want action on Chinese policies they complain improperly favor local companies. Those include subsidies and other favours for high-tech and state-owned industry, rules on technology licensing and preferential treatment of domestic suppliers in government procurement.

For its part, Beijing is unhappy with U.S. export curbs on "dual use" technology with possible military applications. Chinese officials say their companies are treated unfairly in national security reviews of proposed corporate acquisitions, though almost all deals are approved unchanged.

This week's talks went ahead despite tension over the arrest of a Chinese tech executive in Canada on U.S. charges related to possible violations of trade sanctions against Iran.