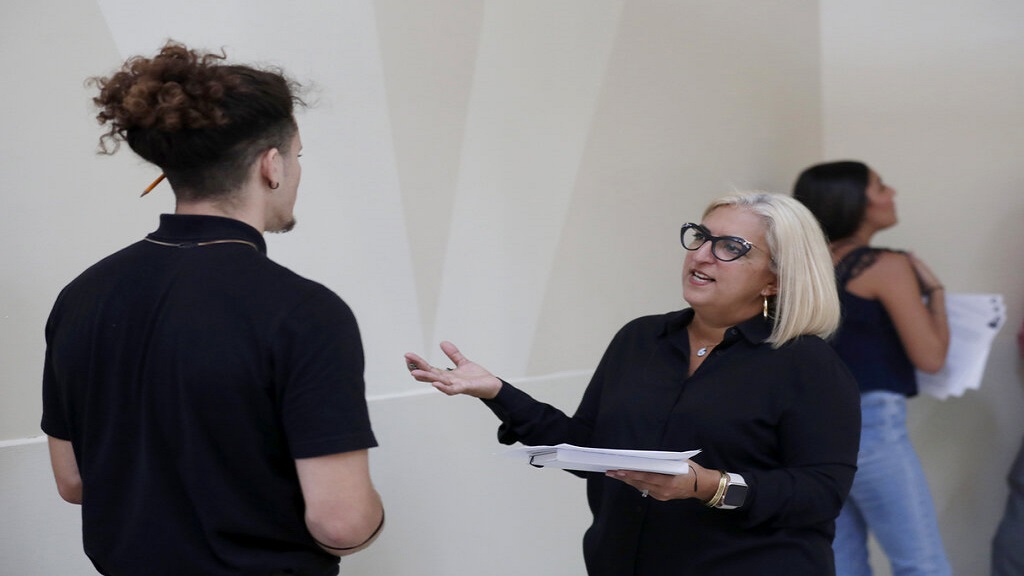 In this Oct. 1, 2019, file photo, Gory Rodriguez, of Starbucks, right, interviews a job applicant during a job fair at Dolphin Mall in Miami. (AP Photo)

The Labor Department also said Friday that a half-million people streamed into the job market in January, though not all of them found jobs. That influx meant that more people were counted as unemployed, and it boosted the jobless rate to 3.6 per cent from a half-century low of 3.5 per cent in December.

The government’s monthly jobs report signalled that businesses remain confident enough to keep hiring, with the pace of job growth accelerating from a year ago. Solid consumer spending is offsetting drags from the trade war and declining business investment.

The job gains also give President Donald Trump more evidence for his argument that the economy is flourishing under his watch. The Democratic contenders vying to oppose him, who will debate Friday night in New Hampshire, have embraced a counter-argument: That the economy’s benefits are flowing disproportionately to the richest Americans.

Despite the brisk pace of hiring in January, hourly pay is up just 3.1 per cent from a year earlier, below a peak of 3.5% last fall, though still above the inflation rate.

The public’s confidence that jobs are plentiful is helping persuade more people without jobs to begin looking for one. Last month, 61.2 per cent of American adults had jobs, the highest proportion since November 2008.

Friday’s employment report included the government’s annual revisions of estimated job growth. The revisions showed that hiring was slower in 2018 and early last year than previously estimated. Employers added 2.3 million jobs in 2018, down from a previous estimate of 2.7 million.

The revisions also lowered February 2019’s job gain from 56,000 to just 1,000. That revision barely maintained the record-long streak of hiring that began after the Great Recession and has now reached 112 months.

China's deadly viral outbreak has sickened thousands and shut down stores and factories in that country. But its impact likely came too late in the month to affect Friday's US jobs report.

Factory hiring, however, will likely be slowed in coming months by Boeing's decision to suspend production of its troubled aircraft, the 737 MAX. One Boeing supplier, Spirit Aerosystems, has said it will cut 2,800 jobs. Those layoffs occurred after the government’s survey for the January jobs report and will likely affect the hiring figures released next month.

Still, manufacturers shed jobs in January for the third time in four months, cutting 12,000 positions, mostly because of layoffs in auto plants. Companies as a whole have cut back sharply on their spending on plants and equipment, in part because of Trump’s trade conflicts. That pullback in spending may continue to hamper manufacturers.

In the meantime, consumers remain confident about the economy and are spending steadily, benefiting such industries as restaurants, hotels, and health care. A category that mostly includes hotels and restaurants added a robust 36,000 jobs. Health care providers added more than 47,000.