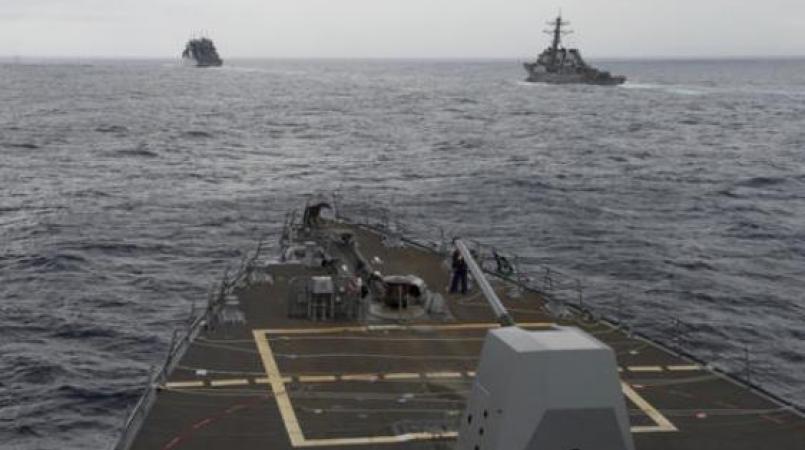 A Chinese warship seized a U.S. Navy unmanned underwater glider that was collecting unclassified scientific data in the South China Sea, and the U.S. is demanding its return, the Pentagon said Friday.

Navy Capt. Jeff Davis, a Pentagon spokesman, said that the U.S. has issued a formal diplomatic complaint over Thursday's incident, but he was not aware of any response yet. The Chinese Embassy said it had no immediate comment.

According to Davis, the USNS Bowditch, a civilian U.S. Navy oceanographic survey ship operated by the military's Sealift Command, was recovering two of the unmanned gliders about 50 nautical miles northwest of Subic Bay near the Philippines when the Chinese ship approached. He said the Dalang Class Chinese ship, which does rescue and recovery missions, sent out a small boat that then took one of the Navy gliders.

He said the Chinese ship acknowledged radio messages from the U.S. ship, but did not respond to demands the glider be returned.

The Navy drone is a glider, about 10 feet long and less than two feet wide, that can be programmed and moves automatically through the water collecting data on temperature, salinity, and other scientific facts used for sonar operations.

"It is ours. It's clearly marked as ours. We would like it back, and we would like this not to happen again," Davis told reporters.

As the Chinese ship left with the drone, the Pentagon said, its only radio response to the U.S. vessel was, "We are returning to normal operations."