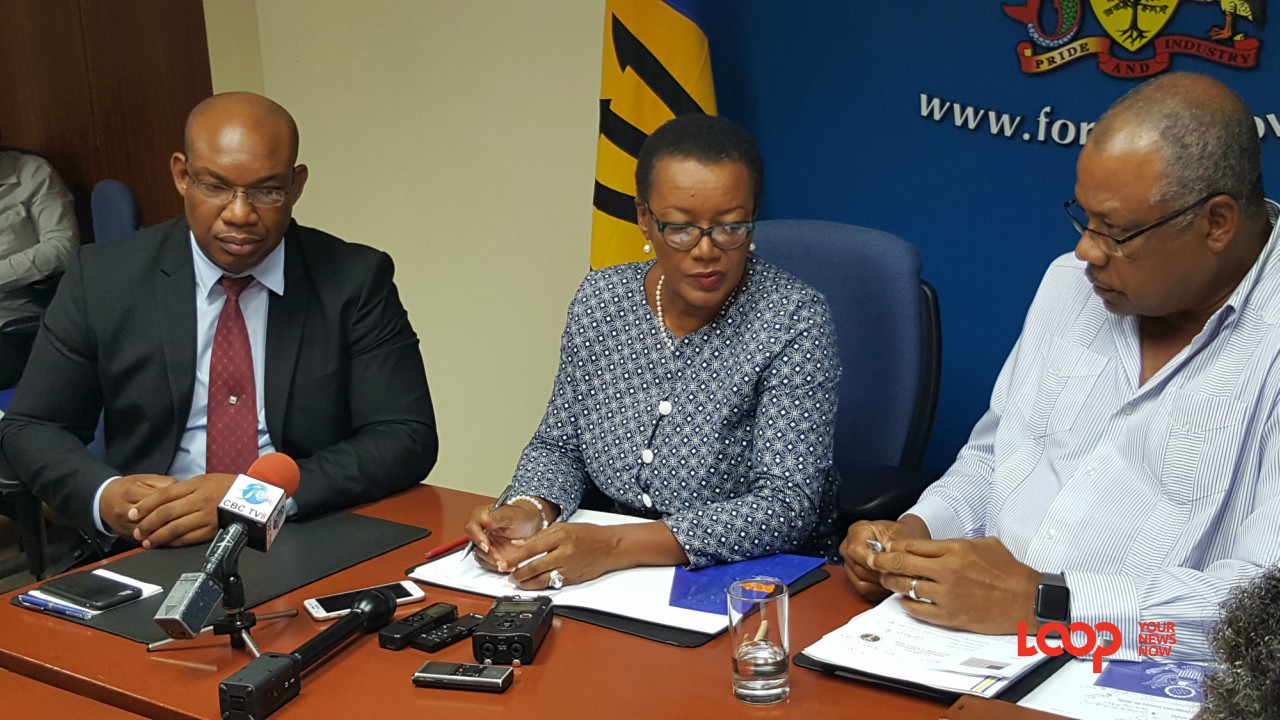 Barbados has not asked the U.S. Embassy Bridgetown to retract the health alert issued January 25, 2018, in relation to the island's tap water, however as it relates to testing Barbados' water supply going forward, it is not business as usual.

The United States Ambassador to Barbados, Her Excellency Linda Taglialatela and Embassy Officials have cleared the air at the urgent request of Barbados’ officials and put to bed some of the fears caused by its second health alert.

Today after an emergency meeting with the Ambassador and officials to discuss the vague health alert issued yesterday, Thursday, January 25, the results were disclosed in full to the body of officials from Foreign Affairs, the Ministry of Health and the Environmental Protection Department along with Tourism officials.

The Minister of Foreign Affairs and Foreign Trade, Senator Maxine McClean told the media at a press conference held at her Ministry’s headquarters in Culloden Road:

“Let me emphasise that we were informed by the Embassy officials that the laboratory tests were negative for salmonella, coliform and E.Coli which would be of primary public health concern.”

In regard to the alert, which stated that elevated levels of bacteria were found in the tap water at US Embassy residences during recent tests, Acting Chief Medical Officer Anton Best said that the bacteria were "nonspecific".

McClean accepted that it is the protocol of the United States to issue alerts in the best interest of their citizens, but to nip a repeat of this situation in the future in the bud, she called for more thorough testing and dual testing by both the United States and local persons including the Barbados Water Authority (BWA) simultaneously.

Reading a statement at the start of the press conference, she added:

“I took the opportunity to ask the USA to permit the collection water samples on the properties that were tested. In case of future tests, we have asked that there be simultaneous collection of samples. To these requests, the Embassy has agreed to a collaborative process with the Ministry of Health and the BWA.”

And the Senator and Barbados’ officials learned that the residents are all in Christ Church including Enterprise and Atlantic Shores, but not along the South coast.

“We are assured by the relevant competent authorities that the drinking water supply in Barbados remains safe. The agencies will continue to monitor the water supply system to ensure compliance with WHO guidelines in the interest of public health.”