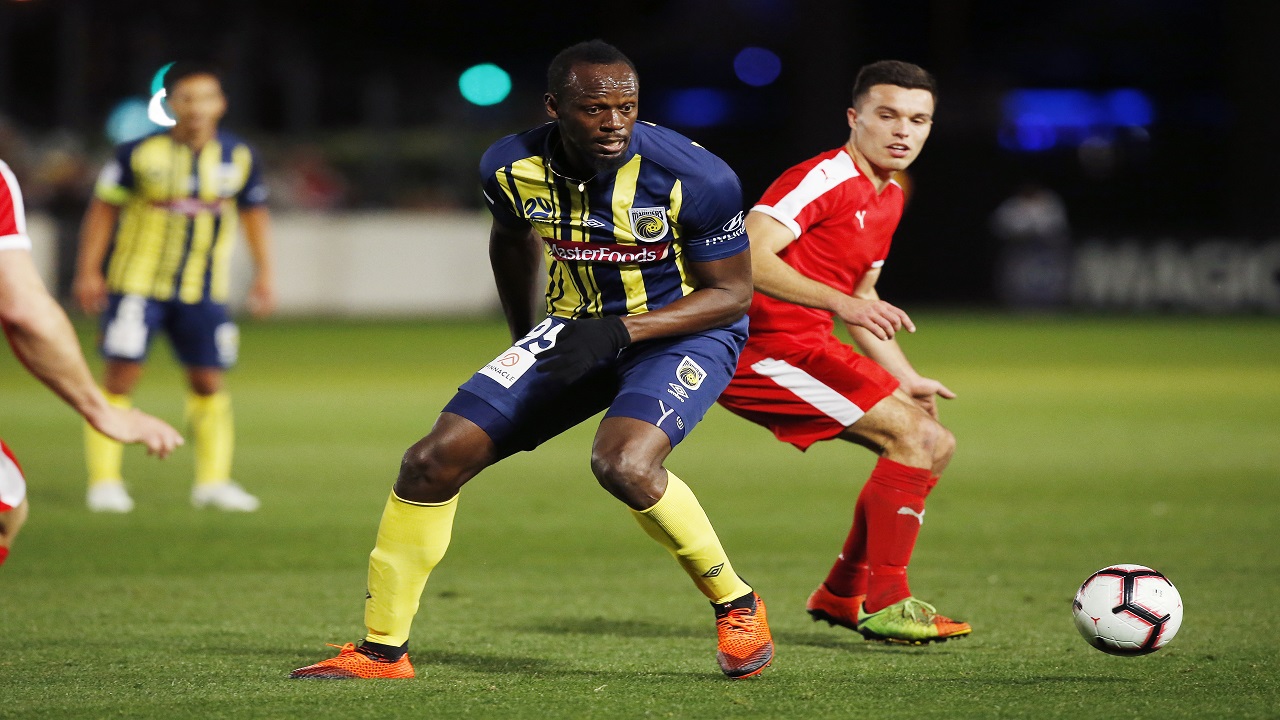 Usain Bolt's football debut for the Central Coast Mariners on Friday lasted about 20 minutes against an amateur local team and with almost 10,000 people in the crowd.

The eight-time Olympic gold medalist is trying to become a professional football player and has been given a tryout with the Australian A-League club based in Gosford, north of Sydney.

Bolt started on the left wing and had a clumsy first touch, but settled in and found himself in scoring positions a couple of times before having a stoppage-time shot blocked. 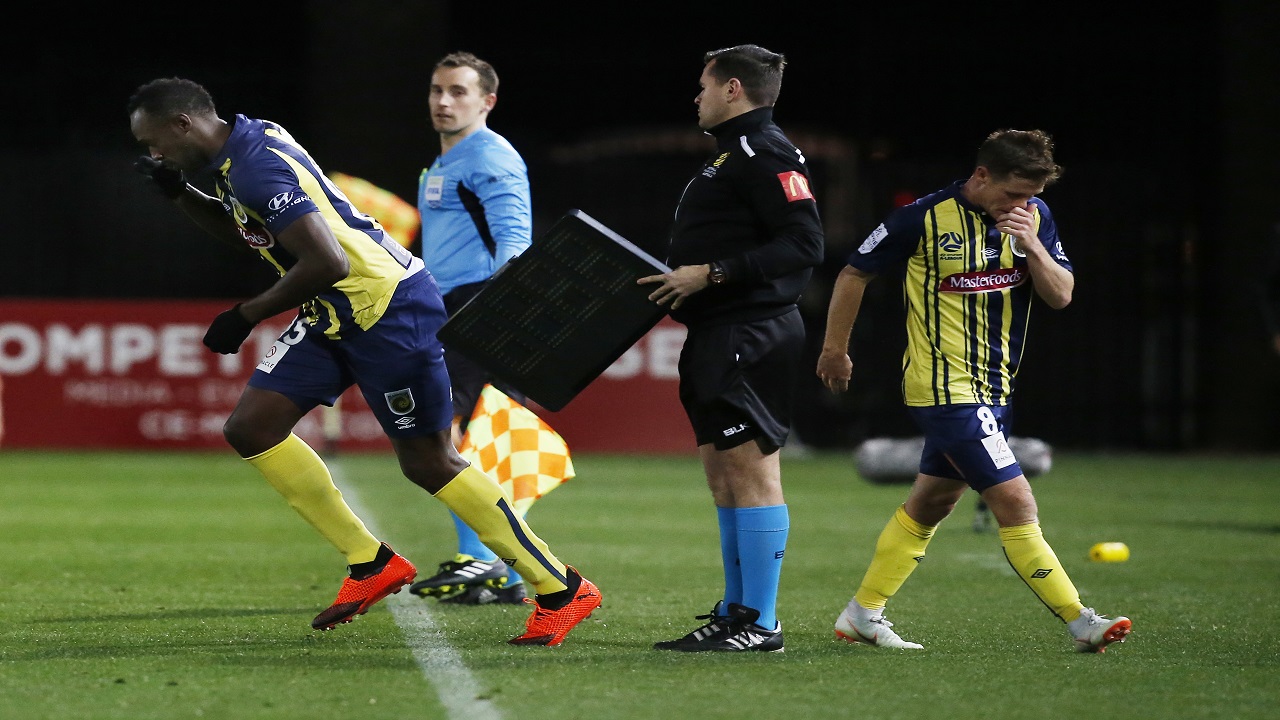 "I was a little bit nervous, but as soon as I got on the field I think the nerves went away," Bolt told broadcaster Fox Sports. "I wish I had more touches, but I'm not fit yet. I've just got to put in the work and get up to speed."

The Mariners already had a commanding lead when Bolt went on as a substitute in the 72nd minute — wearing the number 95 on his shirt — and easily won 6-1.

The 32-year-old Jamaican predicted it would take four to five months until he's "playing like one of the guys." 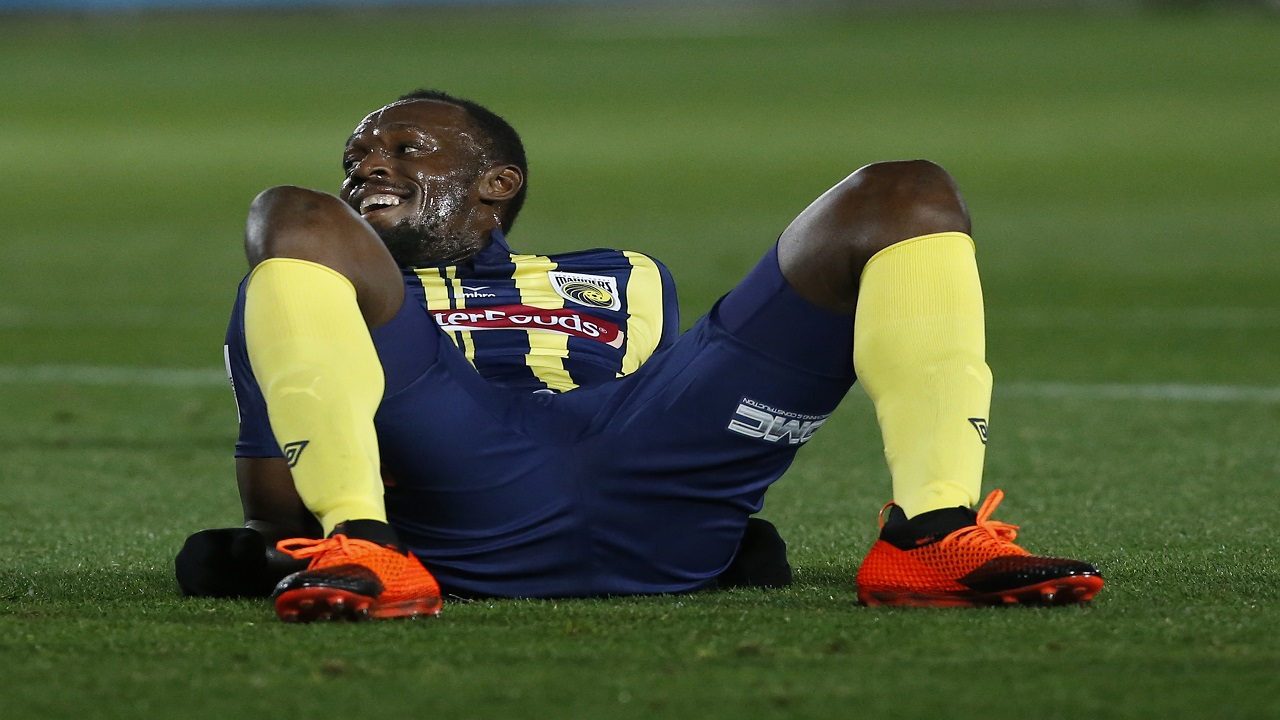 Even if he doesn't make it as a football player, Bolt can still draw a crowd. Some critics have said that's what his trial period in the A-League is all about. Bolt has regularly said his ambition is real.

The crowd for Friday's match was about four times bigger than the average home attendance the Mariners attracted last season. The Australian Associated Press reported that the exhibition game was broadcast in 60 countries.

Usain Bolt admits to nerves ahead of Mariners debut

Two top Bajan footballers off to Europe with big hopes