Usher's accuser said he didn't warn her about herpes 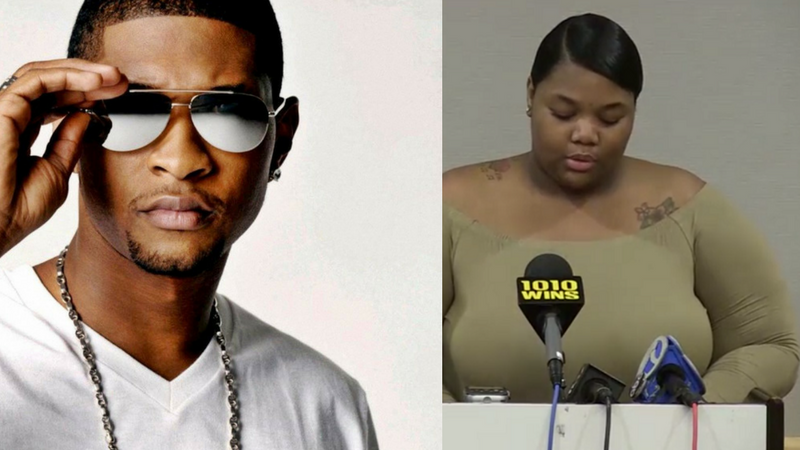 A woman who said she had sex with R&B star Usher without knowing that he allegedly has herpes spoke to reporters at a New York press conference on Monday.

According to entertainment news site TMZ, Quantasia Sharpton appeared with celeb lawyer Lisa Bloom and said that the star cherry-picked her at one of his concerts which she attended for her 19th birthday and had sex with her without telling her that he had herpes.

Speaking at the press briefing with her lawyer Lisa Bloom, Sharpton said she celebrated her birthday by attending one of his concerts with her friends when she was spotted.

She said she was selected to go back stage and then a security guard asked for her number; and that Usher was interested. She said Usher asked what hotel she was staying at and then showed up at her hotel, where they had 'sexual contact'.

"He never warned me about any STDs, I never heard from him again. When I first heard that he had herpes I couldn't believe it," she said.

"If you are positive you need to warn your sex partners," she said.

Her lawyer added that Usher has not confirmed if he has herpes but he has not refuted any media reports.

Bloom is filing a lawsuit on behalf of 2 women and 1 man, all of whom claim they have had sexual contact with Usher since his alleged diagnosis. She says 1 of the remaining clients -- either the man or woman -- has tested positive for herpes.

Bloom added that additional lawsuits may be filed.

Drug resistant Gonorrhea on the increase

Syphilis cases on the increase