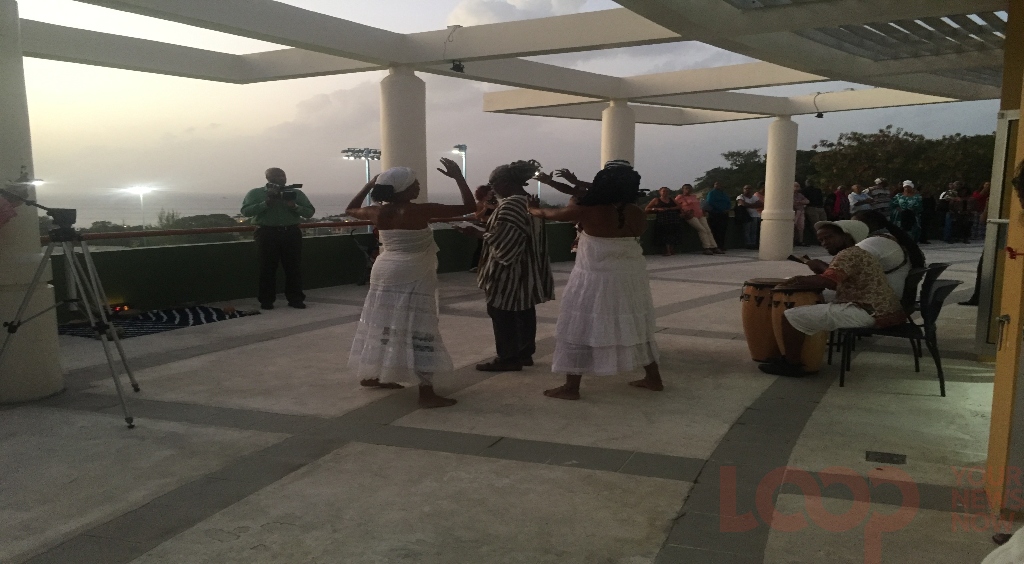 Opening performance of the Kamau Brathwaite celebration of life.

If you are a lover of poetry, literature or the fine arts, then you should have heard of the Kamau Brathwaite.

You may also be aware of the unfortunate passing of Brathwaite on February 4, 2020.

In honour of him, there was a celebratory programme “Walk good Kamau” at the Errol Barrow Centre for Creative Imagination on the University of the West Indies, Cave Hill Campus in Barbados.

During the course of the night, many showed their love and appreciation for Kamau through what he loved doing best - poetry, spoken word and music. Artistes either performed original pieces or some of Kamau’s greatest works.

This included the likes of Yvonne Weekes, Adrian Green and The “Mighty” Gabby. There were also performances from Riddim Tribe, Gentle Steps Arts Academy, Magaret Gill, John Hunte, Aja, Amanda Cumberbatch and many others.

As Weekes gave her poetry piece her voice began to crack as she grieved for her friend to whom she remembered as a great encourager and motivator.

But only Weekes shared these sentiments of Kamau, almost everyone who performed described him as being someone who taught them to believe in themselves and their work and he was a source of encouragement for them every step of the way.

“I’m pretty sure Kamau would have enjoyed this gathering as well…with the outpouring of love and appreciation for him”. This is what one of the organisers of the event, Carol Hunte, said to the full room of all those who wanted to pay their respects to the incredible Bajan poet.

Hunte said that prior to Kamau’s passing, she and her team were planning to have a grand celebration for his 90th birthday. This was set to take place in May. Nevertheless, the plans will not be hindered because of this unfortunate event.

She recalls on the day that Kamau took his last breath, of receiving various calls from persons who wanted to know how will the Centre celebrate his life.

Despite only having a short time frame to accomplish the ceremony, Hunte said that she is grateful for the help of Yvonne Weekes, Andrew Millington and Yanique Hume who assisted in making the night memorable. She was also pleased with everyone who was asked to perform. "No one refused to perform, everyone wanted to pay their respects to the great Kamau Brathwaite.

Kamau has made an exceptionable impact on the world of poetry in Barbados and the wider Caribbean."