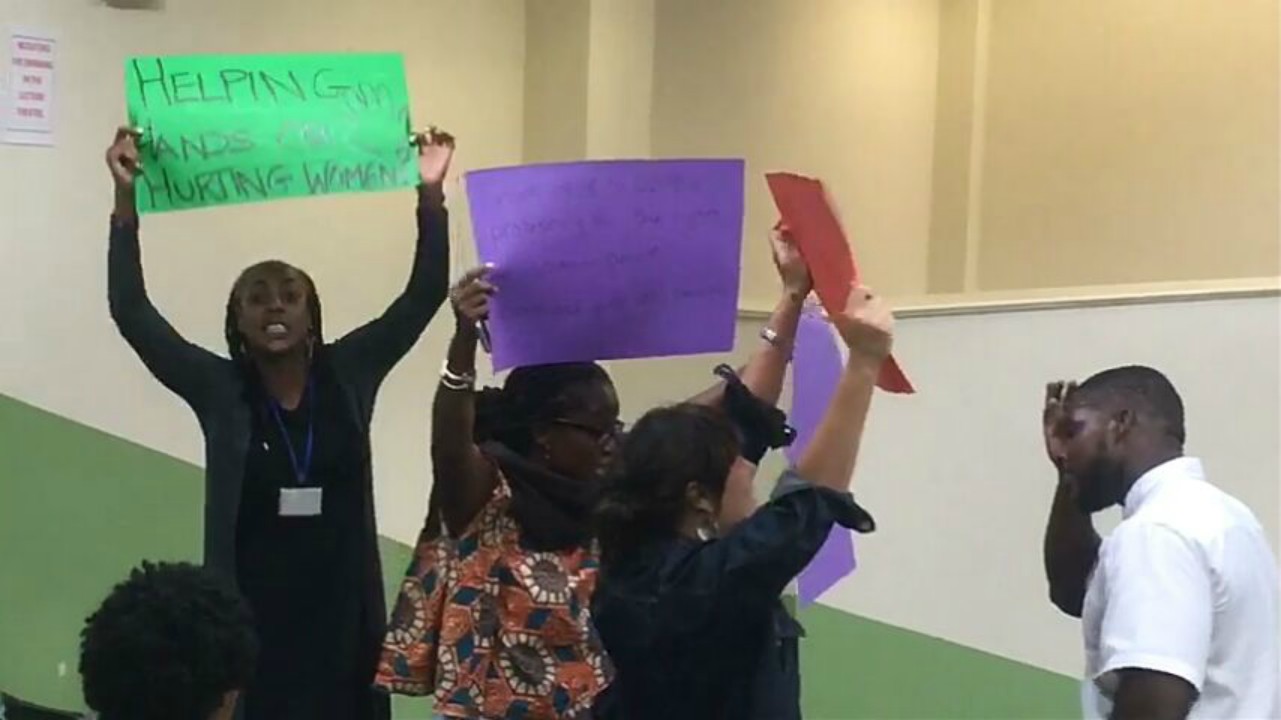 A group of women have joined thousands across the Caribbean who are standing in protest to the alleged misuse of power and abuse of women by the Prime Minister of St. Vincent and the Grenadines (SVG), Ralph Gonsalves.

The SVG PM was scheduled to deliver a lecture at the University of the West Indies, Cave Hill at 8:00 pm on the topic, 'Helping Hands or Damaging Lands?: The effects of international relief on CARICOM small island developing states' in the Medical Sciences Lecture theater.

During the presentation by Gonsalves, three women, one of which included the co-director for the Life in Leggings movement, Luci Hammans, staged the protest within the auditorium bringing the lecture to a halt and shocking many of the attendees.

The women said they were standing in solidarity with all women across the region in speaking out about the misuse and abuse of power by leaders. Gonsalves maintained his composure during the protest and interjected to ask the women if they would prefer to discuss their concerns at a "more appropriate time". They declined.

UWI security officials swooped in shortly after to remove the demonstrators from the auditorium and also escorted them off the campus.

Over the last several weeks Vincentians at home and abroad have been protesting and voicing their dissatisfaction with the Gonsalves-administration in light of the scandal the son of the PM, Camillo Gonsalves, was alleged to be at the center of with former model Yugge Farrell. Farrell was charged with using abusive language to the wife of Camillo in early January and was remanded to the island's mental health facility for three weeks. Represented by Barbados' Attorney-at-law Andrew Pilgrim Q.C. she received bail and the case has been adjourned until December.

The Opposition New Democratic Party (NDP) in SVG staged a number of protests on the streets of Kingstown following the court case and also laid a no-confidence in Parliament and called on Gonsalves and his son to clear the air.