UWI Principal wants to give away more scholarships with RBC 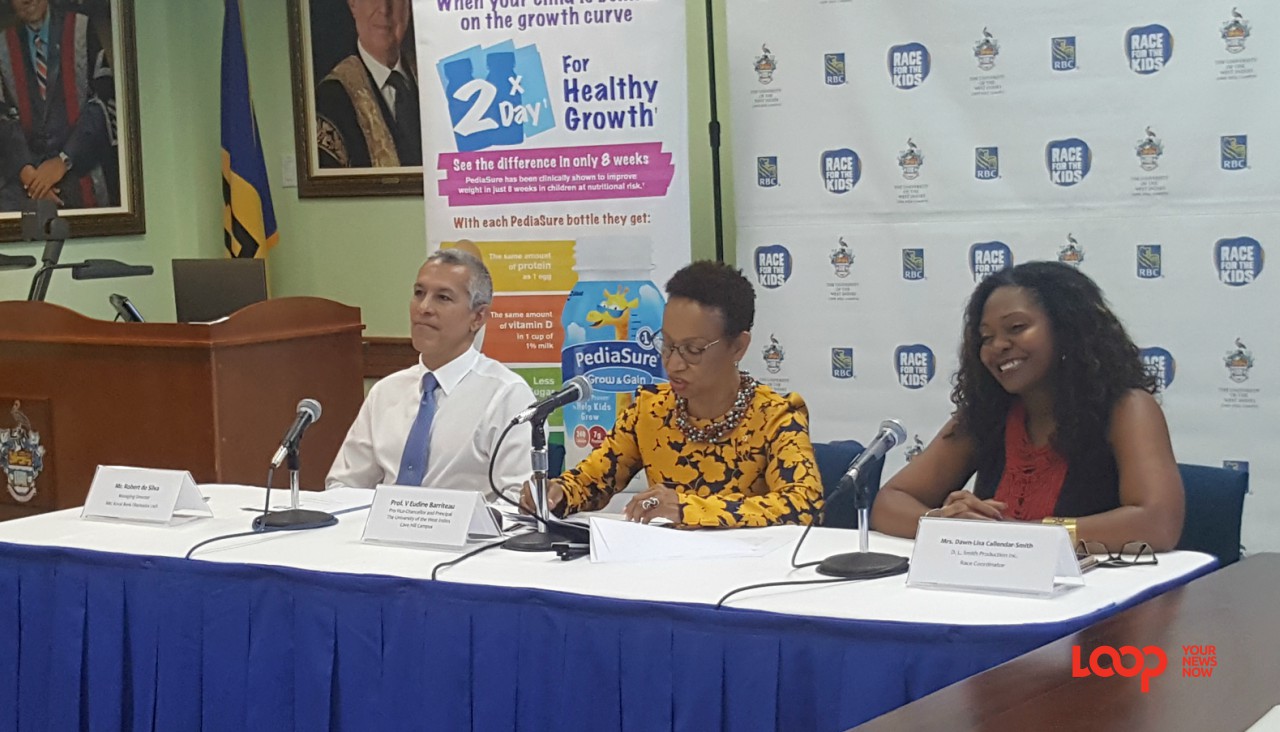 If the Principal of the University of the West Indies (UWI), Cave Hill campus has her wish more than seven students will receive scholarships worth $7000 or more, after the RBC Race for the Kids 2018.

Pro Vice-Chancellor and Principal of the University of the West Indies (UWI), Prof. V. Eudine Barriteau is looking for 3,000-strong to register and turn up for this year’s edition of the RBC Race for the Kids.

Using those funds, the Campus was able to offer six new scholarships valued at BBD$7 000 each, while BBD$20 000 benefited students in the First Year Mental Health Programme.

Therefore, noting the economic climate, she said that her hope is to be able to help more students this second time around.

She stated that in present-day Barbados for some, a scholarship is the only way they can attend UWI. “Appreciate that for many of our students, receiving a scholarship is the lifeline they need to complete their academic journey. This desire became even more acute since the adjustment to state-funded tuition for Barbadians was made three/four years ago (2014).”

“The 2018 race is dedicated to the UWI Cave Hill Campus Student Scholarship Fund and the First Year Experience Programme [again]. Scholarships will be made available to both undergraduate and postgraduate students. In addition, this year being the 70th Anniversary celebrations of The UWI, Cave Hill hopes to offer a 70th Anniversary Scholarship to its student body. We are aiming to raise in excess of BBD $125,000 this year.”

With a huge smile during the recent media launch held at the university in the Main Conference Room, the Principal who was in jovial spirits said that she expects to attain the increase in funds, by attracting a greater number of participants than last year.

“Reports indicate that over 1300 persons took part in the Race and we eagerly look forward to even greater participation on 11th March this year. I understand that the aim is to double the number of last year’s participants. But I will be a bit more ambitious and tell you that it is my fervent hope and expectation that we can attract at least 3000 participants this time around.”

But she did not leave it to chance, she challenged the various departments and staff members to turn up and bring family and friends, and she challenged the President of the Student Guild to gather students not only from UWI, but the Samuel Jackman Prescod Institute of Technology and the Barbados Community College as well.

$63,000 raised for youth education through RBC Race for the Kids

PHOTOS: First RBC Race for the Kids for Barbados