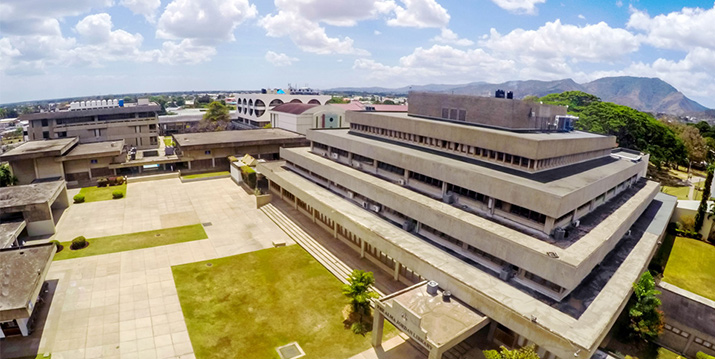 An aerial view of a section of the UWI St Augustine campus.

The University of the West Indies (UWI) is placed 32nd among the 150 best-ranked universities across Latin America and the Caribbean, in the latest publication of college rankings by Times Higher Education magazine.

This is an improvement of five places from its 37th place ranking in 2018. UWI has maintained its number one ranking among Caribbean universities.

This year marks the second time UWI was being ranked.

“This ranking is impressive given that the region has over 200 registered universities. Furthermore, The UWI has improved its position within the top three per cent of universities in Latin America and the Caribbean,” the institution said in a statement on Tuesday.

UWI’s Vice-Chancellor, Professor Sir Hilary Beckles, in response to the school's rise in the rankings, said: “We have set out on a strategic mission to radically transform and improve The UWI’s regional and international academic standing as an excellent global university rooted in the Caribbean.

"My colleagues are mobilised around this vision, and have worked very hard and smart as a leadership team," Beckles continued. “I am very impressed with their focus and commitment to serve The UWI and the people of the Caribbean who are deserving of excellent outcomes. This rise in our ranking reflects the efficient and effective effort of the entire UWI family to be the best it can be."

UWI said its performance reflects the considerably improved hemispheric recognition of the University’s research impact in multiple disciplines, the development of strategic alliances with Latin American universities, and the official recognition of its contribution to the development agenda of the subregion.

In addition, UWI said its position was enhanced by the newly created higher education organisation, Universities Caribbean, a collaborative grouping of over 40 universities from Cuba, Curaçao and Colombia to the Dominican Republic, Jamaica, Costa Rica and Haiti to Suriname, for which Vice-Chancellor Beckles was elected as the first-ever President.

“These developments served to enhance The UWI’s academic reputation, strategic partnering, and student preparation for the postmodern world,” the statement concluded.