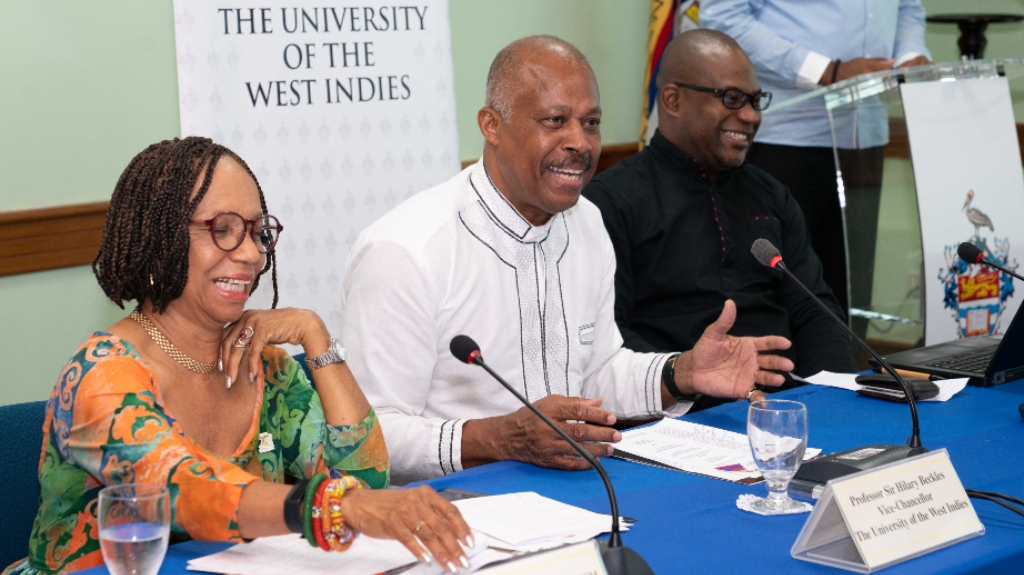 One year after hitting the Times Higher Education (THE) rankings, the University of the West Indies (UWI) has climbed to a spot in the top four percent of the best universities in the world.

“This upward trajectory into the top 4% of the world’s best universities reflects the extraordinary effort
of the management team and The UWI family to honour the pledge within the strategic plan to be an
excellent global university rooted in the Caribbean”, says Vice-Chancellor Beckles. Specifically, the Vice-
Chancellor added, “it is the intention of the University to be located in the top 3% of ranked universities by the end of the current strategic planning cycle in 2023.”

The UWI appears in the World University Rankings 2020 which includes almost 1,400 universities across 92 countries and is still the only Caribbean University on the prestigious list.

In a press release issued by UWI, it stated that in 2016, The UWI rolled out its five-year strategic plan (2017-2022) built upon three pillars — Access to tertiary education, Alignment with partners and stakeholders, and Agility in effort. Themed Revitalizing Caribbean Development, this plan mobilizes the University to “rekindle and sustain Caribbean  Development.” Vice-Chancellor, Professor Sir Hilary Beckles, in conceiving and rolling out this plan, which is known as the “Triple A Strategy”, declared an immediate objective to “radically upgrade and globalize the university’s performance reputation, and enhance its international visibility and competitiveness.”

To achieve this strategic objective, The UWI system prepared for its first exposure and participation in
comparative international rankings, last year. It chose professional engagement with Times Higher  Education (THE), the most prestigious ranking agency and moved with agility to become fully conversant with THE’s scientific methodology — pillars of assessments, criteria for categorizing performance, and the tabulation of scores. Critically, it called for a purposeful effort to strengthen areas of weakness and enhance traditional strengths.

With these excellent results in last year’s ranking scheme, The UWI did not rest on its laurels or muse upon its legacy. Rather, it moved to strengthen its competitive position in key areas, particularly in enhancing the international recognition of its published research. This achievement is reflected in recognized global research citation indices. The evidence of The UWI’s enhanced global visibility is found in key areas such as its leadership and participation in international projects. Additionally, its concerted efforts to expand and deepen Industry-Academic partnerships was noted. Collectively, these outputs showed that the University had made significant strategic strides, with enhanced excellence, reflected in a surge in reputation recognition.

Within the context of these developments, the just released THE 2020 results are even more impressive. The enhanced respect the University gained for its academic output and its alignment of effort with the development objectives of the region was rewarded.

Vice-Chancellor Beckles concluded, “The University has experienced a considerable rise in self-
confidence since participating in these global rankings.” The UWI has an excellent Executive Management Team, and is focused on sustaining its reputation revolution, while demonstrating daily proof of greater efficiency and public accountability.”

He expressed special gratitude to project leader, Pro Vice-Chancellor Densil Williams and his technical
team, and all members of community who actively participated in the data gathering, focused on
implementation schedules, and framed the dialogue associated with rankings as a tool of performance
measurement.

He further noted that The UWI has seen significant movement in all THE’s criteria of teaching, research, citations, industry income and international outlook. Importantly, the regional university which is much smaller and less resourced than many of its competitors on the list, received very high scores for ‘citations’ and ‘international outlook’ placing it among the top 75 percentile of universities across the globe in those criteria. “I am very confident,” he stated, “that going forward The UWI will see better days. And given what we now know about our global University, and the quality of work that we have been doing, I expect us to
continue to rise in the near future.”

Recently appointed University Registrar, Dr. Maurice Smith, who served as Chair of the media conference, commented that the THE’s rankings have “placed us alongside the wealthiest and the best in some of the biggest countries across the globe”. He added, “The rankings show how we have been aligning ourselves with our strategic mission to radically transform and improve The UWI’s regional and international academic standing as an excellent global university that is rooted in the Caribbean.”