UWI Vice-Chancellor: See funds to UWI as investment not expenditure 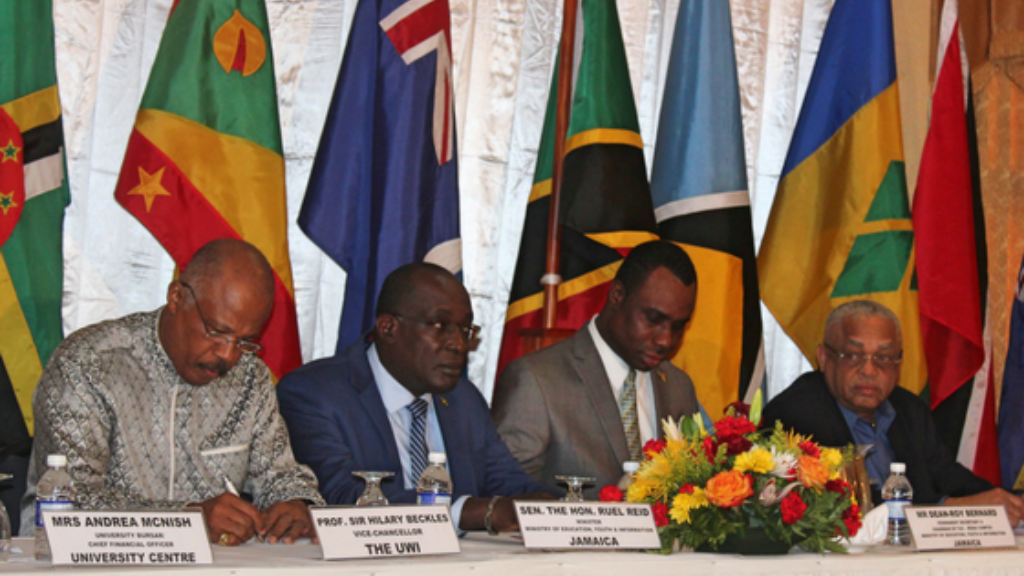 Vice-Chancellor of The University of the West Indies (The UWI), Professor Sir Hilary Beckles has said that the regional governments’ funding to the institution should be viewed as an investment, not expenditure.

Addressing the Opening Session of the Technical Advisory Committees (TACs) for The UWI on March 6 at the University’s Mona Campus Visitors’ Lodge, Vice-Chancellor Beckles noted that The UWI which is this year celebrating its 70th anniversary, “has ticked every box possible to ensure we created a fine university.”

Vice-Chancellor Beckles, addressing officials of the Ministries of Education and Finance across the region declared, “The UWI has its sleeves rolled up and is out there in the trenches pushing to get our national and regional economies up in the air.” The number one priority for The UWI, he noted, “is to facilitate the process of economic growth, the attainment of which is frustrating our best efforts.  Without at least 4% growth across CARICOM, and in Jamaica, our largest economy, sustaining social development will be a horrendous exercise.”

To this end, he argued, governments must turn the corner in their policy thinking, “seeing the University as a site of investment that facilitates economic growth and not a place for oppressive expenditure. All the countries in the post-recession world that have achieved impressive rates of sustained economic growth,” the Economic Historian said, “turned this corner and aligned their academic system with industry. This is where we are at the moment. We must succeed.”

Noting that good leadership in government sectors and a supportive private sector across the region along with graduates who continue to distinguish themselves regionally and overseas, have contributed to The UWI’s success, the Vice-Chancellor underscored that The UWI’s Strategic Plan 2017-2022 focuses on a “Triple A” strategy of Access, Alignment and Agility and a more accessible and aligned UWI can lead the revitalization of Caribbean development.

The Meetings of the TACs in Jamaica reviewed the budgets for the biennium 2018-2020 for the four campuses, its Vice-Chancellery and the University Hospital of the West Indies, for recommendations to be made to the Grants Committees.  The Grants Committees are then expected to review and approve the recommendations and advance them to the Annual Business Meeting of Council for final approval in April 2018.

The TACs Meetings are rotated annually across The UWI’s 17 contributing countries. The Government of Jamaica last hosted the meeting in 2012.