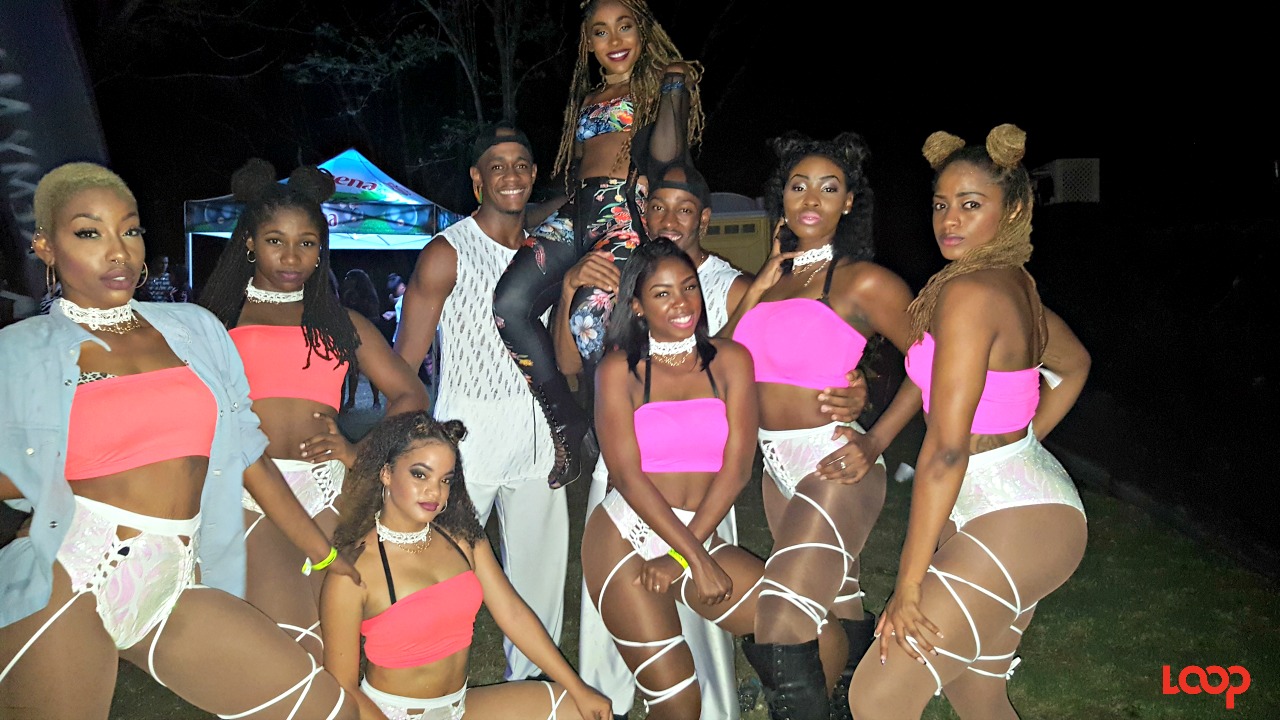 (center) Nailah Blackman and the dancers of Riddim Tribe.

Proud of her Bajan roots, Nailah Blackman not only rocked the stage at Valhalla but she embraced Barbadian culture completely sharing the stage with Riddim Tribe dancers, MarzVille and Stiffy.

The Trinidadian started her set with the declaration that her great grandfather was Bajan and that’s where her interview with Loop offstage after her performance catapulted from too.

“My great grandfather Conrad Blackman, he was Bajan, from Barbados and he came to Trinidad, where he met my grandfather’s mother and he started living in Trinidad. My grandfather was also a Bajan citizen but he was born in Trinidad, so he had two passports and well I mean I grew up in Trinidad all my life, and you know that is just the bloodline that came from here. So the Blackman name actually came from Barbados.”

When asked how she feels about the connection, especially since some people believe that there are feuds and hate between islanders, with a big smile on her face she thoughtfully said: 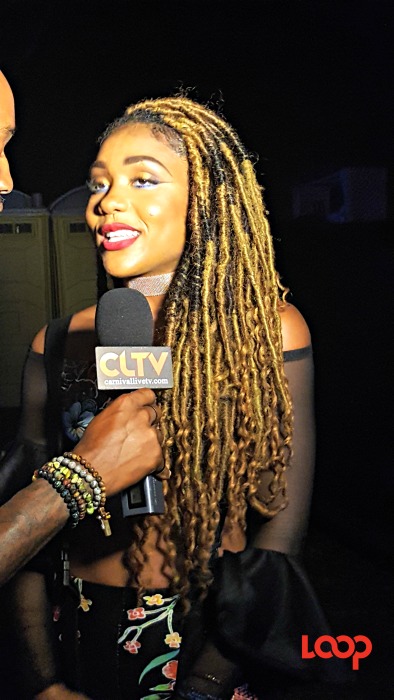 “Umm…well I think it is honestly an honour because it just shows how connected we all are and we’re not too different in itself. You know everybody likes to say, ‘Well, Trinidad is this… Barbados is that… Jamaica is this…’ But like it just shows that we are all one, and we’re all family and we’re all connected and together you know?! And I believe in unity.”

On the day of her performance, Saturday, June 17, 2017, her new solo track ‘Baila Mami’ on the Parallel Riddim hit 1Million views on YouTube and she was over the moon ecstatic.

“That is amazing because I mean ‘Workout’ [featuring Kes] is over 3Million and something, but it took so short a time to get to this point. I mean it’s been six weeks and that is an overwhelming feeling because it just shows that people really love the song.

“And with me coming into like a new genre, a new like type of music for me ‘cause I do something a little different to what I do now, to see that people reacting to my experiment like this is just motivating to the more for me.”

In terms of experimentation, Nailah who is making her way into the hearts of soca lovers on the wings of ‘Workout’ and her catchy refrain of ‘Give it to me da workout. Give me it to da love,’ is not to be caged in a box.

Talking about ‘Baila Mami’, which she created along with producer Anson Pro Soverall, she explained, “I’m a more jazz singer, I call it Caribbean folk. It’s very local Trinidadian, but at the same time it’s very international in the sense that it has a lot of European influence, and when I just add my soca to it and the dancehall flavour, when I wrote the song I was actually now about to go Jamaica so it was a lot of Jamaican influence as well put into that.

“So, my thought process was I just wanted a song for people to just lose themselves to and just have so much fun and feel confident about themselves. I am like a power-to-the-ladies kind of person and I feel like we just needed that song to just let free and feel like we can do anything in the world. I’ve always wanted to dance and never felt like I got the opportunity, so I wanted to give myself and other young girls a chance to be like ‘You can dance! Do it!’”

That said, Nailah is happy to continue to write for herself as that is how she lets her feelings out, but she is opened to accepting lyrics from other writers once she shares the same sentiments as them.

Valhalla was at Bellevue Plantation in St. Michael.

On stage, Nailah introduced the dancers of Riddim Tribe who backed her up during her set, and she showed her waistline skills too. Then when MarzVille and Stiffy landed at the venue, she showed more moves while she expressed her love for the Bajan bashment soca.