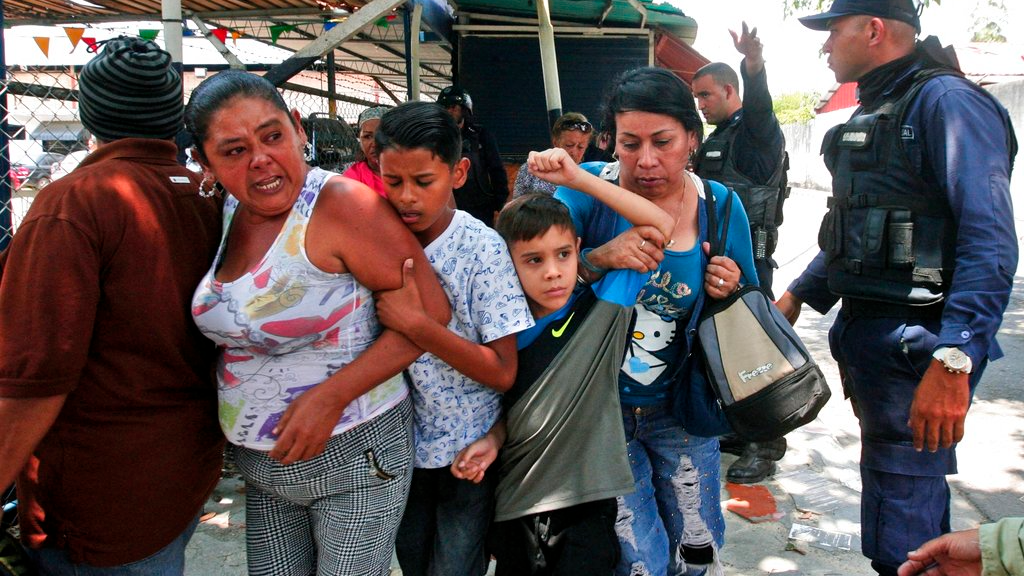 Venezuela's chief prosecutor said Monday that investigators believe prisoners started the blaze that killed 68 people in one of the worst jail fires in the nation's history by lighting some mattresses on fire.

Tarek William Saab said prisoners sparked the flames last week in response to a "type of inspection" being conducted by authorities at the police station jail in Valencia, 100 miles (160 kilometres) west of Caracas.

In his first comments explaining how the fire happened, Saab, a close ally of President Nicolas Maduro, told Union Radio that police officials nonetheless bore responsibility and would be held accountable.

"There could be more arrests because we are only in the preliminary stage of the investigation," Saab said.

Flames tore through a police station jail where an estimated 200 people were being kept in cells that prisoner rights advocates say were meant for no more than three dozen. The fire killed 66 prisoners and two women who were visiting. Some relatives of those killed said they received calls from their loved ones before the blaze saying that jail guards were throwing gasoline in the cellblock. Officials have not yet responded to those accusations.

Human rights advocates say the fire is one more indication of the squalid conditions in Venezuela's jails as the nation slumps into one of the most severe economic contractions in modern Latin American history.

Saab acknowledged Monday that overcrowding contributed to the tragedy and said he would initiate a campaign along with other public agencies to remedy the issue. According to his figures, there are more than 25,000 people in police station jails. Independent estimates suggest the number could be higher.

Saab said that despite being meant as temporary holding cells, police station jails hold about 3,000 people who have already been sentenced, including some detained for up to eight years. As a result of the prisoner overflow, he estimated 30 percent of officers are now watching over prisoners instead of policing the streets.

"The majority are people who are poor," he said of the prisoners. "People who have no means of defending themselves."

Saab did not reveal any further details about the fire.

US sends $2.5M in aid to Venezuelans in Colombia