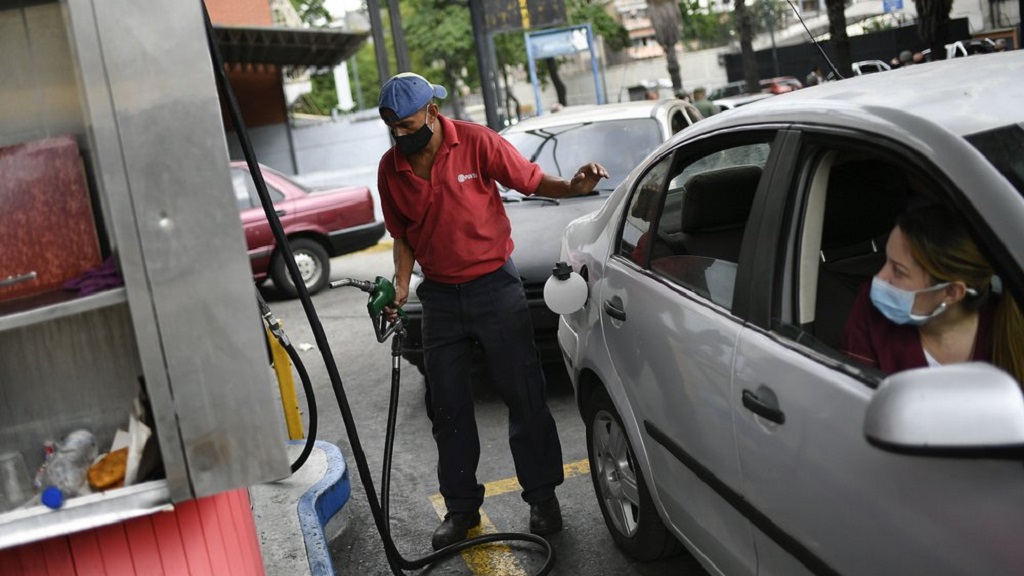 A worker wearing a face mask amid the new coronavirus pandemic works to fill up a client's gas tank at a PDVSA state oil company gas station in Caracas, Venezuela, Monday, May 25, 2020. The first of five tankers loaded with gasoline sent from Iran this week is expected to temporarily ease Venezuela's fuel crunch while defying Trump administration sanctions targeting the two U.S. foes. (AP Photo/Matias Delacroix)

Venezuelan authorities celebrated Monday as the first of five Iranian tankers loaded with gasoline docked in the South American country, delivering badly needed fuel to the crisis-stricken nation that sits atop the world's largest oil reserves.

The gasoline shipments are arriving in defiance of stiff sanctions by the Trump administration against both nations, and they mark a new era in the burgeoning relationship between Venezuela and Iran, which is expanding its footprint in the Western Hemisphere. 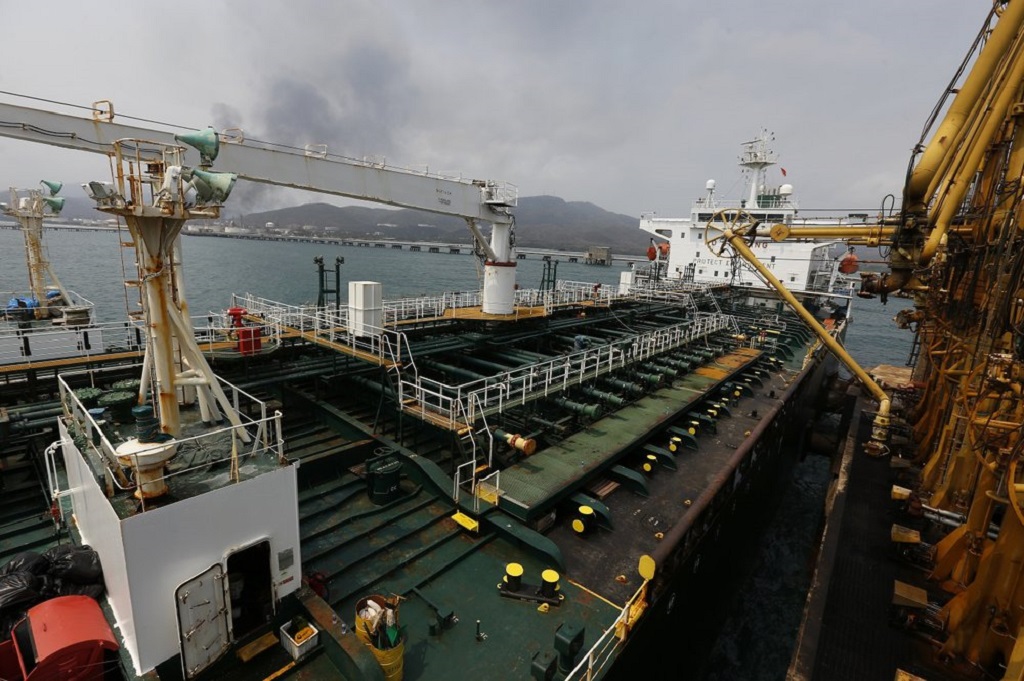 Washington says both Iran and Venezuela are ruled by repressive regimes. It recently offering a $15 million reward for President Nicolás Maduro's arrest on drug smuggling charges in a "maximum pressure" campaign against the socialist leader.

Washington recognizes opposition politician Juan Guaidó as Venezuela's legitimate leader in a coalition of nearly 60 nations, which consider Maduro's election a fraud because his most popular rivals were banned from running.

In a sign of rising tension inside Venezuela, the chief prosecutor on Monday asked the pro-Maduro Supreme Court to decide whether Guaidó's political party Popular Will should be designated a terrorist organization.

"Confronted with the impossibility of obtaining power through votes, Popular Will has turned to violence," Attorney General Tarek William Saab said, accusing the party of hiring "mercenaries" who carried out a recent failed incursion, among other alleged acts. Guaidó advisers had dealt with the man leading the attempt, though Guaidó himself denied any involvement.

The first Iranian ship to arrive, the Fortune, is trailed by four other tankers expected to arrive in the next few days. The shipments, however, only carry enough fuel for two or three weeks, analysts say.

Russ Dallen, head of the Miami-based investment firm Caracas Capital Markets, said the Iranian shipments were anything but a victory for Venezuelans. The first tanker carries an estimated 11 million gallons of gasoline to a nation with roughly 5 million cars, he said.

"Venezuela, the country with the largest oil reserves in the world, is now reduced to importing millions of gallons of gasoline from another failed pariah state halfway around the world," Dallen said.

Venezuela also has one of the world's largest refineries, which has fallen to disrepair. The country produces a fraction of oil it did when Maduro's predecessor, the late Hugo Chávez, rose to power two decades ago and launched Venezuela's socialist revolution.

Critics blame corruption and mismanagement amid an economic crisis that has led to huge migration by Venezuelans seeking to escape poverty, shortages of basic goods and crime.

Deep gasoline shortages have plagued Venezuela for years, though the problem had until recently largely spared the capital of Caracas.

Despite Washington's objections, the first ship arrived with no interference from US ships patrolling the Caribbean on what officials call a drug interdiction mission.

Maduro on Sunday expressed gratitude to Iranian President Hassan Rouhani, Iran's Supreme Leader Ayatollah Ai Khamenei and the Iranian people from "the bottom of my heart." He said Iran and Venezuela have a right just like any other nations in the world to engage in trade.

We are "two rebel nations, two revolutionary nations that will never kneel down before US imperialism," Maduro said. "Venezuela has friends in this world, and brave friends at that."

5 Iran tankers sailing to Venezuela amid US pressure tactics