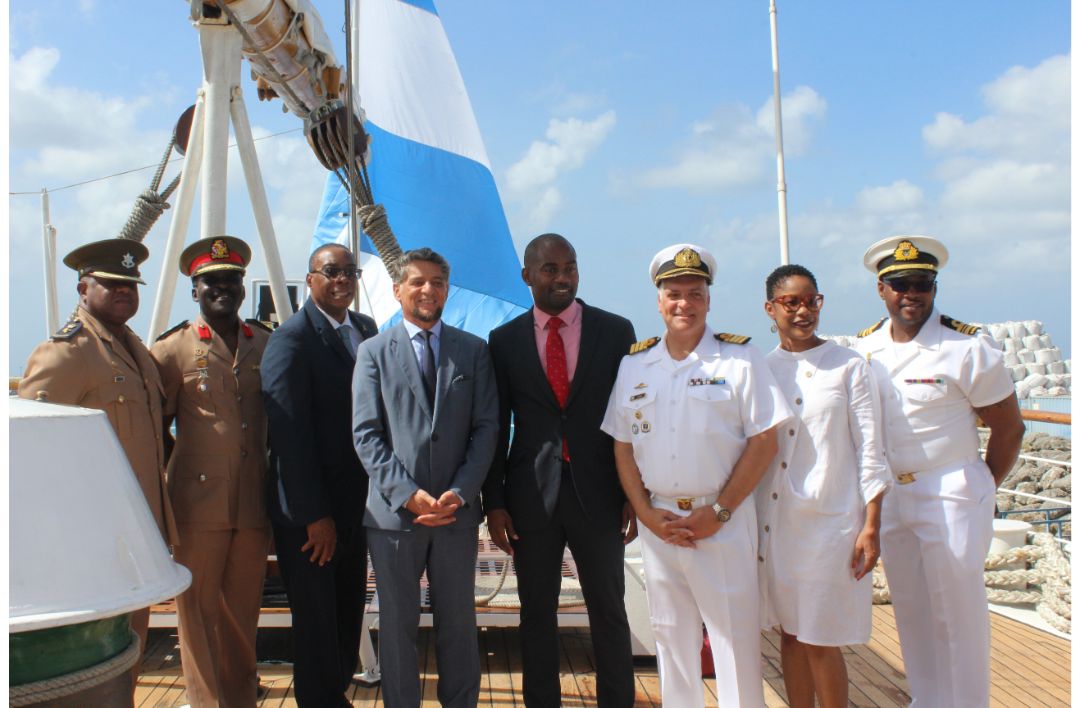 For the first time in history, an Argentine naval vessel has made a call to the Barbados port.

The Frigate ARA Libertad and its 286 crew members arrived in Barbados today, December 15. Captain and crew were welcomed by Government Ministers and other officials, The Argentine Ambassador as well as uniformed units from the Barbados Cadet Corps and the Barbados Defense Force.

During a press briefing on board the vessel, Minister of Maritime Affairs and the Blue Economy said these opportunities for potential training exist and must be taken advantage off.

“We do not have the resources to sometimes do all the things we want to do … hopefully at some time in the future Barbadians can train on board this vessel and develop the skills to build out our maritime sector. It is important that we have the skills for persons operating on the sea.”

The Minister disclosed that the International Maritime audit, conducted last year, showed Barbados had failed in more than twenty areas of sea operations.

“We have been working assiduously to repair that and one of the things that we would need to do is train people to do port stake controls and monitor the ships that come and go, that is vital.”

The call is part of the itinerary of the vessel during the one-year training program for its crew who will go on to graduate and take up the post of navy officers.

Frigate ARA Libertad will remain docked at the Flour Mill at the Might Grynner Highway until Tuesday December 17 and members of the public are invited to tour the vessel daily between the hours of 2.30 to 4.30 pm.