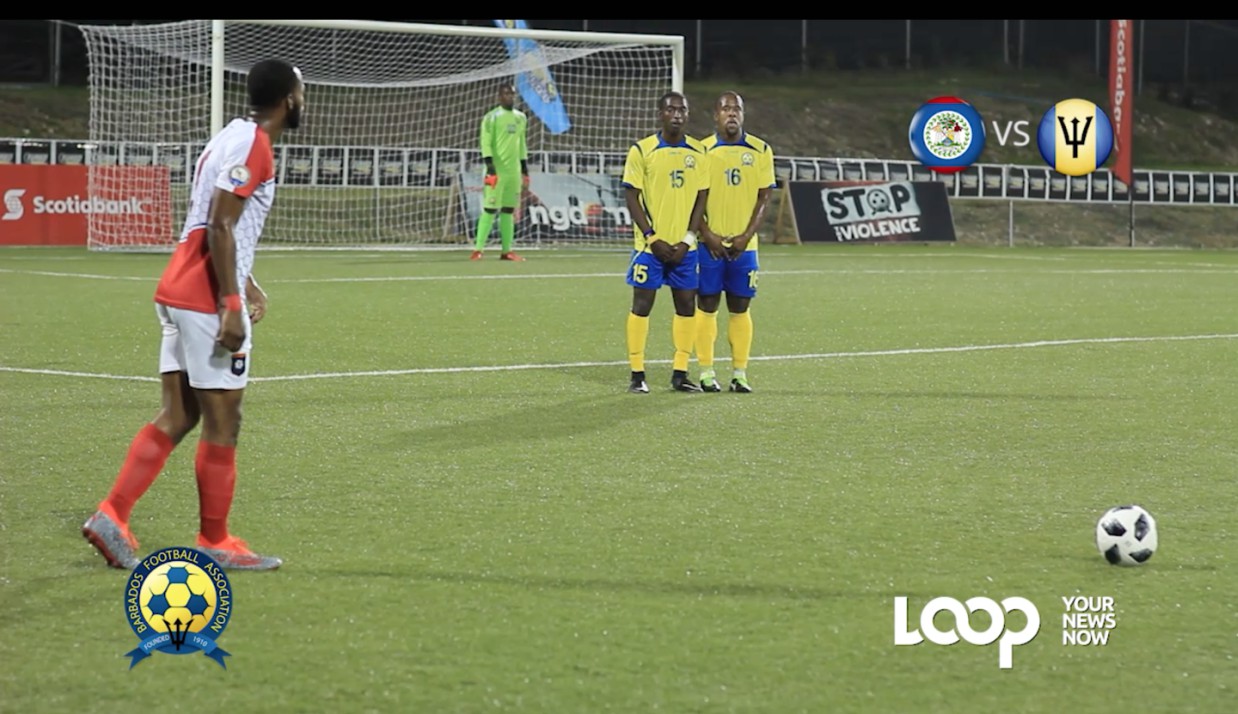 The Barbados Senior Men’s football team earned their second consecutive clean sheet in as many matches this year, after a 0-0 tie with Belize Sunday night at the Barbados Football Association (BFA) Wildey Astroturf.

The Tridents were boisterously supported by a huge crowd who were involved in every tackle, dribble and opportunity created; notably becoming the 12th man that the youthful squad needed.

The game was off to an intense start which forced both teams into a number of turnovers and mistimed challenges; frustrating to most of the spectators.

Barbados benefited from one of those mistimed challenges in the 6th minute but captain Rashad Jules’ free-kick from on the edge of the area went narrowly over the top right hand corner.

Four minutes later it was Belize who missed a golden opportunity to break the deadlock.  A long ball into the Barbados penalty area found Jarrett Davis unmarked but he missed the ball completely from six yards.

In the 12th minute Davis was creating more misery for the flat Barbados backline, as he timed his run to perfection to beat the offside trap, but was brilliantly denied by Barbados goalkeeper Kishmar Primus.

As both teams tried to take sole command of the encounter, there was still a bit of “sea-saw” spells of possession, particularly in the midfield.

Primus was called into action again in the 24th minute after some sloppy play in the back by his defenders.

A slow, careless and unconfident build up in the back was intercepted by Belize leading goal scorer Deon McCaulay but his left footed shot was parried away by the Barbados Defense Force Sports Programme (BDFSP) #1.

The Tridents missed the best opportunity of the half in the 30th minute.

A slick passing move, opened the space for Jules to penetrate on the right side, he crossed a delightful ball into the penalty area where an unmarked Hadan Holligan was in the prime position to convert but his diving headed effort, sent the ball far away from goal.

A number of substitutions were made by both teams in the second period of the game, which took away some momentum from the first half.

Barbados had two of the clearer opportunities to trouble the score card but Raheim Sargeant’s effort  from inside the penalty area in the 55th minute went high over the goal and Jules’ point blank effort from just inside the area was brilliantly saved by Belize captain and goalkeeper Woodrow West.

UWI Blackbirds pulled a win out the hat finally