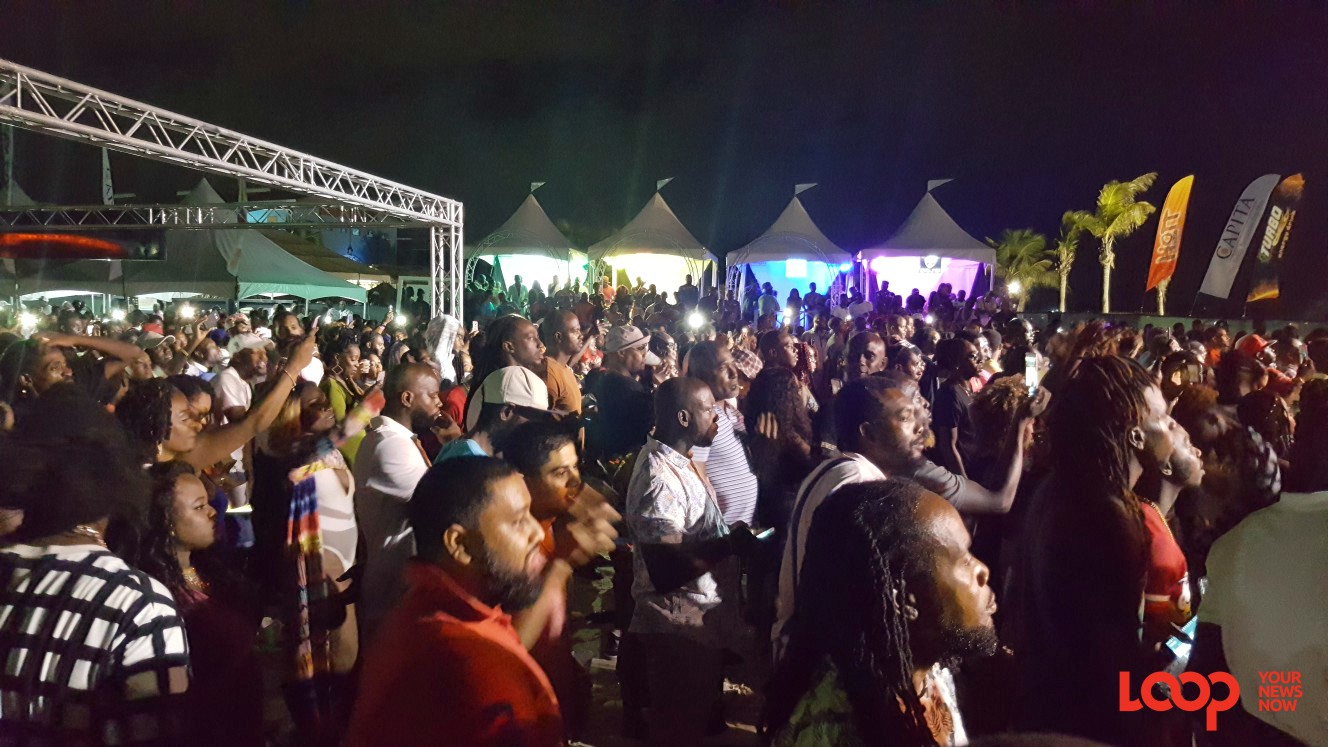 Thousands flocked to Hennessy Artistry on the Beach, but not in the early hours. By midway through the night, it was hard to find a comfy spot for your team in Pirate's Cove.

A much younger crowd flooded the Fire Island Pirate's Cove venue on Sunday evening from just after 6:00 pm to see their favourite acts from Barbados, Jamaica and the United States perform.

The beach party got underway at 4:00 pm with DJs Mikey Dread and Bon, Infamous and Lil Paul, English and Maniack, Hutchy and Sizz, Scott and Mali, and Ras and Chasey who flew the Barbados flag high as they entertained the small but growing crowd during the early hours of the evening. By 8:00 pm the crowd was spreading across the sand and had grown to a favourable size.

Guest DJs from Jamaica the talented, young DJ Snipa accompanied by his micman DJ 45 added flavour to the show playing many favourite reggae hits and entertaining patrons with great mixes. 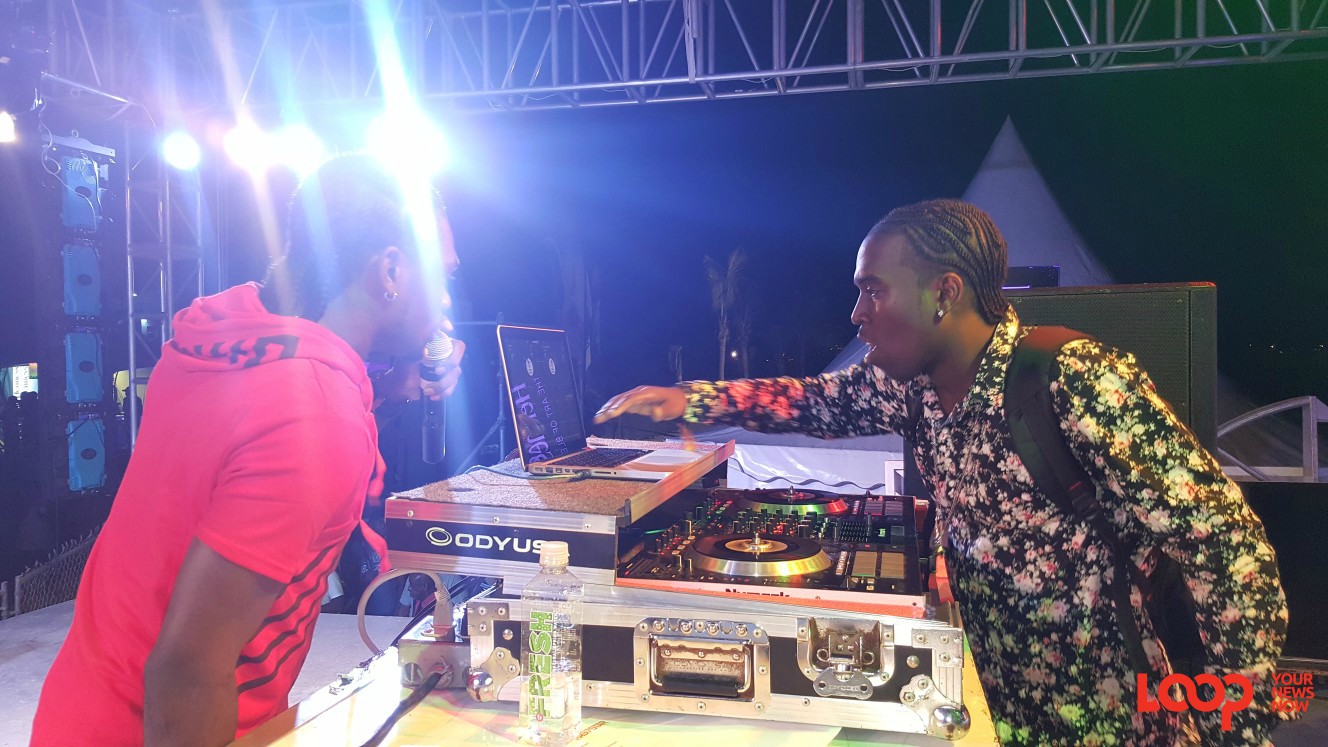 Although many patrons were stuck trying to figure out when the first performer would hit the stage, it was clear to see that Bmore, an artiste from the British Virgin Islands caught their attention when he entered the stage at almost 9:00 pm.

However, it wasn't until Scrilla graced the stage that patrons really started to shake a leg to the performers.

'I love to start a show! The first man sets the pace, that is important so I always feel good setting the pace. I think the energy was good and the crowd reaction was great!' said the bashment soca artiste, who was first up in the list of Bajan artites.

Speaking to Loop backstage, Scrilla also said there is a need for more local acts to be incorporated into shows like these, and he added that the Beach Party was a great addition to Hennessey Artistry so he would "be supporting the event in years to come."

Bringing the same energy was rap star Rico Maserati who performed his popular songs 'Ten Toes Down', 'Brother To Me' and 'Charlie'. Maserati had a fanbase on the beach and it was obvious as many sang along and snapped themselves singing "Shorty call me Charlie" and more. 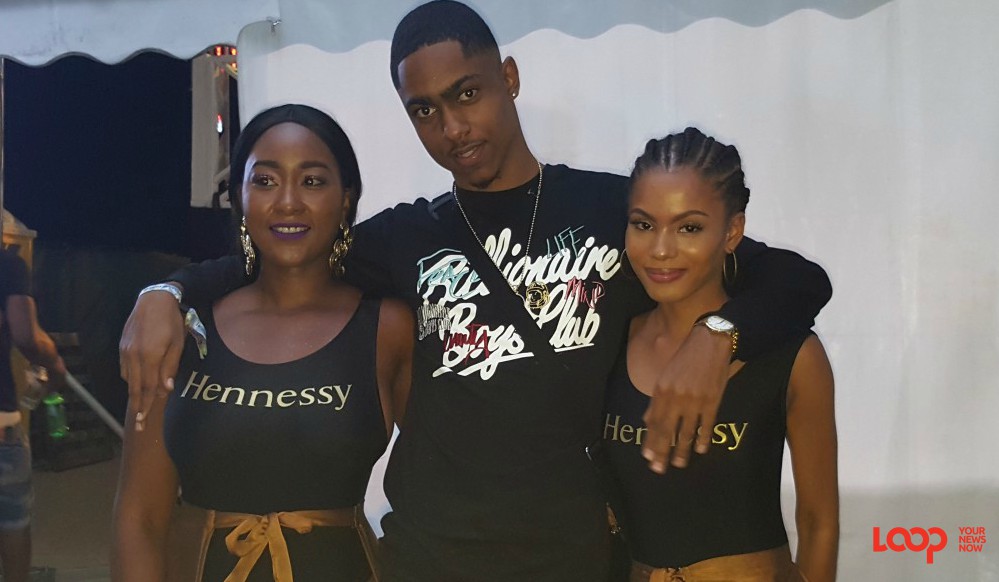 (Photo caption: Rico Maserati posing backstage with the Hennessy ladies before his performance)

Following him, the Bajan artistes who received the best crowd response were Bashment Soca King Stiffy and Marzville. Stiffy had patrons "plugged in tuh alllllll" singing along to many of his hit songs from throughout the years. Then like a relay team's third and fourth leg runners, he smoothly passed the baton to Marzville who gassed up the crowd with various genres of music. 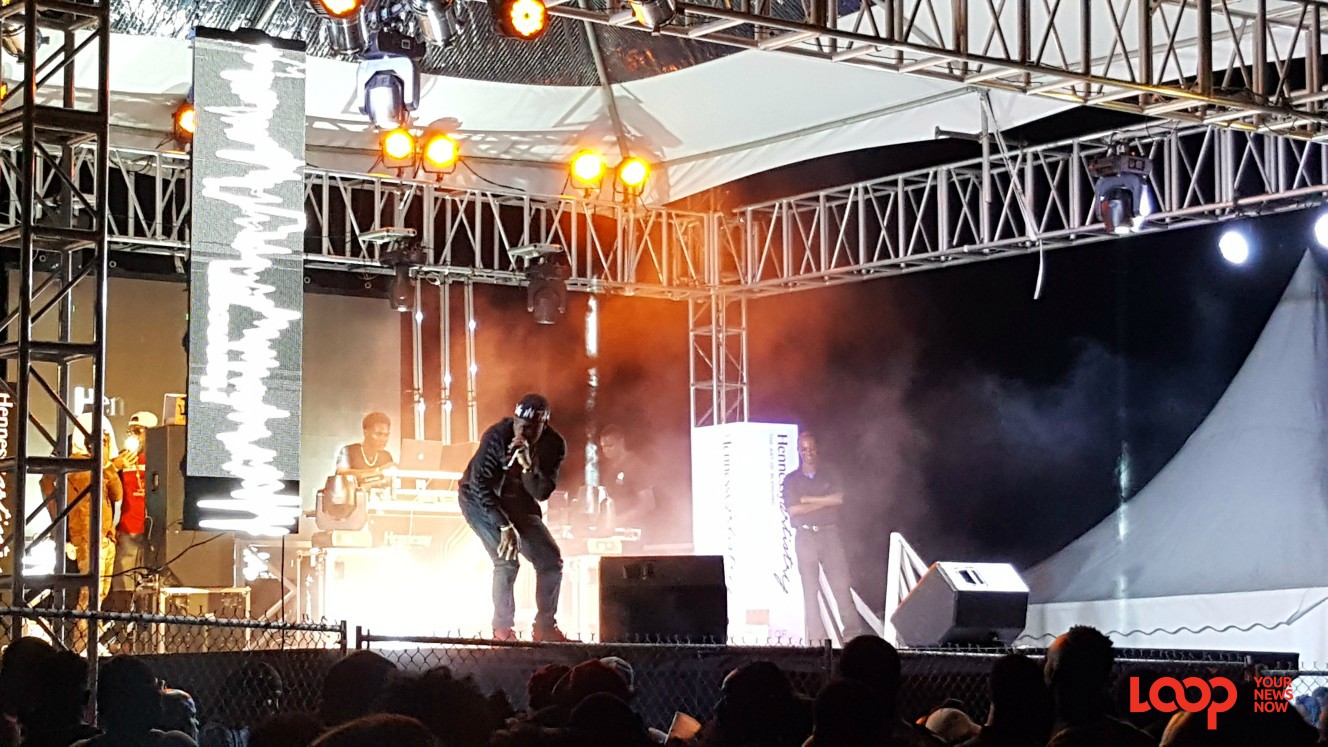 The next DJ from Jamaica proved that he wasn't there to play any games. DJ Tony Matterhorn's 30 minute set was energetic from start to finish and kept the crowd on their toes the entire time. Once he overcame some technical difficulties, it was clear that he enjoyed his set just as much as the thousands of patrons who had gathered by then. Some people even looked disappointed when he had to leave the stage.

Speaking to Loop afterwards backstage, he said:, "It was lovely but I wish they gave me more time, I wish they didn't stop me because I was ready to unleash again." Matterhorn has not gotten the chance to visit the island in nearly two years.

Matterhorn who referred to Barbados as 'Matterhorn Place', was pleased that the crowd stuck with him even during the initial technical difficulties. He praised them for seeming patient and unphased.

'When I came here the turntable wasn't working so I just noticed they just waited patiently and as soon as it start to work they were just excited. Once the music started playing, everything I said they laughed, they joked, they partied. It was perfect!'

During Riggo Suave's set that Matterhorn even decided to make his way back on stage to join the Caribbean DJ now based in New York, as Riggo had vibed and enjoyed his performance. 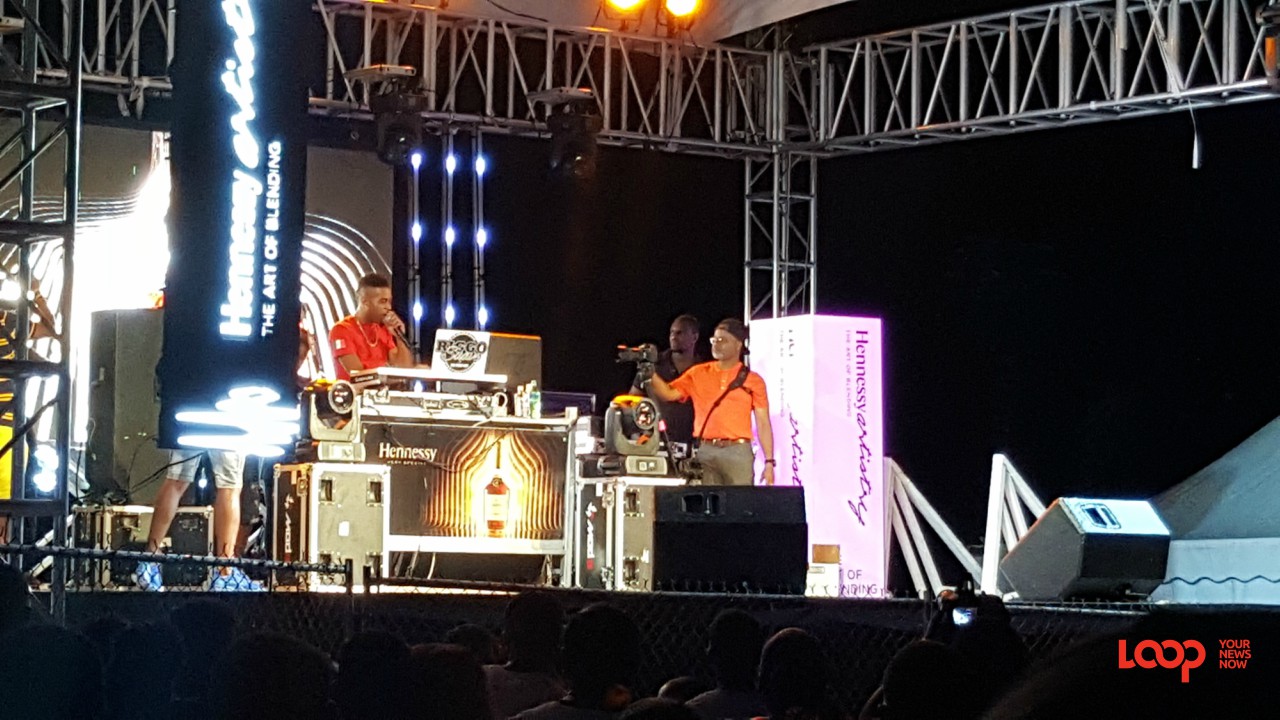 (Photo caption: Riggo Suave out of NY used his time to show the crowd how they do it in Brooklyn and he took it way back as well, showing his musical knowledge and versatility while keeping the crowd entertained.)

The show would not have been complete without the headliner - Jamaican dancehall star Popcaan.

As soon as he hit the stage, patrons drew closer, taking out their phones and cameras to capture the performance. 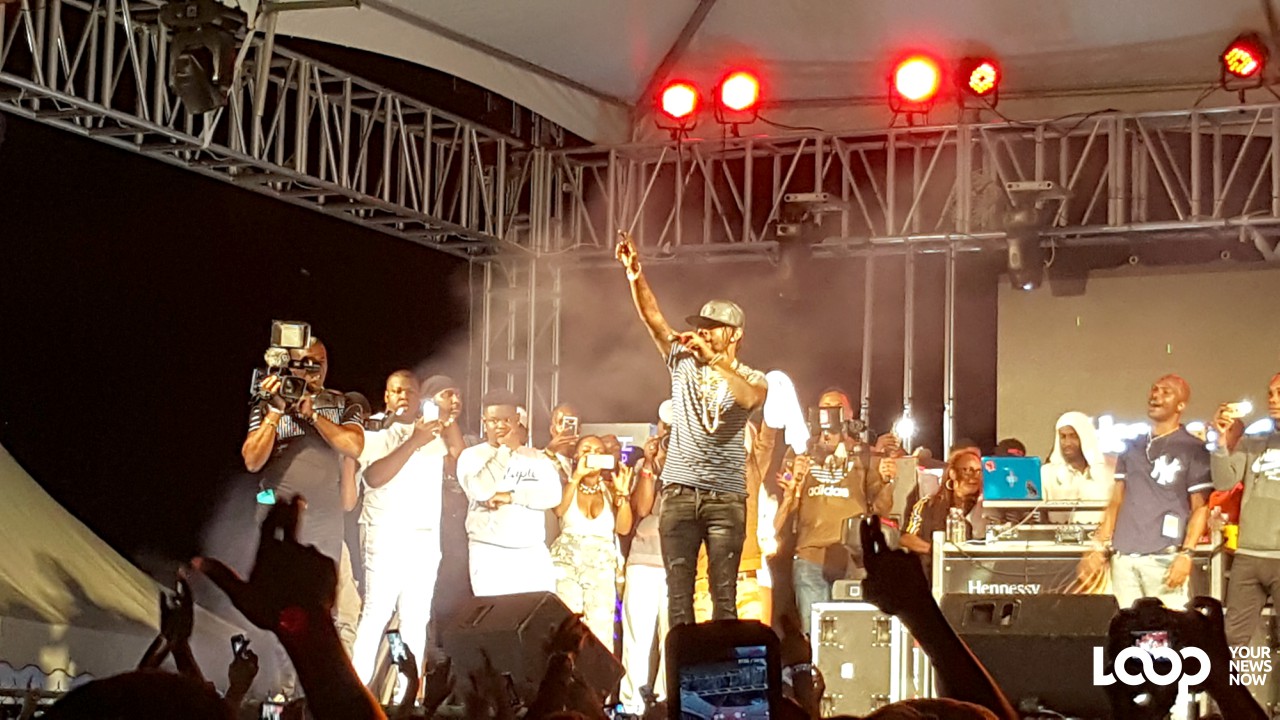 Popcaan made sure his fans were satisfied. He gave them a full performance singing many of his new tracks as well as some old ones which some patrons said they hadn't heard in years. Popcaan was to take the stage at 10:39 pm, but he didn't start to shell until around 11:00 pm. A few unlucky fans who trickled to the event just to take in his performance were too late to the Beach Party as the box office had closed and announced 'Sold out' just around 10:30 pm.

His performance, which stretched longer than expected, ran until after 12:30 am this morning.