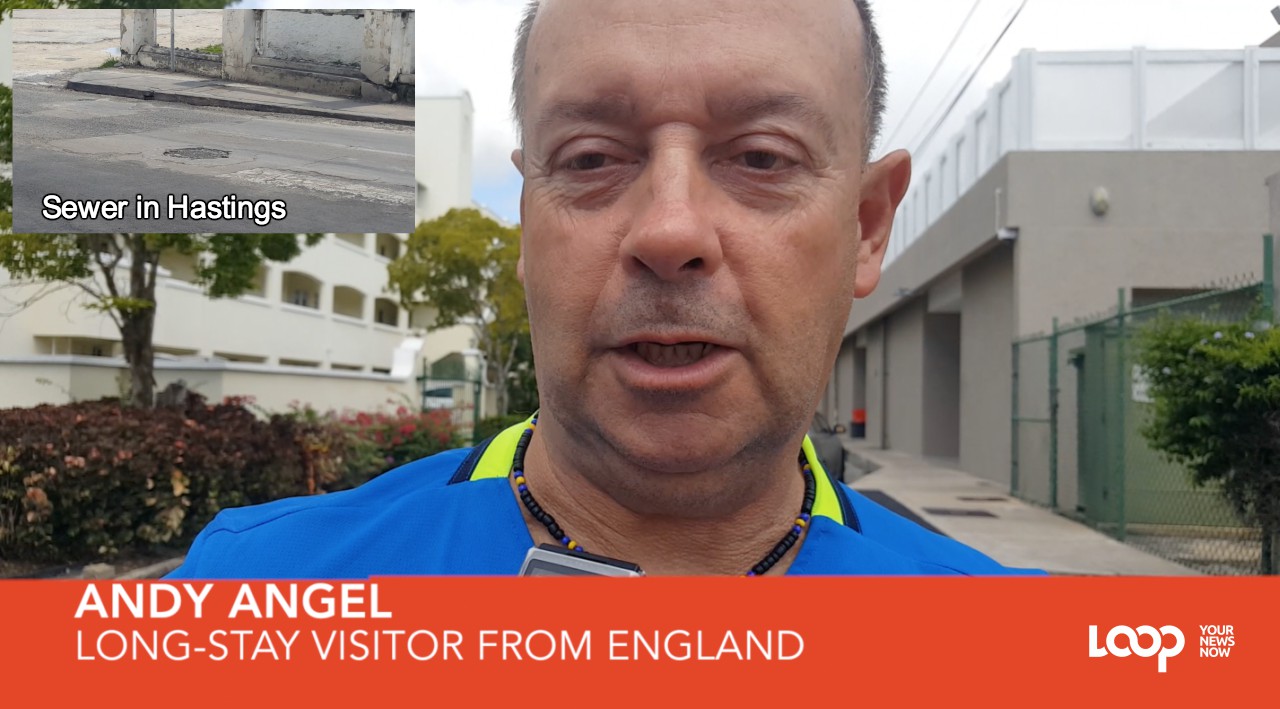 One visitor from England who resides in the area of Marigate Gardens on the South Coast is delighted that Highway 7 near Lanterns at Hastings has been dry for the past couple of days.

Delighted, Andy Angel said that he takes the absence of effluence in the streets over these four days as a good sign. Angel and his wife rent on the South Coast of Barbados for six months. This is something they have been doing for the last three years.

Angel said that "the most annoying" part of the sewage issue occurring on the South Coast is the lack of updates by the authorities and officials at the Barbados Water Authority (BWA) apart from what appears in the news. He told Loop News that even when the BWA conducts tests the results are not accessible. He said you hear work is being done with consultants and parts are being changed but "you never hear what the result of that is."

Knowing that the issue has been ongoing for "a year or more" he said that the only positive news so far is that the solution will not be quick, but will take some time, "and that is equally frustrating."

However, as he glanced at the problematic sewer, the one outside Lanterns at Hastings, which the Acting Chief Medical Officer deemed "most concerning", and saw it remained dry today, he smiled and added that he would still encourage others to visit Barbados in spite of the issue and the advisories from his home - the UK, along with Canada and the United States.

See the video below: