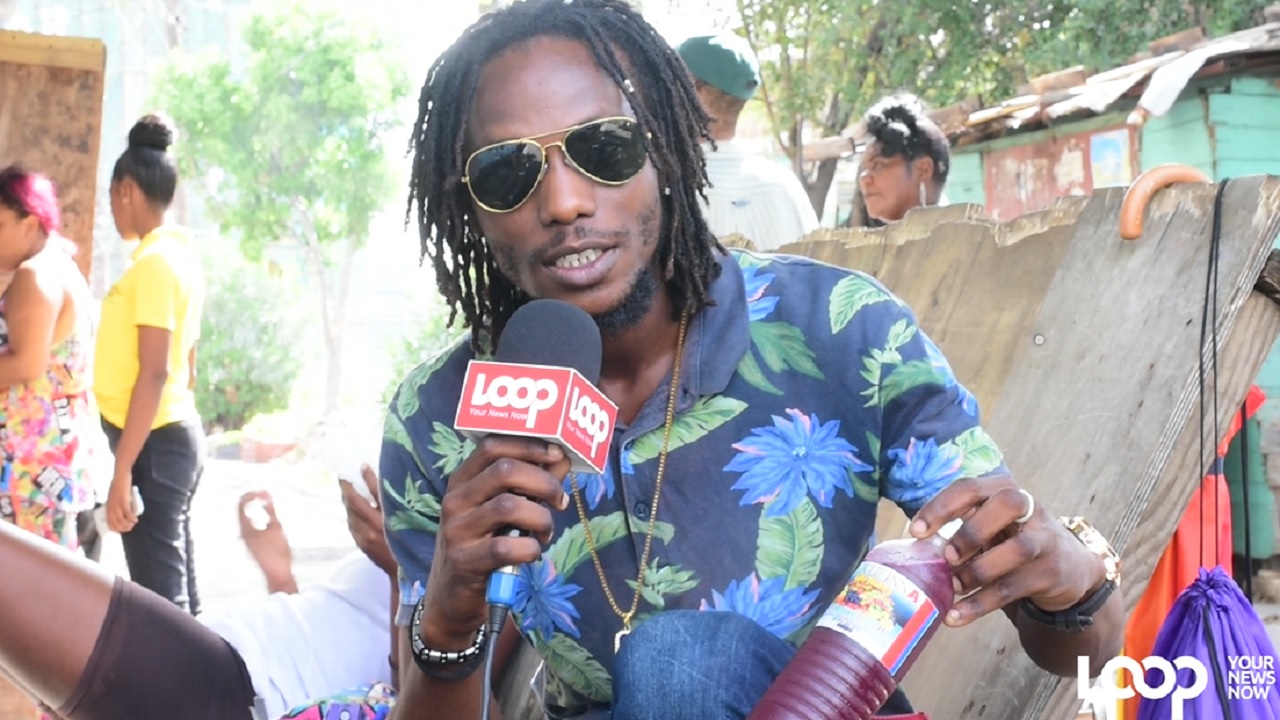 Dorando Miller with one of his 'Buck Up Inna' juice.

A juice vendor from downtown Kingston in Jamaica, once struggling to sell his product, said he has drastically increased sales by changing the name of the natural blends to the title of the popular Vybz Kartel song, ‘Buck Up Inna (Mhm Hm).

The 27-year-old business owner, Dorando Miller, said he has been making natural juices for years. But while the business was growing, the Rastafarian said it wasn’t developing at the pace he wished.

This however changed when he decided to change the brand of his product to reflect the title of Kartel’s song, arguably the hottest dancehall track on the streets today.

Sales have been booming since then, according to Miller. Numbered among his clients are overseas-based Jamaicans and Chinese workers on a construction site in the downtown area.

“Since the juice came out, Chinese workers are rushing the product …  they call it ‘gooda juice’,” said Miller.

Miller said he decided to venture into the juice-making business as a way to create a job for himself in a community where employment levels were low.

Young People In Business: Sade Arthur is full of ‘Glam’ and design