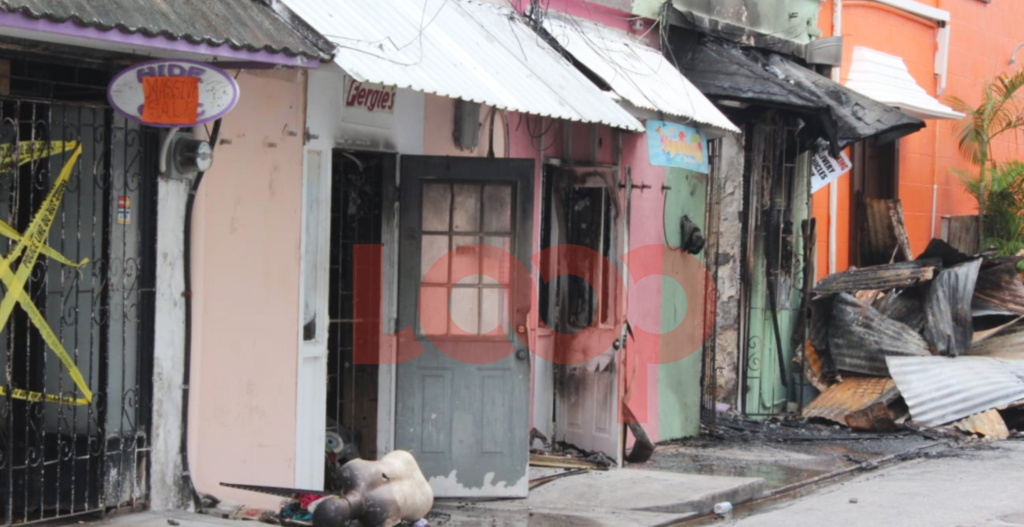 The scene along Bolton Lane in Bridgetown this afternoon after today's early morning fire. (Friday, October 19, 2018)

In the wee hours of this morning, another fire in a commercial building held the full attention of members of the Barbados Fire Service, taking this year's total to 21.

This is up from six this time last year.

Commercial fires have lept and almost quadrupled in 2018 when compared to the same period in 2017.

This morning, Friday, October 19, 2018, around 1:32 am, a call was made to the Barbados Fire Service to respond to the fire in Bolton Lane, Bridgetown, St. Michael.

Extinguished in just over two hours, when the water stopped, the smoke cleared and the dust settled, four stores were completely destroyed by the blaze.

Also of concern, motor vehicle fires have not quite doubled but they have increased from 35 at this time last year to 54 now. The last vehicle fire documented in the news was the fire in St. Peter involving one car.

It was partially damaged by the flames.

Giving advice to homeowners, Fire Officer Andrew Taylor of the Barbados Fire Service's Research and Planning Unit noted: "We have responded to three residential fires for the month so far and two derelict house fires as well."
And he shared:

"In terms of tips for persons - 1) Ensure that all appliances are unplugged before leaving home with the exception of the refrigerator. 2) Ensure that you do not start to cook if feeling fatigued. 3) Install smoke alarms and extinguishers in your home."

As it relates to derelict house fires, that figure too has jumped drastically, from two in 2017, to 12 as of today.

These figures do not take into account this morning's blaze.