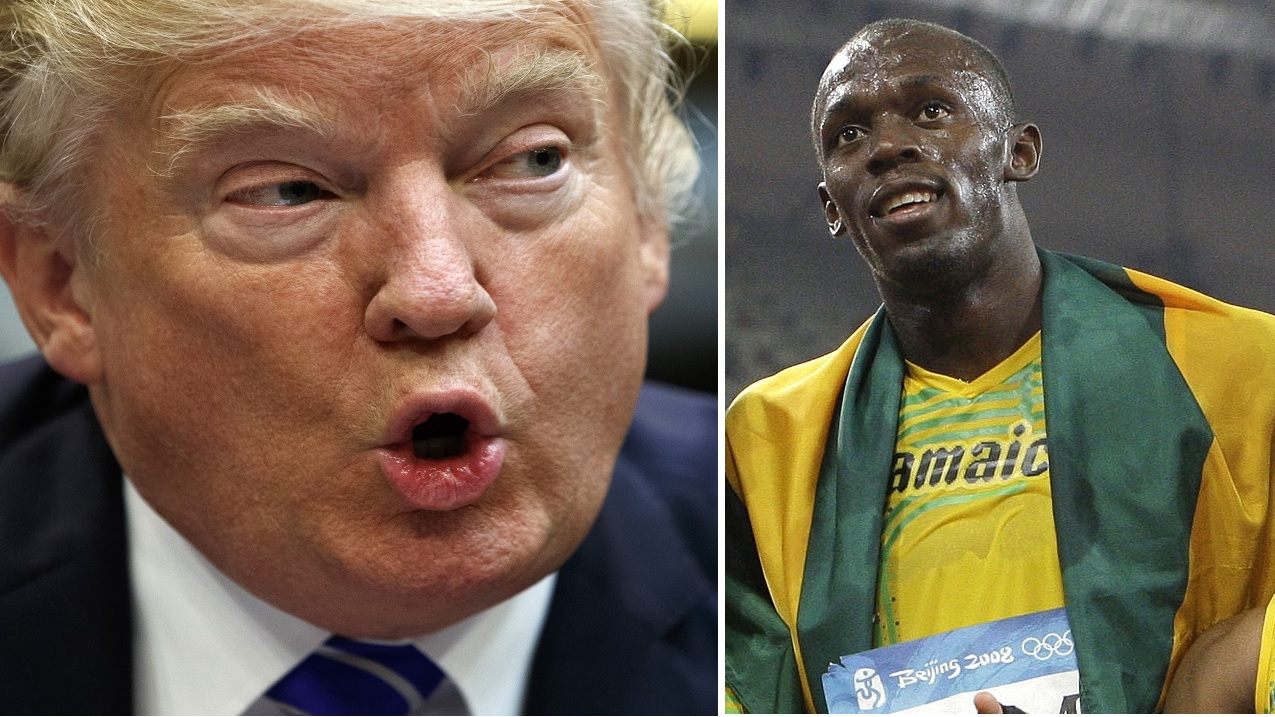 Jamaica’s sprinting sensation, Usain Bolt has found himself dragged into a war of words between US president Donald Trump and professional athletes over the North American country’s national anthem.

On Tuesday night, Trump tweeted a 2012 video showing Bolt cutting off an interview after a race so that he could stand in silence for the US anthem.

“Even Usain Bolt from Jamaica, one of the greatest runners and athletes of all time, showed RESPECT for our National Anthem,” Trump tweeted.

The tweet included an image of both the Jamaican and US national flags. It has attracted more than 32,000 retweets and 102,000 likes. 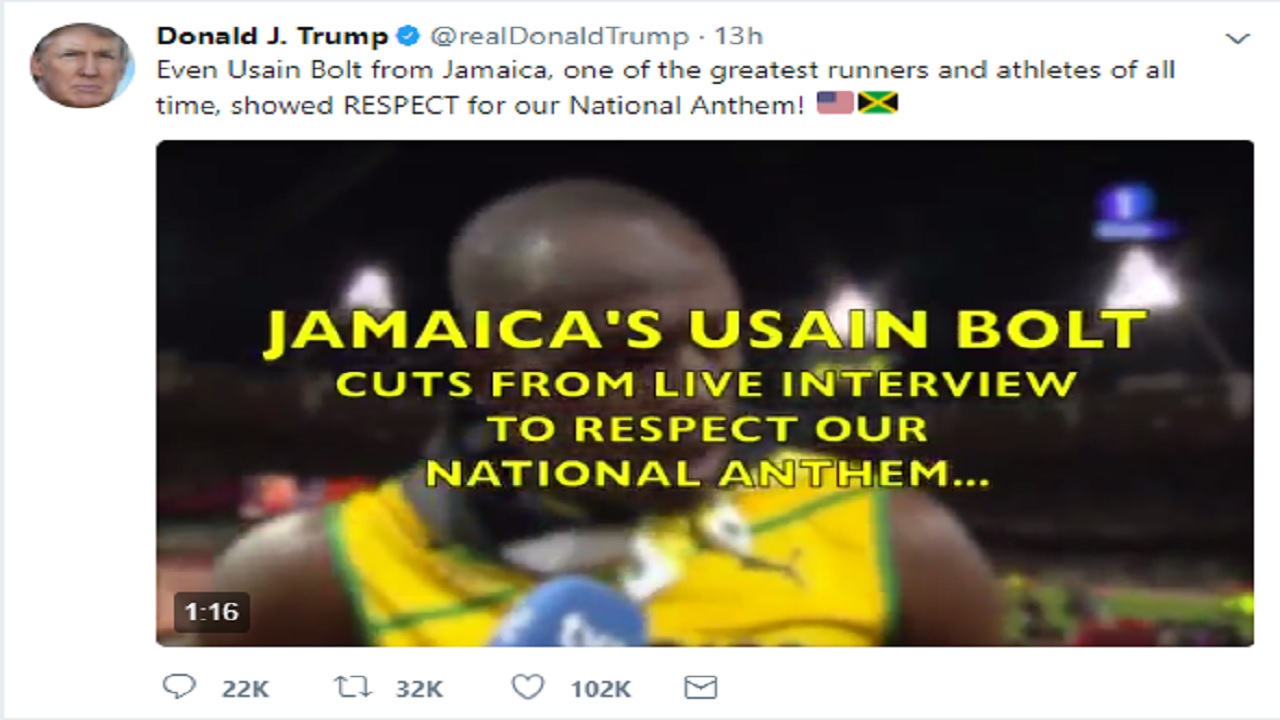 Trump and US National Football League (NFL) players have been embroiled in a feud since last week when the president said that NFL players who kneel during the anthem – in protest of social issues -should be fired.

That prompted more players to kneel during the last round of games. Other players stood and locked arms with teammates or stayed in the locker room until after the anthem was played.

The taking of a knee during the national anthem was started last year by former San Francisco 49ers quarterback Colin Kaepernick to draw attention to social inequality and police treatment of blacks.

Watch the video of Bolt stopping an interview to respect the US national anthem below.

NFL owners speak out in support of players, against Trump