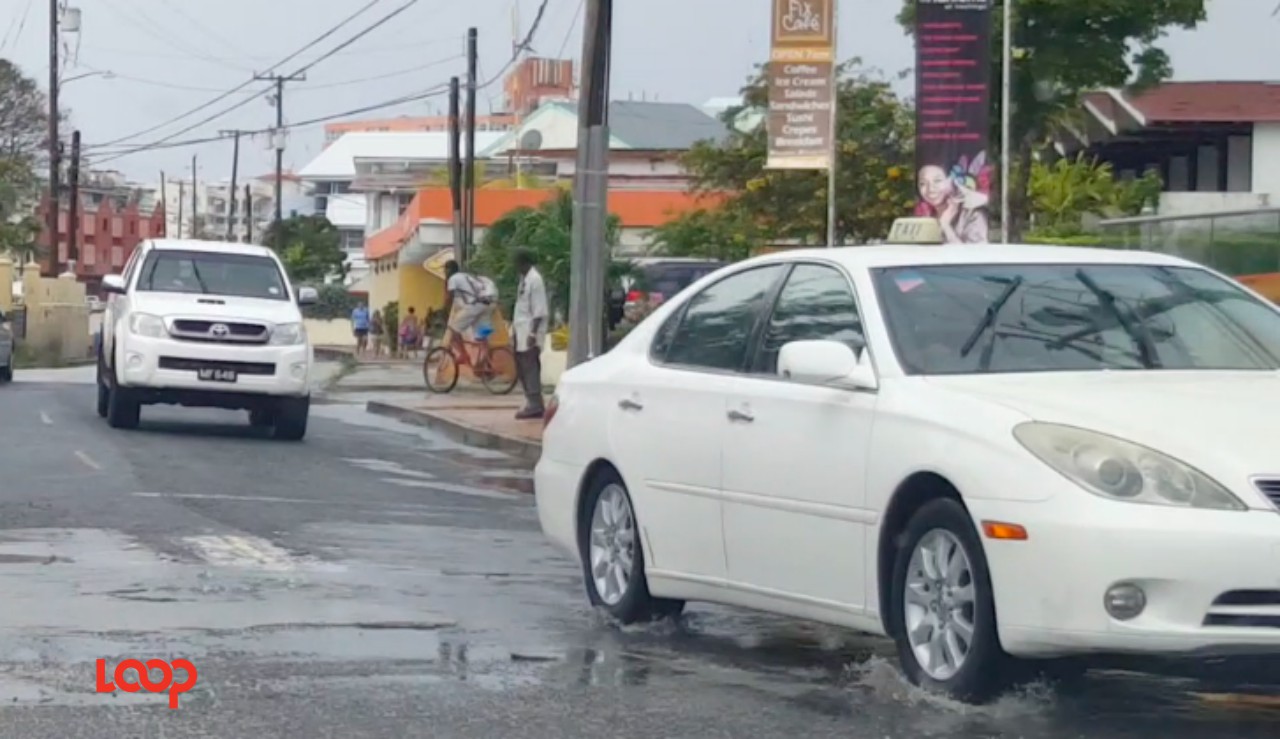 The stretch along Hastings near Lanterns where the sewer of 'most concern' is located.

Rains on the South Coast have made the streets more of a danger than usual as pedestrians try to avoid being splashed by passing cars.

This was seen firsthand as Loop News traversed the area today, Tuesday, February 13, 2018.

Tourists could be seen walking in Hastings, Christ Church, in flip-flops despite health alerts and travel advisories issued by foreign governments including Canada, the United Kingdom and the United States of America.

And under the present weather conditions, police told Loop that they would like for motorists to slow down in the areas of concern, namely in the vicinity of Lanterns at Hastings.

Constable David Alleyne of the Traffic Division has said that people are still splashing persons despite the signs along the South Coast beckoning drivers to reduce speed and slow down. It was pointed out to Loop News that the signs were erected by concerned business owners, members of the private sector and not the Ministry of Transport and Works (MTW).

Some of the gravel in the potholes located between the stretch between KFC Hastings and Margate Gardens is coming out due to the consistent rains and a steady flow of water as well. So persons get truly splashed if seeking shelter at the unmoved bus shelter in this problem area.

Previously, in early January 2018, the Acting Chief Medical Officer Dr. Kenneth George told the media that the Ministry of Health had honed in on the sewer cover in front of Lanterns and said that was of “most concern” to the Ministry at that point. He called on the properties in the area, especially food establishments to “report any cases to the Ministry of Health.” Since then 34 cases of illness met the criteria for the gastroenteritis outbreak investigation. And on January 25, the Ministry revealed that the epidemiological investigation conducted into the gastroenteritis outbreak on the South coast has concluded that the outbreak was “a localised food-borne disease outbreak at a specific food business”.

However, no businesses have not been closed as a result of the outbreak or unsanitary practices.

Police are, therefore, once again beseeching drivers to exercise caution and to be considerate of pedestrians as reports of splashing are being made too often.