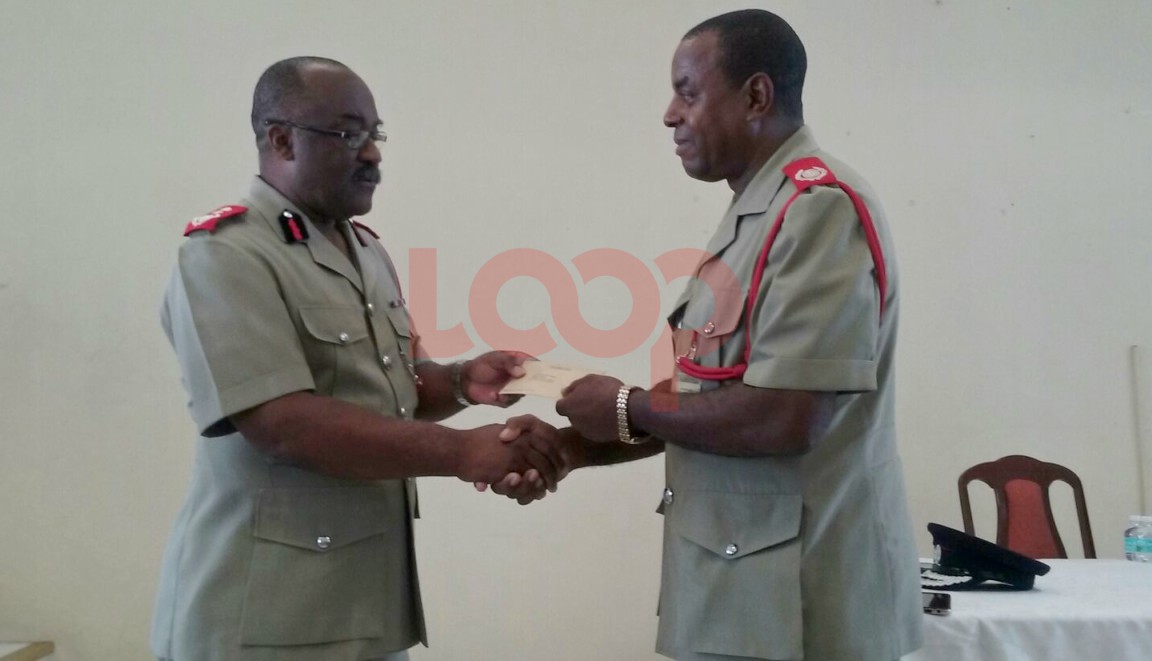 Three days shy of his 32nd anniversary in the BFS, Mr. Patrick was presented with his instruments of appointment and officially pinned by Chief Fire Officer, Errol Maynard during a short ceremony at the Bridgetown Fire Station today.

Maynard described his Deputy’s journey in the BFS as one that was filled with hard work, dedication and commitment to a profession he liked.

“That is testimony to the type of person and the hard work that he has given to this department,” the Fire Chief stated, while encouraging those among the junior ranks to follow the example set.

In response, Patrick started by expressing his thanks to God, his wife and colleagues, all of whom he said, had made today’s moment possible.

“I have made the point that no man is an island. You cannot achieve success or anything else on your own. And everything I have achieved, and where I am today is because of the input of somebody else,” he said.

The newly appointed Deputy Chief Fire Officer described life as a journey with today being a “pit stop” along the way to evaluate things and see how best to go forward.

To his fellow Fire Officers, Patrick said he wanted to solicit the same type of energy and input from them that they made in the past. “I want that same help and support from you going forward. It is one thing to be successful in achieving a post and another thing to be able to execute in that post.

“I don’t think I would be successful or be able to execute in the way that I really want if I don’t get the help of each and every member of the Barbados Fire Service,” he said, while giving the assurance that he was the same person he had been over the last 32 years.