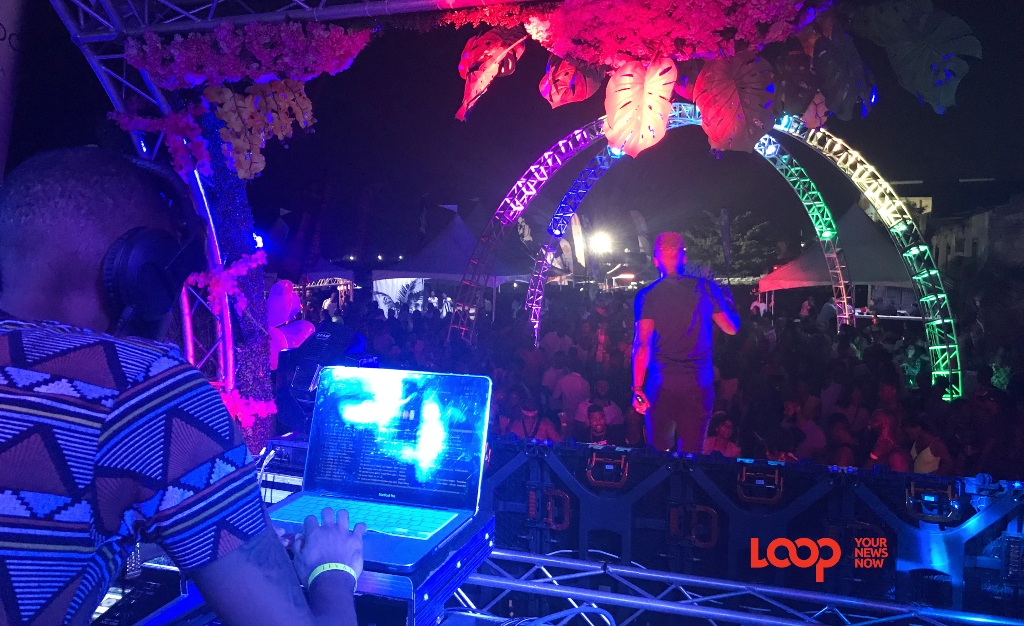 Hutchy and Sizz on stage at Elevate St. Tropez.

This year, the annual beach party moved from Daquiri Beach Pirates Cove to Soca Beach, one of the newest beach venues just a few yards away, and it was a success.

The change in location only seemed to add a new flair to the event, along with the colourful décor which fit in perfectly with the theme this year - “Summer Kissed”.

The entertainment package, however, was no different. DJs brought their A-game each set and did not disappoint.

As soon as Salt and Don hit the stage it was clear their eyes were set on the ladies. Their girls' segment with the combination of DJ Salt’s comical comments stood well with the women.

Daddy Bubbles and Evolution had versatility down packed, playing a range of old and new soca music before passing the baton to Vibe Nation's DJs Andwele and Reko Chase.

Jagwa’s oldie goldie session was a hit with the crowd, who was seen singing along word for word throughout most of his set.

Hutchy and Sizz followed suit and brought the event to an exciting finish.

The action kicked off at 3:00 pm, on Sunday, June 16, however, persons started arriving as the sun began to set. By around 8:00 pm Soca Beach was almost full to capacity. The popular event which usually attracts hundreds of patrons each year, hit similar numbers once again.

See the gallery below: